Japan defeated Asian baseball rival South Korea 10-8 on Saturday, wrapping up the Premier 12 super round and setting the stage for Sunday's championship rematch.

The final day of action at Tokyo Dome will see Mexico play the United States in the third-place game, with the winner earning a ticket to next year's 2020 Olympics tournament.

That will be followed by the final between Japan and defending champion South Korea.

With both teams already guaranteed a spot in the final, Saturday night's clash was simply a matter of pride, and that was enough to ensure a hard-fought game.

After a quiet start, Samurai Japan batted around in a six-run third inning. With the game tied 1-1, Yomiuri Giants captain Hayato Sakamoto doubled and was on third after a bunt single by Giants teammate Yoshihiro Maru. The Hiroshima Carp's Seiya Suzuki broke the tie with a flare single for his tournament-best 12th RBI. 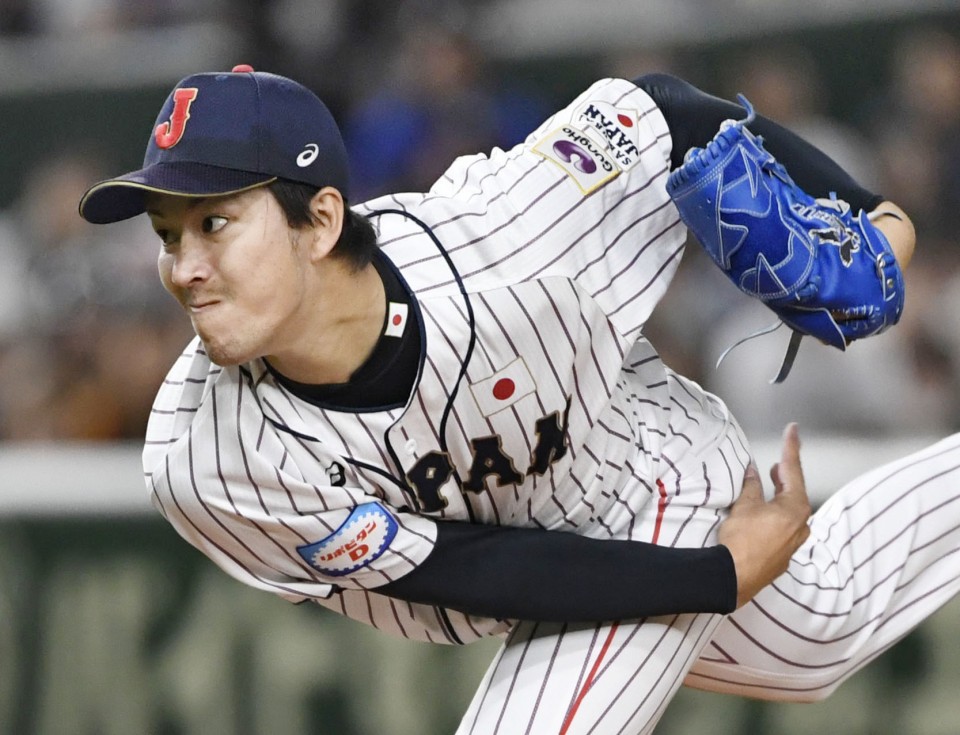 Rakuten Eagles right-hander Takayuki Kishi started for Japan and retired the first six batters he faced. He went into the top of the fourth with a 7-1 lead only to get a taste of the same medicine his teammates had dished out. He surrendered six hits in a five-run inning capped by Kim Sang Su's two-out two-run double.

Chunichi Dragons lefty Yudai Ono got himself into trouble in the top of the fifth, and Suzuki got him out of it. With one out and the bases loaded, Kang Baek Ho drove a ball toward the right field corner only for Suzuki to make a good catch. 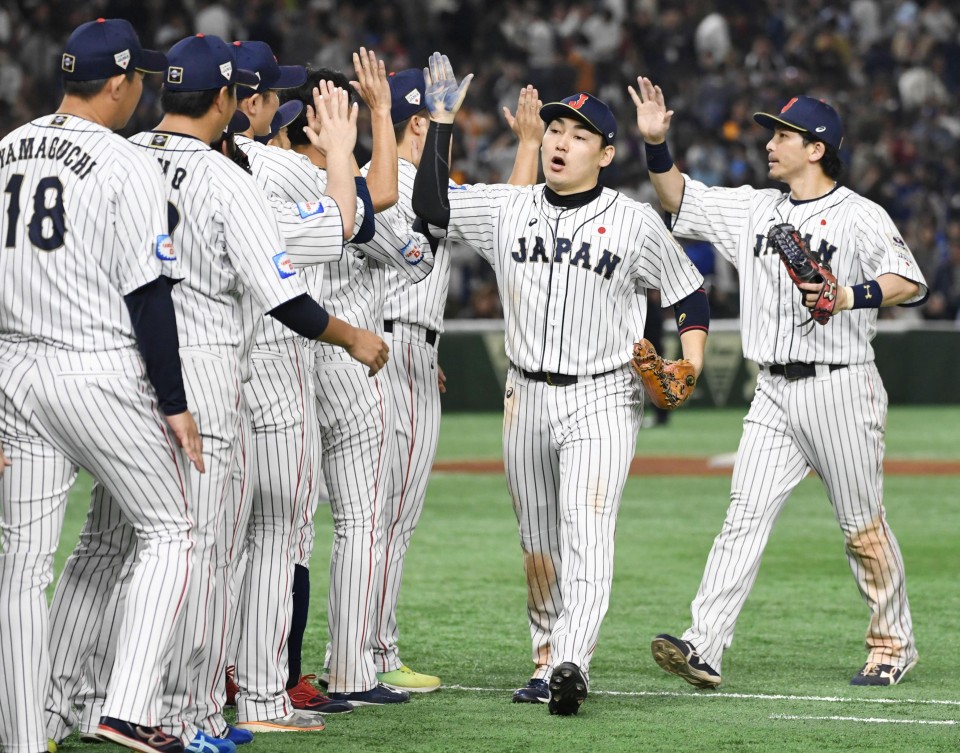 Yakult Swallows slugger Tetsuto Yamada doubled in a run in the fifth and then scored on a Maru double to give Japan a 9-6 lead only for South Korea to make it a one-run game in the seventh. Japan's Kensuke Kondo drove in the game's final run when he was hit by a pitch with the bases loaded in the bottom of the seventh.

Japan got on the board in the second when Ryosuke Kikuchi singled home Carp teammate Tsubasa Aizawa only for South Korea's Hwang Jae Gyun to tie it with his team's first hit off Kishi, a leadoff home run in the third.

In the afternoon game, Taiwan defeated Australia 5-1, earning the United States a chance to take on Mexico for third place on Saturday.