The Japan Rugby Football Union said Monday they will renew their contract with national head coach Jamie Joseph until the end of 2023, following the Brave Blossoms' breakthrough campaign at this year's World Cup.

The JRFU said they reached a decision to retain the 49-year-old New Zealander on Saturday, with Joseph's extended term running from Jan. 1, 2020 until Dec. 31, 2023. 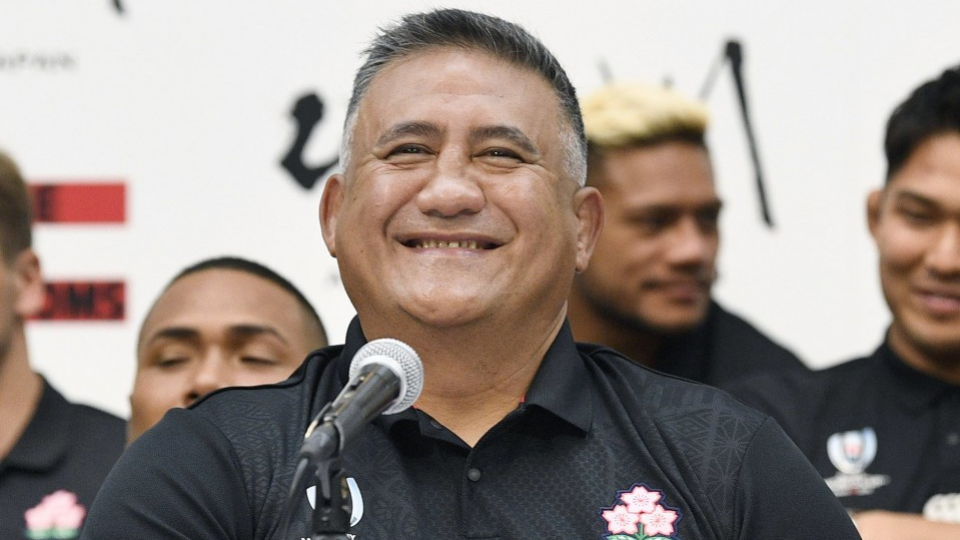 The Brave Blossoms reached the quarterfinals of the World Cup for the first time at this year's tournament across Japan before getting knocked out by eventual champions South Africa.

"We highly appreciate that (Joseph) built up the skills of the Japan players to the world level in just three years since taking over as head coach of the men's national team on Sept. 1, 2016," JRFU President Shigetaka Mori said in a statement.

"By leading us to the best eight for the first time at this year's Rugby World Cup in Japan, we were able to glimpse the backs of the world's best. I'm really looking forward to seeing how strong Japan can be under the guidance of Mr. Joseph."

Mori added his encouragement for the 2023 World Cup in France, saying the JRFU is putting its "complete trust and support in Mr. Joseph to deliver better results than this tournament."

In a statement provided to Kyodo News, Joseph expressed his "sincere gratitude" to Japanese rugby fans, along with the JRFU and everyone involved in the World Cup campaign.

Joseph said the Brave Blossoms, who reached their highest-ever ranking of world No. 6 during the tournament, must maintain the momentum they have built.

"We could achieve our target of reaching the top eight. However, if we look ahead to the future, there still are many things needed to be worked on," Joseph said. "I am now determined to develop the team more than ever."

The former All Black urged young players in Japan to stake their claim to national team selection ahead of the next World Cup.

"The preparation for the next World Cup starts today and it's important for all those younger players who want to be part of 'One Team' in 2023 to start challenging now," he said.