Japanese Foreign Minister Toshimitsu Motegi on Tuesday expressed "strong concern" over the situation in Hong Kong, where clashes between pro-democracy protesters and police have turned increasingly violent in recent days.

Motegi's comments came a day after protesters hunkered down in a university campus and hurled petrol bombs and bricks at police who retaliated with tear gas and a water cannon truck.

"We are viewing the situation with strong concern and are calling on involved parties to resolve the matter peacefully," he told a press conference. "We hope that the situation settles down and the stability of Hong Kong will be preserved."

Motegi also confirmed a report that a Japanese man in his 20s was arrested near the Hong Kong Polytechnic University on Sunday, adding that the government was working to secure his release. 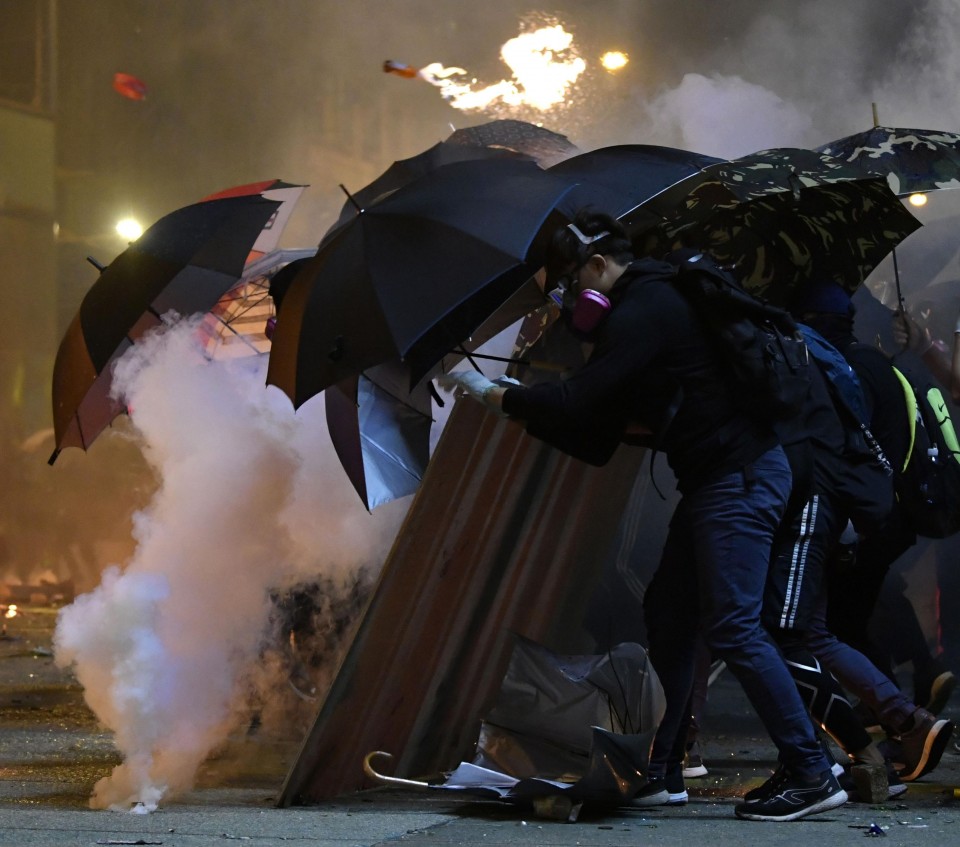 A government source said the man is Hikaru Ida, a 21-year-old student at the Tokyo University of Agriculture. Motegi said he was a tourist and that an official from Japan's consulate general in Hong Kong confirmed Monday he is uninjured and in good health.

Local police arrested about 400 protesters who had occupied the university and are demanding the surrender of some 100 others, Hong Kong leader Carrie Lam said.

As China seeks to contain growing unrest in the semi-autonomous territory, sparked by a now-withdrawn bill to allow extraditions to the mainland, critics have warned of a potential clampdown.

U.S. Secretary of State Mike Pompeo on Monday voiced "grave concern" over the situation and called on China's ruling Communist Party to "honor its promises" under the terms of the Hong Kong's return from Britain in 1997.