1 year before U.S. election, support for Trump appearing to hold

With about a year to go before the U.S. presidential election, Roy Mikolaj, a 53-year-old resident of the U.S. Midwest state of Ohio, already knows who will have his support in 2020 -- Donald Trump.

Mikolaj is a registered Democrat. But in the previous election in 2016, he was one of the workers in the declining industrial area known as the "Rust Belt" who voted for Trump, a trend that propelled the Republican nominee to the White House after he campaigned to bring jobs back from U.S. trade partners such as China, Japan and Mexico.

Following Trump's nearly three years in office, the situation faced by the Ohio local is far from rosy. An iconic General Motors Co. car factory near his home, where he had worked for around 23 years and hoped to continue to serve until his retirement, halted production in March.

But Mikolaj does not blame Trump for the plant shutdown. As for the impeachment inquiry over allegations Trump pressured Ukraine's leader to dig up potentially damaging information on his political rival, Joe Biden, Mikolaj brushes it off as "nonsense stuff" in a bid by Democrats to discredit the president.

"I voted for President Trump and I stand by him. I think he's our country's best interest," he said in mid-October, just outside the Lordstown factory where he was protesting with other workers against GM. 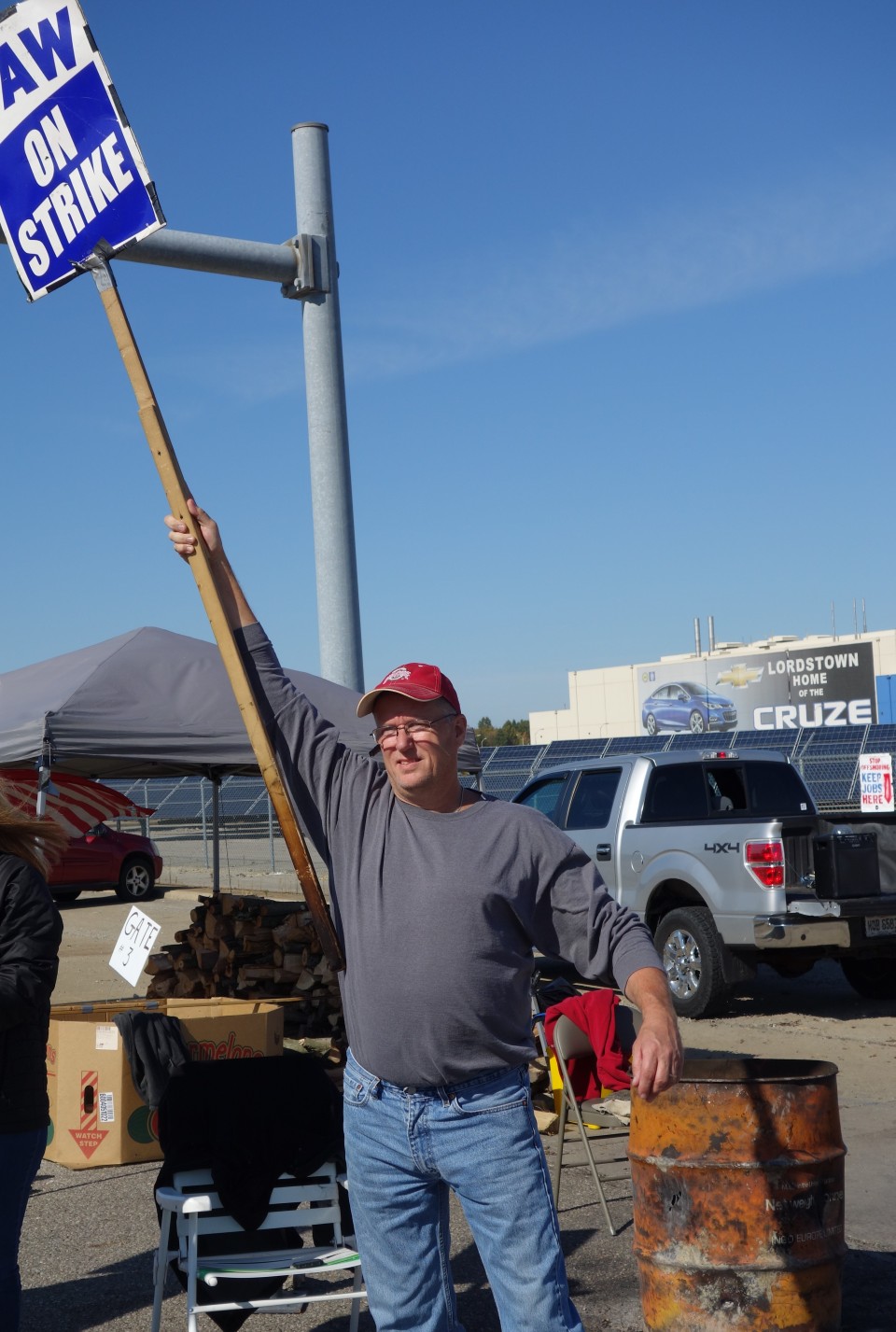 (Roy Mikolaj, right, 53, waves a sign that he is on strike to cars passing by outside a General Motors Co. car factory in northeastern Ohioon Oct. 15, 2019. GM has decided to close the plant.)

Other locals, however, voiced different opinions about the president. "He told people 'Don't sell your homes. We're bringing jobs back to America.' What has he brought back?" a retired GM worker, who asked to be named only as Louis, said angrily.

Louis expressed hope that Ohio will "swing" back in the Nov. 3, 2020 election to support a Democratic candidate.

Ohio, known as a bellwether state that has voted for the winner in the past 14 presidential elections since 1964, is expected to be a battleground once again, along with other Rust Belt states running across parts of the Midwest and Northeast.

The Rust Belt area does not seem to be witnessing a huge drop-off in its support for Trump so far, said Paul Sracic, a professor of politics and international relations at Youngstown State University in Ohio. Sracic also noted during the recent interview that it is too early to predict anything when the Democratic presidential nominee has not even been chosen yet.

Polls have shown that former Vice President Biden, 76, and two senators -- 70-year-old Elizabeth Warren and 78-year-old Bernie Sanders -- are among the frontrunners in the crowded Democratic nomination race.

Biden is well-known nationally from having served as Barack Obama's vice president for eight years from 2009, although his age and verbal gaffes remain a concern. Calling himself a champion of the middle class, Biden is said to appeal to white working-class voters and his moderate policies are believed to have the potential to win back votes that went to Trump in 2016.

Warren, a former Harvard University law professor, has become a rising star while pledging to tax the wealthy to finance a public health care program for all Americans, student loan debt relief and universal child care. But she and Sanders, who describes himself as a "democratic socialist," are often seen as too far left to secure broad support among the general electorate. 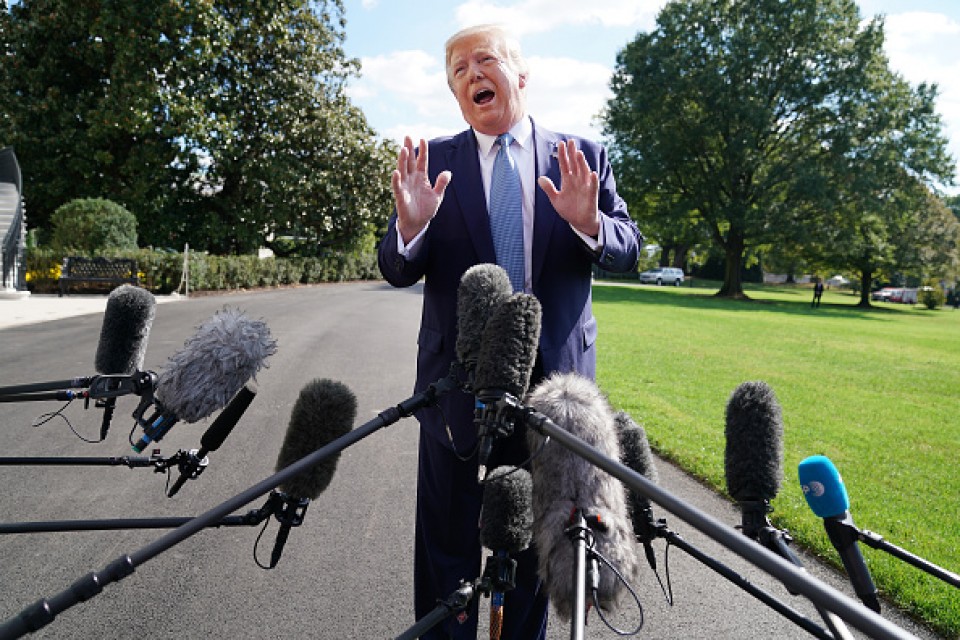 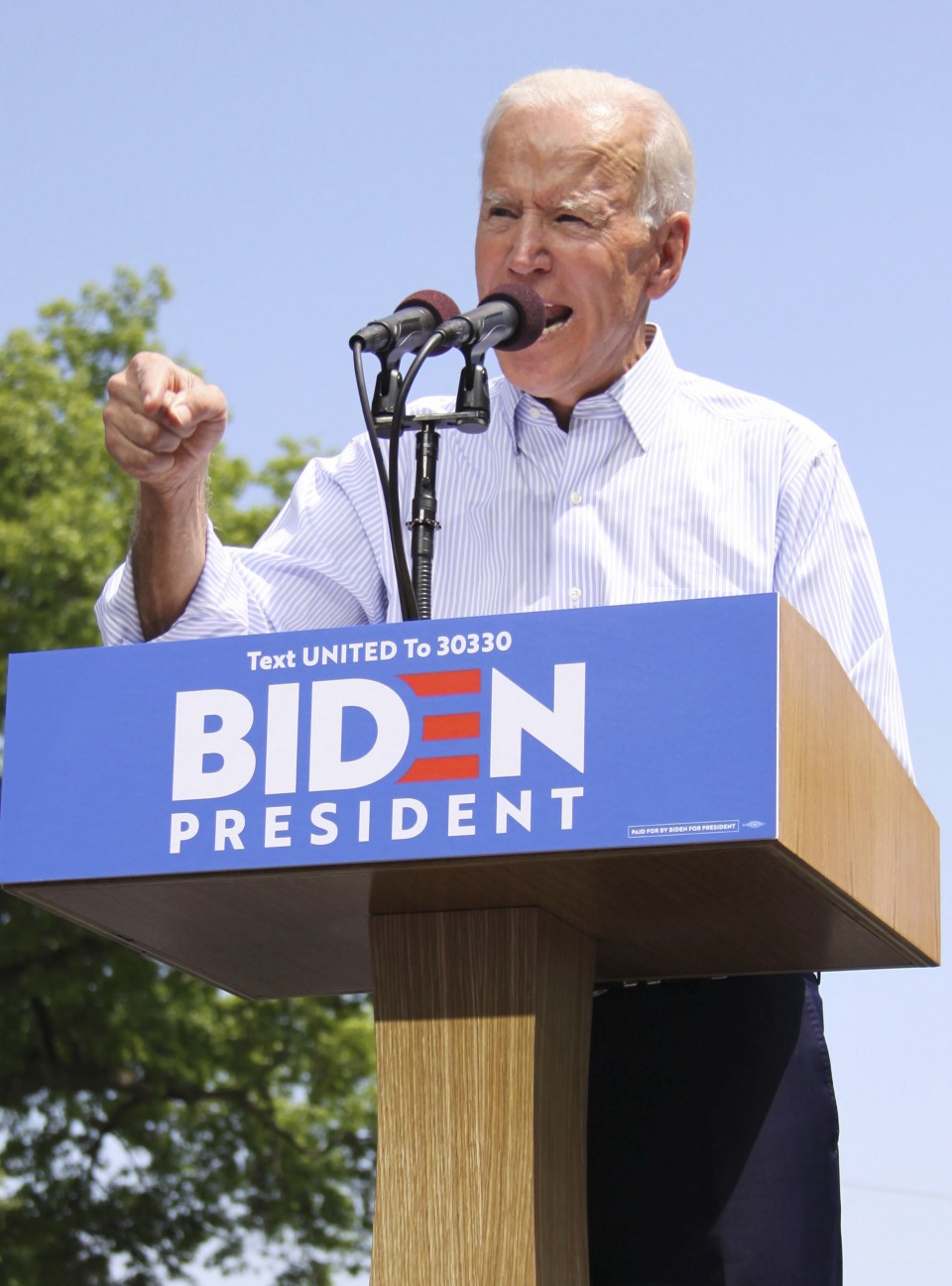 "For Democrats to win, they've got to win most of the states in the upper Midwest -- Ohio, Michigan, Wisconsin, Pennsylvania. That's the whole election. And those are moderate states that voted for Trump last time," Sracic said.

But whoever wins the Democratic presidential nomination next summer, the biggest challenge for the party will be to come up with a message that truly resonates with voters.

David Betras, a former Democratic Party leader in the northeast Ohio county of Mahoning, lamented over the party's messaging after watching a debate that took place in the state on Oct. 15 among the candidates vying for the official nomination.

"We were not talking about stuff we need to be talking about, which is declining wages, wealth inequality, how to solve these horrific trade deals that really devastated parts of the country and especially this county," he said, adding that too much focus went to the impeachment inquiry issue.

According to Betras, opposition to free trade deals and globalization runs deep in the area that had once flourished through steel production.

Many locals have blamed the closure of steel mills for international competition with countries like Japan and Germany after World War II, and complain that the North American Free Trade Agreement, created in 1994, has led to job losses as companies relocated their plants to Mexico for cheap labor.

Against this backdrop, Trump has struck a chord with many middle-class voters who continue to struggle with the "downward spiraling," especially through assertions that Washington has been "screwing" them for years by allowing immigrants from Mexico and elsewhere to enter the country and receive free education at the expense of U.S. taxpayers, Betras said.

"None of that is true, except that they have not had an increase in their wages," he said. But people were looking to place blame somewhere, whether it be on Washington, immigrants or foreign policy, and Trump has "connected with voters on an emotive level," the Ohio attorney said.

With the unemployment rate hitting the lowest level in about 50 years and stock markets running high, Betras said the Democrats will have an uphill battle to defeat Trump.

The Democrats "used to have this beautiful voice that sang to workers...(But now) they are trying to find their voice back again with working Americans," he said.

Sracic said Trump has "stolen" the message Democrats previously used to shore up support among workers in Ohio -- that they would get better trade deals to fix the economy. With Trump being the only one who actually renegotiated NAFTA, the Democratic Party is now apparently at a loss in telling voters what it can do to protect their jobs. 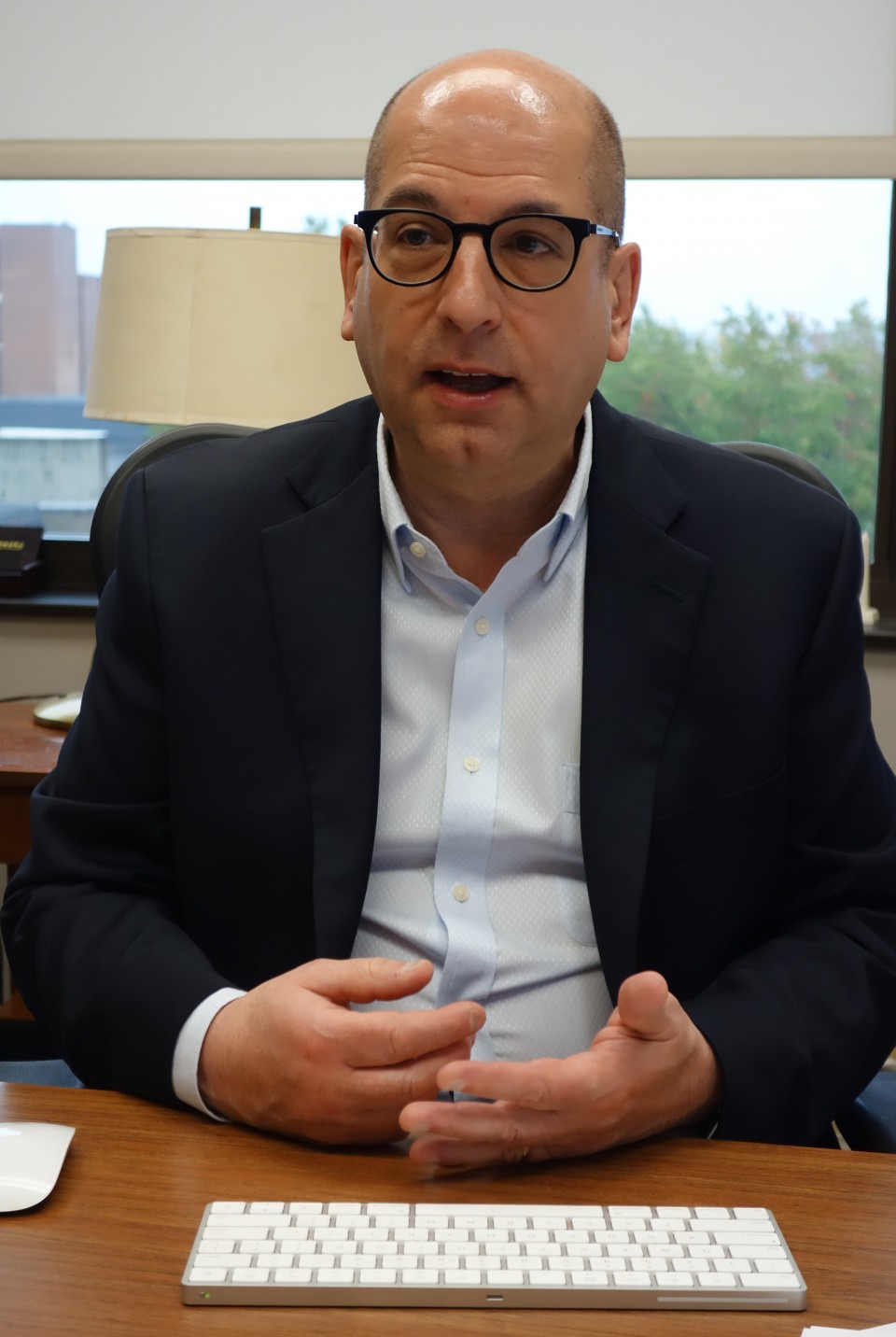 (Paul Sracic, professor at Youngstown State University in Ohio, speaks at an interview at the university on Oct. 16, 2019.)

"So of course the voters don't blame him (Trump) for the Lordstown plant shutting down...Trump is doing everything he could possibly do to protect them, you know, in their minds," said the professor, who has lived in the area for more than 20 years.

Tom McCabe, head of Mahoning County's Republican Party, said he is "pretty confident" that Trump will be able to secure Ohio again, given the current favorable responses seen from voters during events and elsewhere.

But even Trump supporters are known to raise an eyebrow over his frequent intemperate tweets and provocative remarks against his opponents. One follower said Trump's weakness is that he cannot "keep his mouth shut" and that his reactions through social media are sometimes like that of a "fifth-grader."

Sracic said many people in the suburban areas of Ohio cities such as Columbus may not be inclined to vote for Trump again.

The outcome of the 2020 election, meanwhile, is important in seeing whether the American people can overcome the "enormous division" created in U.S. politics through the Trump era, the professor said.

"I don't think we have seen this (division) to this kind of extent, certainly in my lifetime, where the two parties just despise each other. It's not friendly competition...I think that's our biggest problem for us to move forward, to figure out a middle again," he said.