If film writer and director Max Mannix is looking for a sequel to "The Brighton Miracle" he need look no further than Siya Kolisi, who on Saturday went from being one of the Springboks that lost to Japan four years ago to the third South Africa captain to lift the Rugby World Cup.

Kolisi's story of rags to riches and becoming the first black to captain the Springboks in a test match has been well documented.

On Saturday, he took things to new heights as he celebrated his 50th international appearance for his country by lifting the Webb Ellis Cup.

Having grown up in the impoverished Zwide township outside Port Elizabeth before rugby allowed him to be educated at the prestigious Grey High School, Kolisi was spotted as an 18-year-old by Rassie Erasmus, the man who masterminded South Africa's 32-12 win over England.

"It is easy to talk about going through hard times and struggling to get opportunities but it is tough when there are days when you didn't have food or couldn't go to school or didn't have shoes to wear," said Erasmus.

"When you sit down and think about it, there was a stage when Siya didn't have food to eat and, yes, that is the captain and he led South Africa to hold this Cup and that is what Siya is." 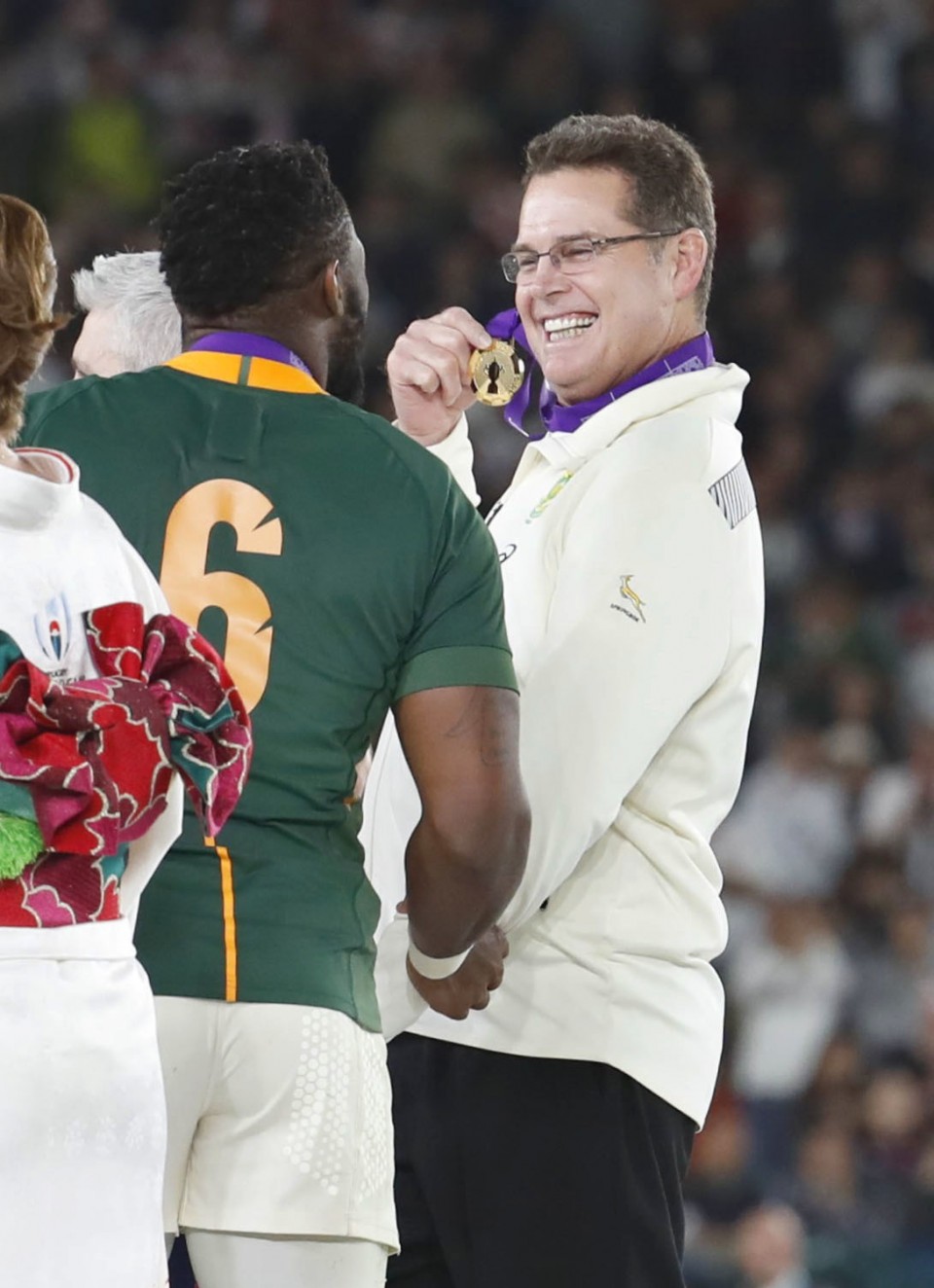 For his part, Kolisi praised Erasmus, who only took over the national team in February 2018, for believing in the Springboks, "driving us hard and taking us to places we have never been before."

On Saturday, that place was the winners' podium at International Stadium Yokohama (Nissan Stadium) as the Springboks made it three victories in three World Cup final appearances.

"I was grateful for everything the team has been through. We have faced a lot of challenges but the people of South Africa have got behind us and we are so grateful to them," said Kolisi.

"We have so many problems in our country, a team like this -- we come from different backgrounds, different races -- and we came together with one goal. I really hope we have done that for South Africa, to show that we can pull together if we want to achieve something."

While the Springboks' focus before the final, in public at least, had been on their preparations to face England, Kolisi could not afterward hide his joy at the impact the victory might mean for his country.

"Since I have been alive I have never seen South Africa like this," he said. "With all the challenges we have, the coach said to us that we are not playing for ourselves any more, we are playing for the people back home -- that is what we wanted to do today."

"We appreciate all the support -- people in the taverns, in the shebeens, farms, homeless people -- there were screens there -- and people in the rural areas. Thank you so much, we appreciate the support. We love you South Africa and we can achieve anything if we work together as one."

When asked if Kolisi and his team had been under pressure after losing their opening pool game to New Zealand, Erasmus put things into perspective.

"Pressure in South Africa is not having a job, it's having friends or family murdered. Rugby should not create pressure, it should create hope. Hope is not talking about it. It's about playing well so people feel good afterward and no matter your political or religious differences, for 80 minutes you agree."

Kolisi and his team made sure that was the case Saturday.