Visiting Pope Francis in a meeting Thursday with Thai Prime Minister Prayut Chan-o-cha called on the world to address the refugee crisis, which the pontiff said represents "one of the principal moral issues facing our generation."

During an address he delivered at Government House, the pope stressed the importance of "men and women committed to the integral development of all peoples within a human family committed to dwelling in justice, solidarity and fraternal harmony." 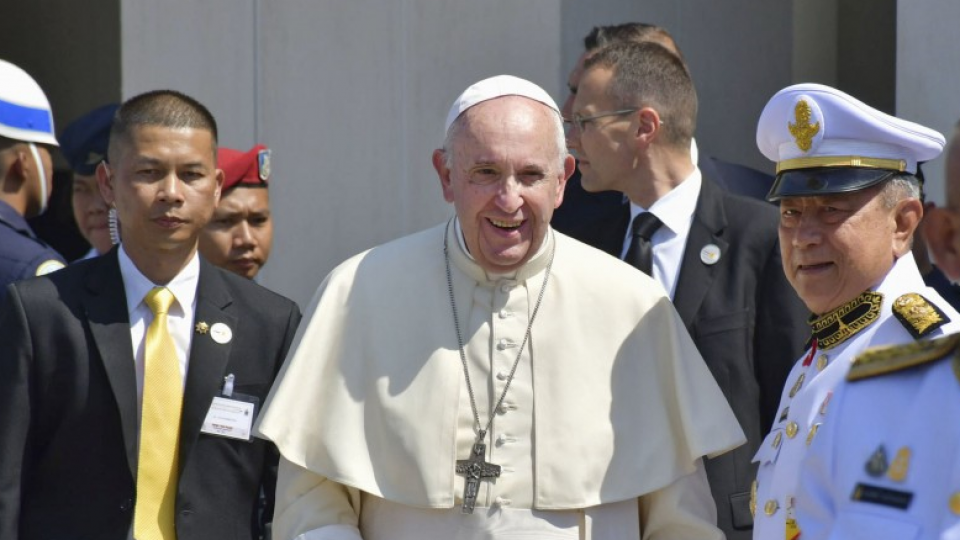 "Thailand itself, known for the welcome it has given to migrants and refugees, has experienced this crisis as a result of the tragic flight of refugees from nearby countries," he added.

In the afternoon, Francis also met with the supreme patriarch of Thai Buddhists, during which the two men of faith confirmed the importance of dialogue between different religions.

He is also slated to meet King Maha Vajiralongkorn later in the day and preside over an open-air mass in the evening.

The Holy Father arrived in Thailand on Wednesday, the first stop on a two-country Asian tour that will also take him to Japan.

According to the Catholic Bishop's Conference of Thailand, Thailand has around 400,000 Catholics in a population of 69 million people.

The last pope to visit Thailand was John Paul II, who did so in 1984.