Anti-government protesters on Tuesday disrupted traffic across Hong Kong for a second day, following the shooting the previous morning of a 21-year-old protester by police that left him in critical condition.

Demonstrators occupied road junctions, threw objects into railway tracks and disrupted train services, forcing rush-hour commuters on one line in the New Territories area to walk on tracks after debris on the tracks halted their train.

Violence erupted at the Chinese University of Hong Kong as the protesters hurled petrol bombs and bricks at police, who fired rounds of rubber bullets and tear gas in return. Police then entered the campus to chase after the protesters. 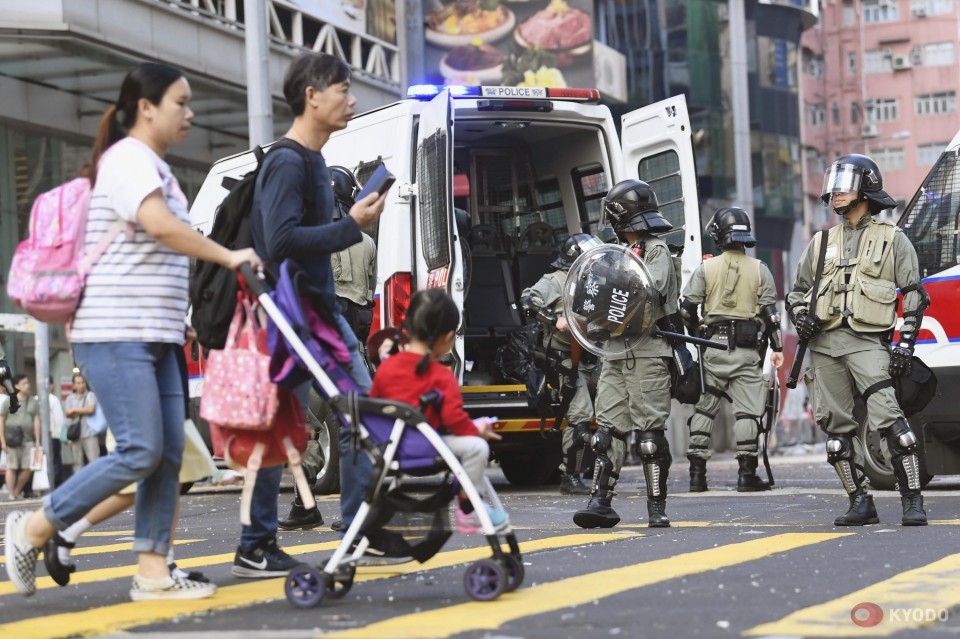 At subway stations, police were seen searching commuters carrying protest gear such as goggles and facemasks.

In the downtown business district of Central, protesters staged a lunchtime demonstration, blocking off traffic on the major roads there. The crowd chanted, "Five demands, not one less!" a slogan referring to the protesters' five core demands, including police accountability and democratic reform.

Police arrived hours later and fired tear gas to disperse the crowd and bystanders on the pavement, and for a second consecutive day the financial center was consumed by tear smoke.

Bricks and debris were scattered on the Nathan Road in the densely populated Mong Kok district, despite police firing multiple rounds of tear gas to disperse the crowd. Earlier in the day, a handful of public buses with punctured tires were left on the roads in the area to act as roadblocks. 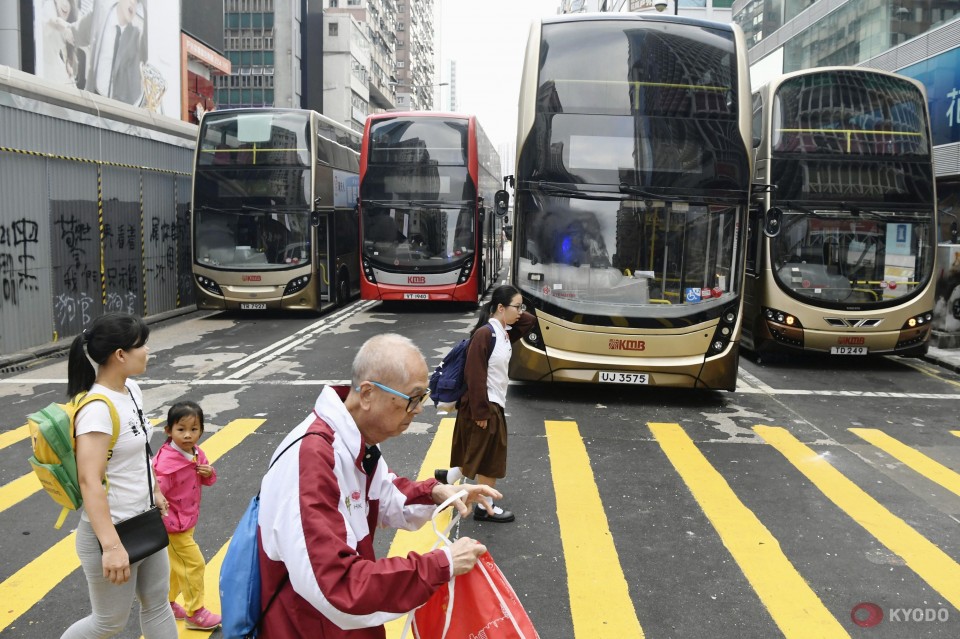 Monday saw some of the worst violence in Hong Kong since mass protests began in the semi-autonomous Chinese territory in June, over a now-withdrawn bill that would have allowed mainland China to try people arrested in Hong Kong.

Police said that on Monday, some 287 people were arrested, while they fired 255 tear gas canisters and discharged 300 other non-lethal rounds, such as bean bags and rubber bullets, in addition to three live rounds, in confrontations across the territory.

Tuesday's protests were aimed at putting pressure on the government of Chief Executive Carrie Lam by promoting the citywide strikes involving schools, workplaces and the city's financial market. 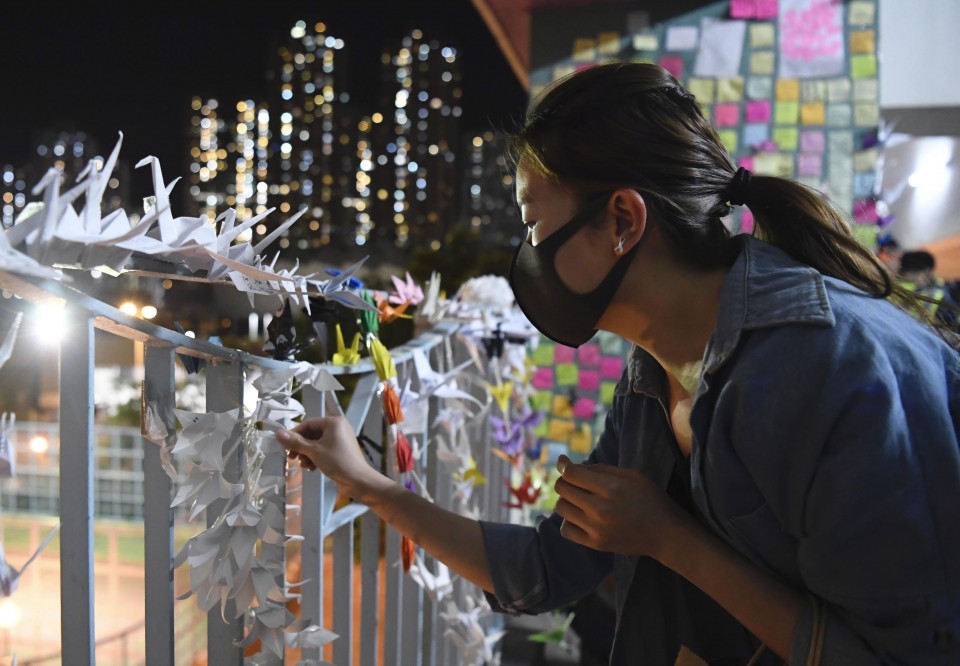 (A woman mourns the death of a university student who died on Nov. 8, 2019, after succumbing to injuries sustained in a fall from a car park during a demonstration.)

But their impact was limited and mostly manifested itself in traffic disruptions and class suspensions at some schools.

At a news briefing, Lam lambasted "radical protesters" as being "selfish" for their efforts to disrupt traffic, while urging universities and other schools to persuade their students not to take part in violent protests.

"Under the difficult circumstances, those who do not compromise themselves to violent and radical behavior, and insist on going to work and school have my full respect," she said.

Despite fears of violent disruption, Lam said the government has so far no plans to postpone district council elections scheduled for Nov. 24.

A total of 128 people were injured during demonstrations on Monday. Among them was a Japanese man in his 50s, but he has already been discharged from hospital, according to the Japanese Foreign Ministry.