The American Museum of Natural History in New York unveiled on Monday a nearly 4-meter holiday tree adorned with over 800 hand-folded paper ornaments of dinosaurs.

In an annual tradition dating back more than 40 years, the Manhattan museum kicks off the holiday season by lighting up a tree covered in hundreds of origami creations related to natural history specimens in the museum's collections.

This year's theme is "T. Rex and Friends: History in the Making," featuring models of the Tyrannosaurus rex inspired by a current exhibition about the evolution of the iconic predator.

"T. rex was first discovered and named by museum scientists, and first exhibited to the public right here in this museum, so he has long had a home here," said Ellen Futter, the museum's president, to a crowd of about 70 adults and children. 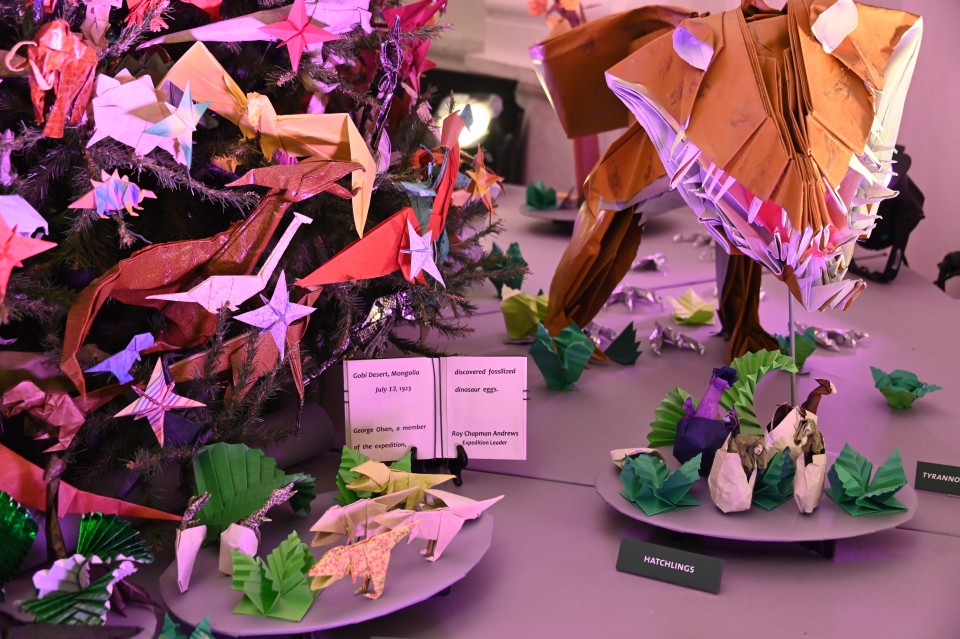 While some of the paper craft works were donated by professional artists, the majority were folded by tree co-designers Ros Joyce and Talo Kawasaki along with other volunteers from the nonprofit OrigamiUSA.

About 25 percent of the pieces are new, while the rest of the dinosaur ornaments, representing a wide variety of species, have appeared on the tree in previous years.

"The Museum has over 10,000 visitors a day during the holiday season, and so that is a lot of people to have the opportunity to see some origami and also learn," said OrigamiUSA President Wendy Zeichner.

"We have tables that are spread out over the museum where people can learn to fold simple models," she said.

According to Zeichner, the museum's first origami tree in the early 1970s was a side project of Alice Gray, then an entomologist at the museum and one of the founders of the origami nonprofit. The original tree, only about 1 meter in height, was installed in Gray's department and decorated only with origami insects.

This year's holiday tree with origami dinosaurs will be on display in the museum's first-floor Grand Gallery until January 12. 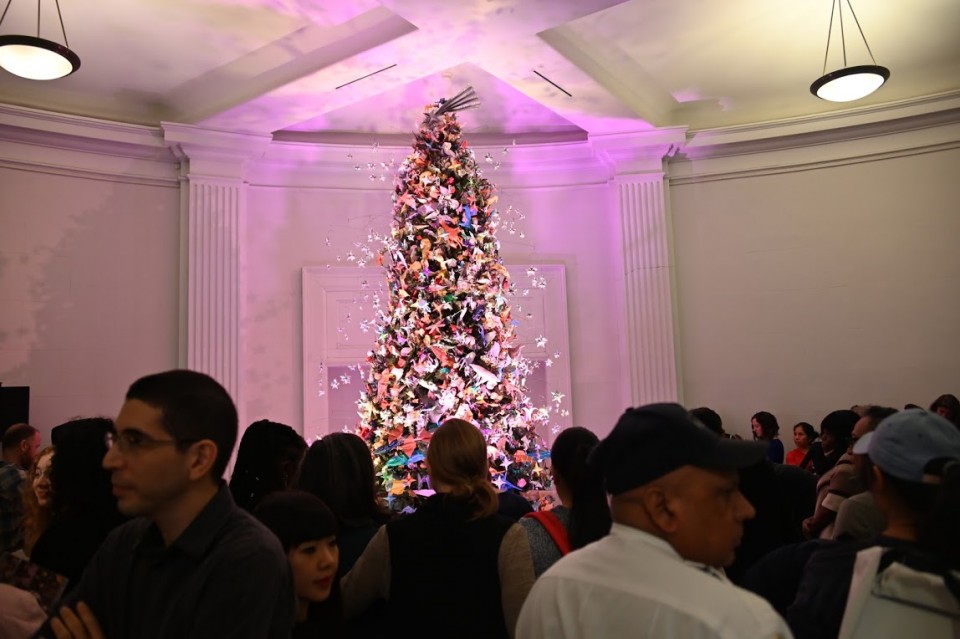