The Scottish Rugby Union has "expressed its regret" over comments made by Chief Executive Mark Dodson during the World Cup and will pay a fine of 70,000 pounds ($90,000), World Rugby said Thursday.

Dodson drew the ire of the governing body during the tournament after suggesting the SRU would take legal action to ensure Scotland's pool match against host nation Japan was not canceled due to a powerful typhoon that eventually left at least 91 people dead. 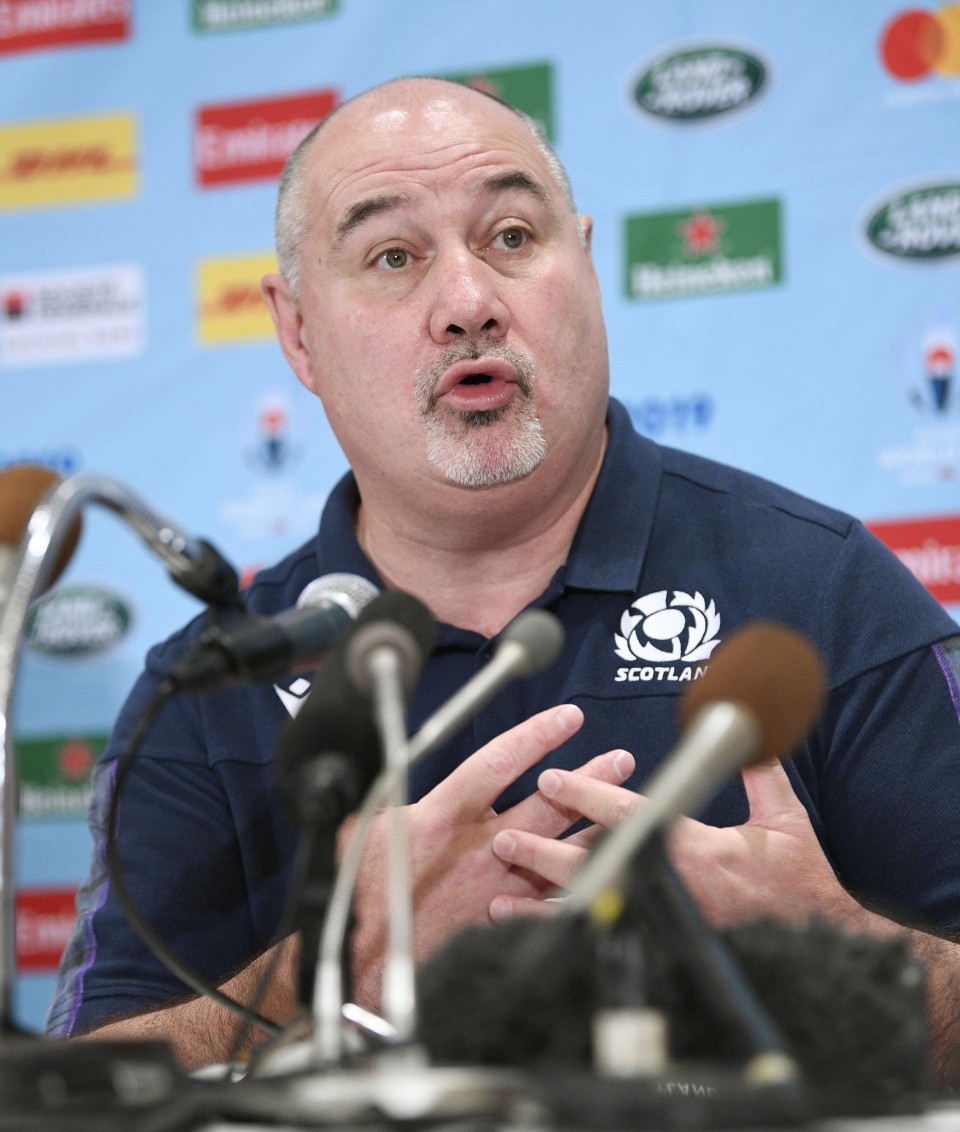 With Scotland needing to win the Oct. 13 clash in Yokohama to stay alive in the tournament, Dodson said the SRU were "not going to let Scotland be the collateral damage" by allowing the match to be called off and declared a draw.

Dodson's comments, made before deadly Typhoon Hagibis made landfall on Japan's main island Honshu on Oct. 12, quickly drew a rebuke from World Rugby, which levied the fine and ordered the SRU to make an apology.

While the typhoon forced the cancellation of England's match against France and New Zealand's clash with Italy on Oct. 12, the game between Japan and Scotland went ahead as scheduled, with the Brave Blossoms winning 28-21 to reach the quarterfinals of the tournament for the first time.

In a written statement, World Rugby said the "the matter is now closed (and) there will be no further comment from either party."

"World Rugby can confirm that the Scottish Rugby Union has expressed its regret and has confirmed it will not challenge World Rugby further on this matter," the governing body said.