The head of South Korea's parliament on Tuesday called for concrete steps to mend ties with Japan, saying he wants to submit a bill to invite donations to Koreans who suffered under Japanese colonial rule through the end of World War II.

The bill would call for Japanese and South Korean companies and the public to provide funds to compensate victims of forced labor and women coerced to work in Japan's brothels, National Assembly Speaker Moon Hee Sang said in a speech at Waseda University in Tokyo. 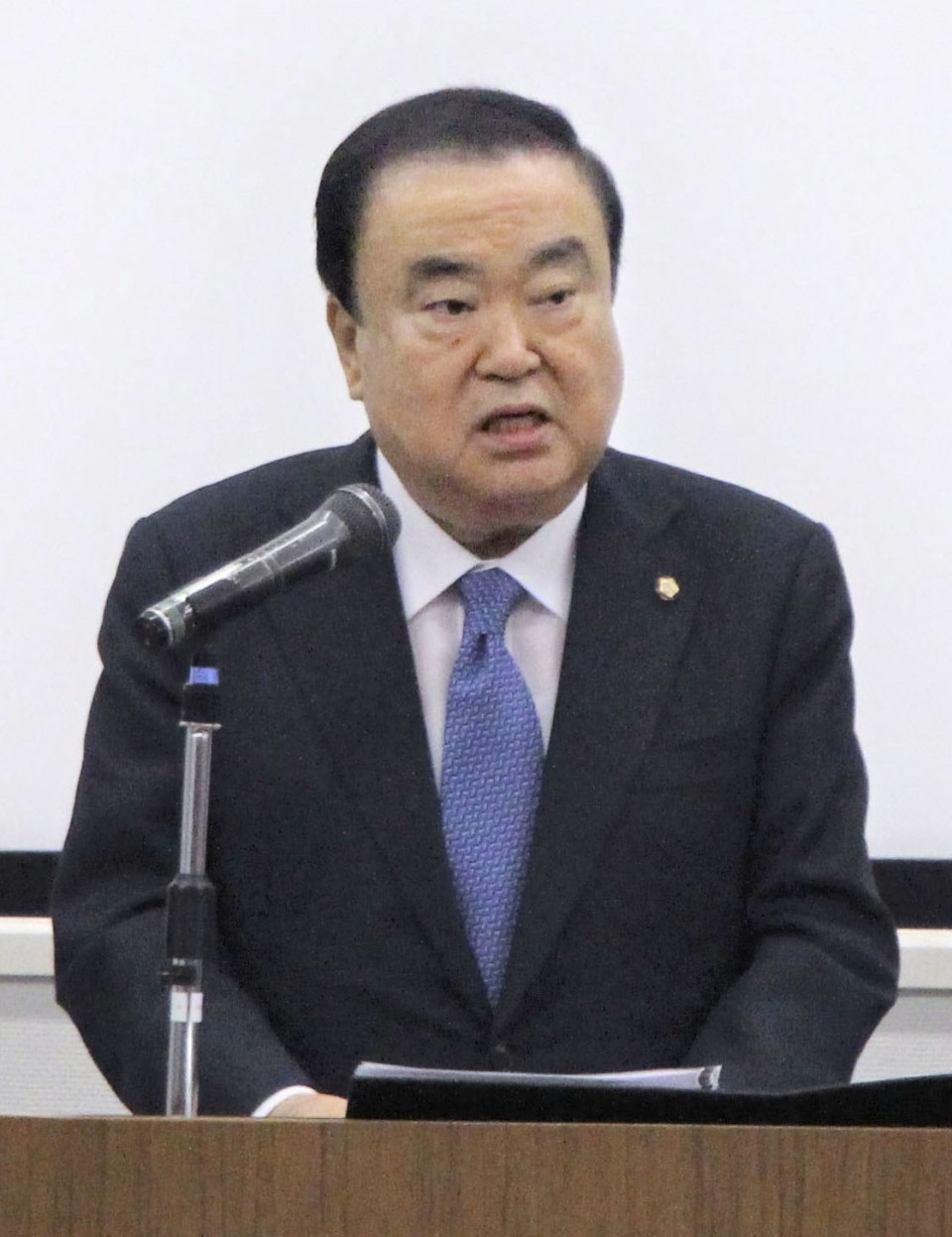 "I hope that South Korea will take the initiative by crafting legislation that will provide a point of compromise and open the way for mutual understanding and cooperation," he said.

Despite his proposal, it remains uncertain if the bill will be submitted to South Korea's parliament and whether the new idea could be a viable solution, given that the wartime victims are seeking official compensation and apologies from Japan.

Bilateral relations have plummeted since October last year when South Korea's top court ordered a Japanese steelmaker to pay compensation for forced labor during the 1910-1945 period of colonial rule.

The ruling goes against Japan's stance that South Korea gave up the right to such claims in a deal signed when the two countries established diplomatic ties in 1965. Seoul says it cannot overturn the ruling because of the separation of powers.

The feud escalated after Japan tightened controls on exports to South Korea, and Seoul announced it was pulling out of a military intelligence-sharing pact that helps them counter North Korean missile threats.

Describing Japan as an "important partner for peace and stability in Northeast Asia," Moon said bilateral relations recently seem to be "in a maze with no exit."

Aiming to break the standstill, the envisioned bill would facilitate the creation of a fund that would become a vessel for the donations, as well as 6 billion won ($5.2 million) left over from a now-defunct, Japan-funded foundation to support former so-called comfort women.

The bill would need to provide a "fundamental and comprehensive" solution that would preclude future claims in South Korea, Moon said.

The Reconciliation and Healing Foundation was established as a key pillar of a 2015 bilateral agreement to resolve the long-standing issue but was formally dissolved after the government of South Korean President Moon Jae In, who came to power in 2017, concluded that the deal failed to reflect the opinions of surviving victims.

Moon Hee Sang was in Tokyo to attend a meeting among parliamentary heads from the Group of 20 major economies on Monday.

He had drawn controversy in February for suggesting that the comfort women issue could be resolved by a personal apology from then-Emperor Akihito, the son of wartime Emperor Hirohito.

Moon offered a renewed apology on Tuesday for the comment, saying, "I'm well aware that I inadvertently hurt the feelings of many Japanese."