A conservative group within Japan's ruling party on Tuesday submitted to Prime Minister Shinzo Abe a proposal to allow men from now-abolished collateral branches of the imperial family to rejoin it, as part of measures to ensure stable succession.

With the heirs to the Chrysanthemum Throne limited to only three at present under the law stipulating only males in the patrilineage can ascend the throne, the Liberal Democratic Party group called for enabling unmarried male members of the former branches to join the imperial family through adoption or marriage, if they want to.

"We would like to consider the matter (of stable succession) carefully while taking into account the significance of a patrilineal succession continuing without an exception since ancient times," Abe told a meeting with the group led by House of Councillors member Shigeharu Aoyama, according to a participant. 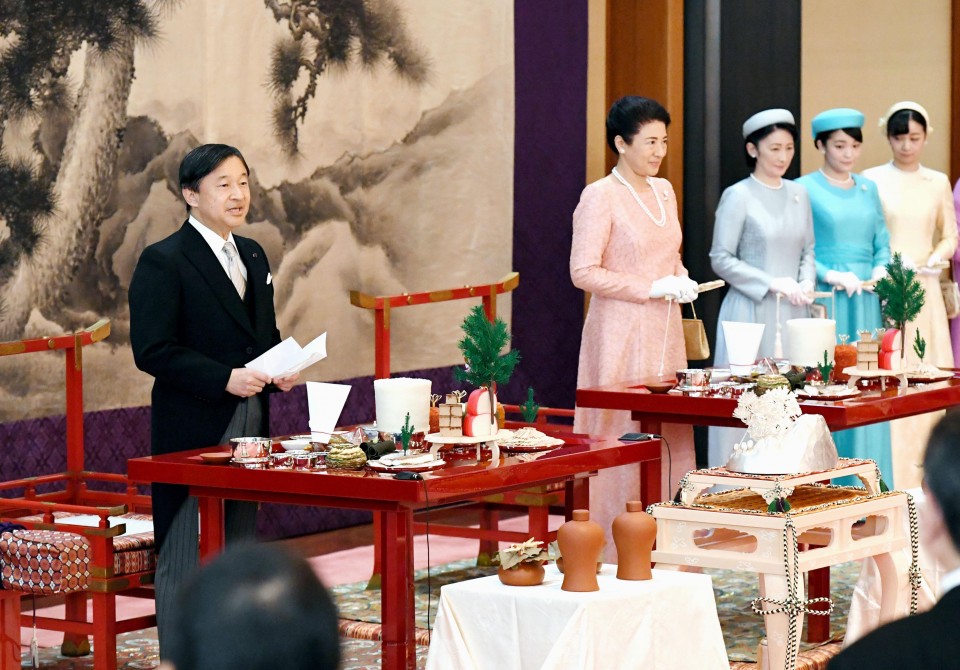 (Japanese Emperor Naruhito (far L), Empress Masako (2nd from L) and other imperial family members attend the "Daikyo no gi" rite of the Daijosai great thanksgiving ceremony at the Imperial Palace in Tokyo on Nov. 18, 2019.)

The group sought the creation of a special law to bring back members of the 11 collateral branches that left the imperial family in 1947. Abe has said giving imperial family status to them is one of the options to be considered to sustain the imperial succession.

But the idea has not been widely supported by the public, with a majority of respondents being in favor of allowing women to succeed to the throne in opinion polls. The imperial family and the former collateral branches share a common ancestor some 600 years ago.

Abe said more work is needed in spreading awareness among people about the difference between a female emperor and an emperor of matrilineage, whose father's side of the family is not of imperial ancestry.

Emperor Naruhito became Japan's 126th emperor on May 1, the day after his father, former Emperor Akihito, 85, stepped down -- the first Japanese monarch to abdicate in about 200 years. 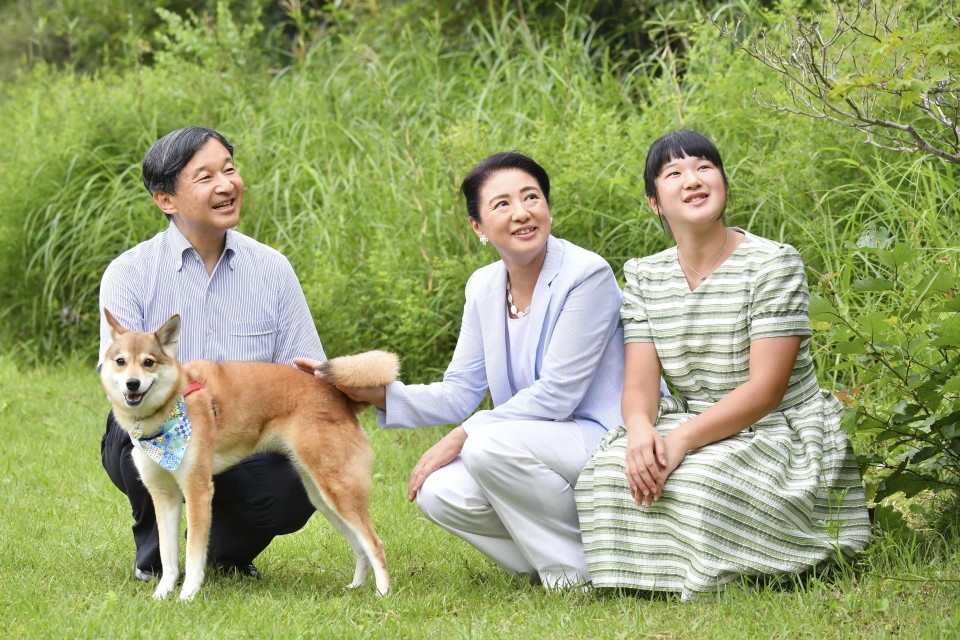 Of all 126 emperors so far, including legendary ones such as the first Emperor Jimmu, eight women who were all born to the male lineage of the imperial family ascended the throne.

The 1947 Imperial House Law limits successors to males of the patrilineage. After the May enthronement of Emperor Naruhito, 59, the three heirs are the emperor's younger brother, Crown Prince Fumihito, 53, his son, Prince Hisahito, 13, and Prince Hitachi, 83, the uncle of the emperor.

Emperor Naruhito has a daughter -- Princess Aiko, 17, -- and there are other females in the family, but the Imperial House Law requires women to abandon their imperial status after marrying commoners.

The group also presented a negative view on allowing women to retain their status as imperial family members after marriage, arguing it could lead to a first-ever emperor of female lineage.

The government has said it will discuss measures to ensure stable imperial succession after a series of events commemorating Emperor Naruhito's enthronement, but Aoyama said after meeting Abe that the premier did not specify when the government will start discussing the matter.