A landmark billboard in Sapporo's nightlife hub Susukino district has changed its lighting from fluorescent to LED, reducing its power consumption and CO2 emissions to 35 percent of the previous amount.

The renovation of the Nikka Whisky billboard, set up in 1969 on a building near the Susukino subway station, was an effort to make it environmentally friendly, according to the billboard owner Asahi Breweries Ltd. 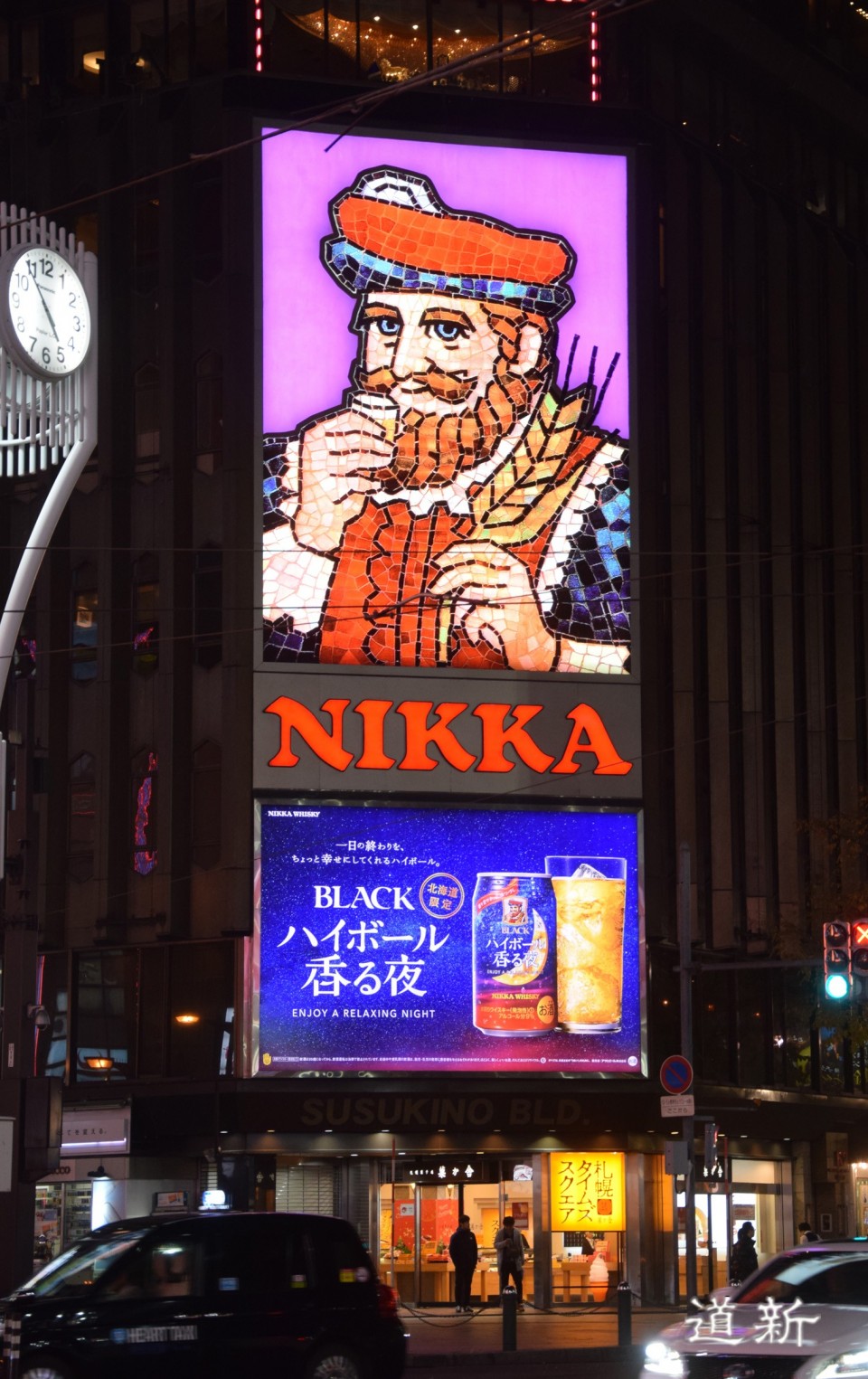 The 15-meter-high and 7.5-meter-wide billboard depicts a whisky blending master, known familiarly as "uncle beard." The design is also used for the labels of Nikka whisky's Black series.

The billboard has been a popular photo spot for tourists.