Hundreds of pro-democracy district councilors-elect, students and supporters rallied Monday in a bid to save the remaining protesters holed up inside a university campus under police siege in its ninth day.

Anti-government protesters, including students, have barricaded themselves inside the Hong Kong Polytechnic University in Kowloon since Nov. 17 after a daylong clash with police.

Police have sealed off the area and demanded that the protesters, estimated in the dozens, peacefully surrender themselves so that they do not have to raid the campus.

A handful of district councilors just elected Sunday were allowed to enter the campus to persuade the protesters to come out. 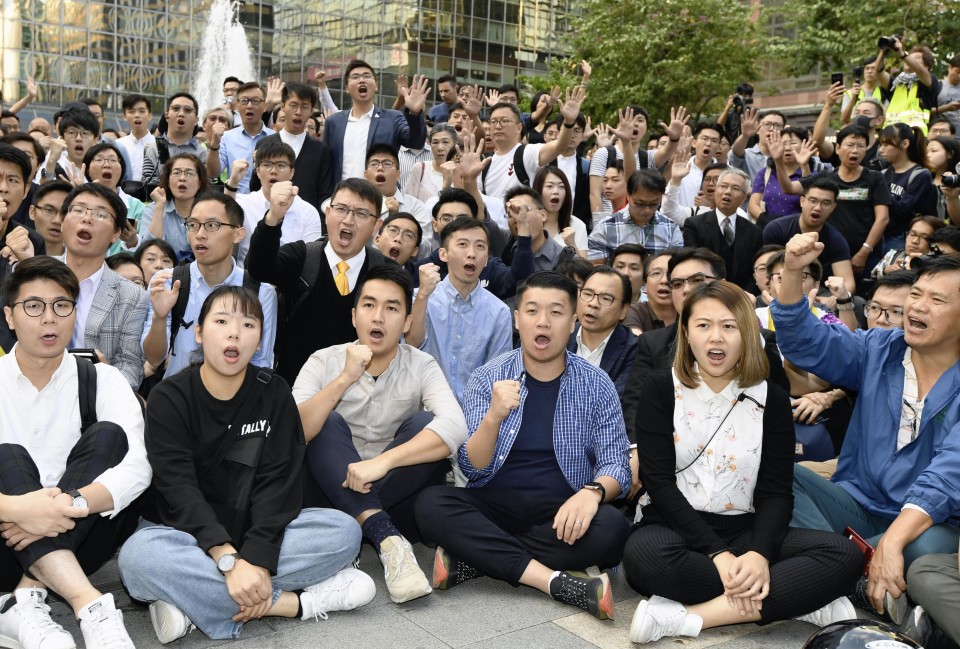 Meanwhile, the police said they will soon send to the campus a "safety team" comprised of police officers, mediators, social workers and school principles to offer the protesters an exit plan under which they would not be immediately arrested.

"For those who have medical needs, regardless their age, we will arrange medical assistance to them without arresting them. We will only record their personal data and take photographs of them before arranging medical assistance, but we will pursue their case later," police district commander Ho Yun-sing said.

So far, about 1,100 people have left the campus, including about 300 minors. Around 800 of them were arrested, while others had their personal details taken.

Ho said police have no deadline to raid the campus.

Champagne flowed as hundreds gathered on the streets of the Central business district for a lunchtime celebration of the district elections victory by the pro-democracy camp. One man handed out paper cups, popping open a bottle of bubbly to share with strangers.

"Five demands, not one less," the crowd shouted in support of those still inside of the university. 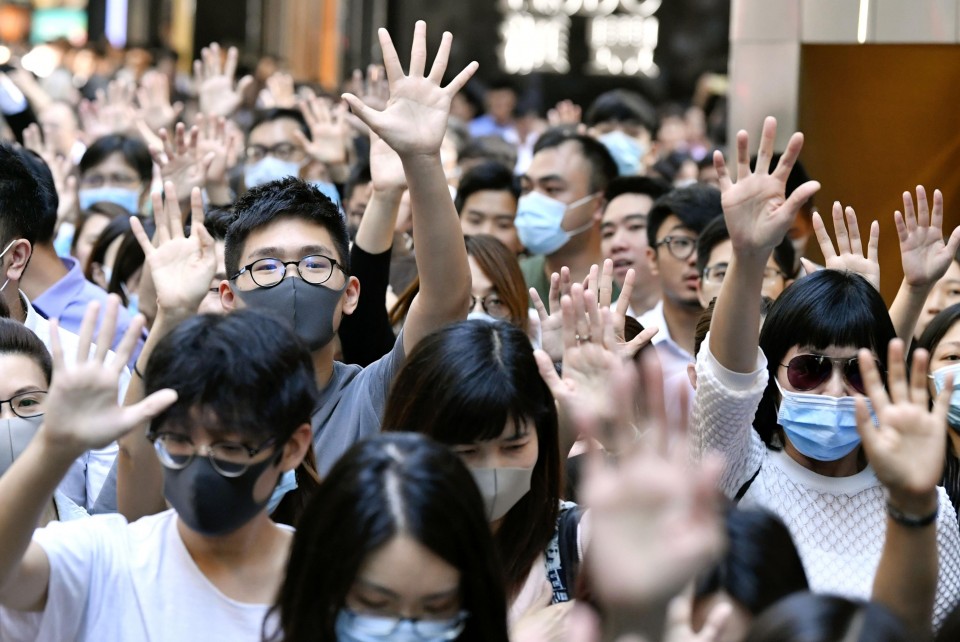 The crowd quickly soured into heckling when pro-establishment camp lawmaker Regina Ip was spotted. Riot police surround Ip and escorted her onto a taxi as a mob trailed behind her.

Ip, whose party lost all 28 of its previously held seats in Sunday's election, later told reporters the election was completely politicized and veered from community issues, which should have been at the center of a district council campaign.

After days of no protests ahead of the election, the months-long unrest, sparked by a now-withdrawn bill that sought to allow extraditions to mainland China, resumed as they have entered their sixth month, plunging Hong Kong into its most serious political crisis since its handover to Chinese rule in 1997.

Separately, the Hong Kong government filed an appeal on Monday against a High Court ruling that had judged a law banning people from wearing face masks at public gatherings as unconstitutional a week earlier, according to the Headline Daily news portal.

The High Court had granted a short interim suspension order on Friday allowing the anti-mask law to remain in effect until Nov. 29 in order to give the government an opportunity to appeal.

Friday's decision came as the government demanded the law be enforced despite ruled unconstitutional, on grounds that its absence would send a wrong message to protesters wanting to evade responsibility.

The hearing is yet to be scheduled.