All Black captain Kieran Read closed his test career at the Rugby World Cup on Friday, but said he is looking forward to opening a new chapter of his career in Japan, after spending more than six weeks in the country.

Read played his final match in the All Blacks jersey in the team's 40-17 win over Wales in the bronze medal match in Tokyo, and will join Toyota Verblitz in Japan's Top League next season.

"I've made some very special memories over here in Japan. It's been a great two months, I think from the first time I set foot on Japan, I received so much support from the Japanese people," he said after the match at Tokyo Stadium (Ajinomoto Stadium).

"So for me, the memories I will take is the support we have got and it has been absolutely fantastic," Read said. "I'm really looking forward to coming back here and hope this game in Japan grows."

Read, who turned 34 during the tournament, led the haka in his 52nd appearance as skipper and played the entire 80 minutes in front of a vocal crowd. 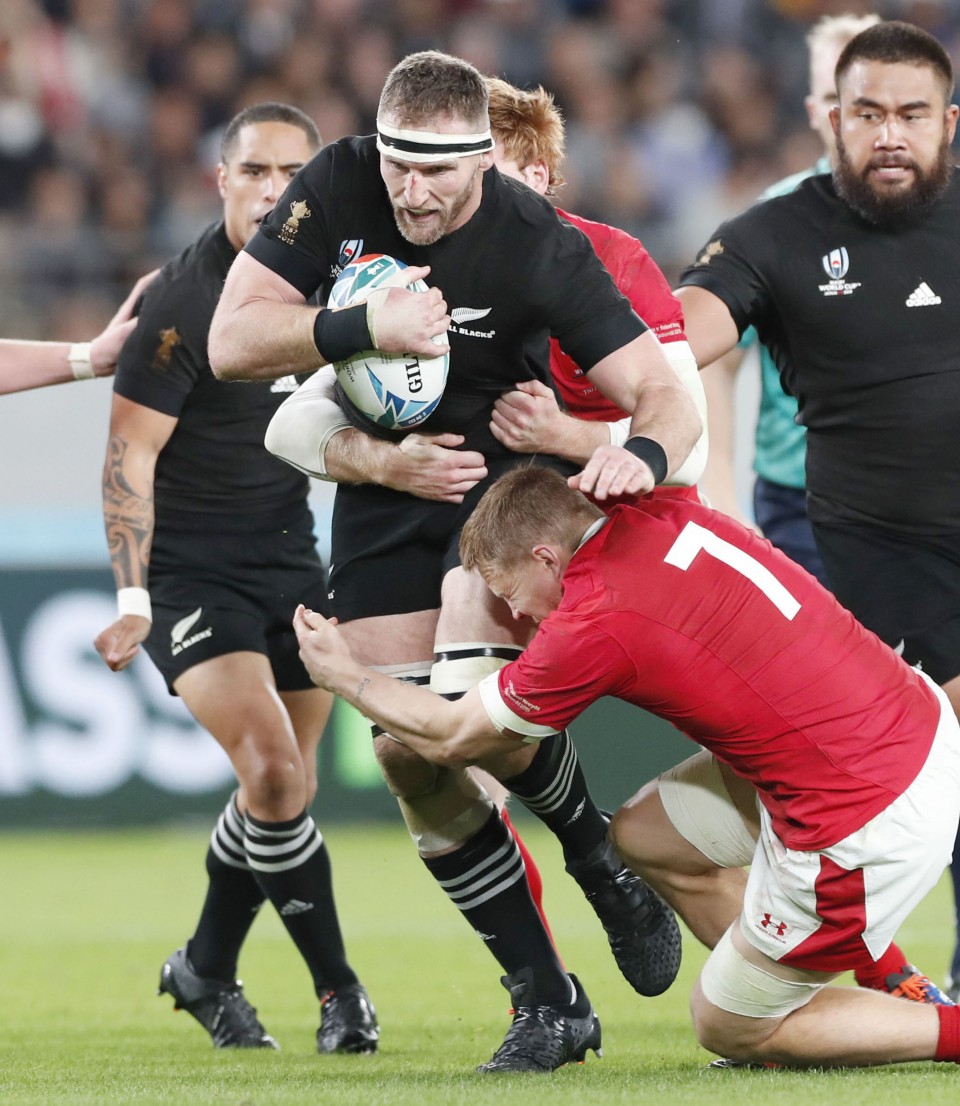 "It's going to be a different chapter in my rugby career. It is exciting, something different," he said earlier this week. "As a rugby player, you want to try and experience different things and the great thing about rugby is it can take you around the world."

"It's going to be great to play with other players of other nationalities."

The back-row forward will be joined at Toyota by All Blacks head coach Steve Hansen, who revealed earlier this week he has agreed to take on a role with the club, which finished fourth in the 2018-2019 season.

Hansen has been considered one of the best coaches in the world, having led the team to win the 2015 World Cup and six Rugby Championship titles and the Bledisloe Cup in his eight seasons in charge.

Since the All Blacks arrived in Japan in September, many locals have considered them their second-favorite team after Japan's Brave Blossoms. New Zealand received a huge welcome in their pre-tournament camp city, Kashiwa, Chiba Prefecture, with local children performing an original version of the haka.

Read will be joined by fellow All Blacks, including Friday's man-of-the-match Brodie Retallick, Ryan Crotty, Matt Todd and Sam Whitelock in Japan, the first Asian country to host the sport's showpiece event.

"From my experience, I've enjoyed the culture in Japan so far," said Retallick, who inked a deal with Kobe Kobelco Steelers.

"I haven't thought about (playing in Kobe) too much, just trying to get the World Cup up and focus on that," he said. "But it's not going to be long with the first game in January. In a couple of weeks, I'll put my feet up and be back."