Ex-bureaucrat referred to prosecutors over fatal car crash in Tokyo

Police on Tuesday referred to prosecutors the case of an 88-year-old former senior bureaucrat who was involved in a car crash in Tokyo that left a toddler and her mother dead and prompted many elderly Japanese to surrender their driver's licenses for fear of causing a similar accident.

The police concluded after a seven-month investigation that the April accident was caused by Kozo Iizuka, former head of the Agency of Industrial Science and Technology, rather than a problem with his car.

The police did not disclose whether Iizuka admitted to the charge of negligence resulting in death. He has said he may have mistaken the gas pedal for the brake, according to investigative sources.

The accident on April 19 killed Mana Matsunaga, 31, and her 3-year-old daughter Riko while injuring eight others, including Iizuka and his wife who was a passenger in the car.

The way the police handled the case, in which Iizuka was not arrested, has attracted criticism, with speculation that he received favorable treatment due to his social standing.

The police cited the improbability of Iizuka fleeing or destroying evidence when explaining their decision not to arrest him. He voluntarily answered police questions after he was discharged from hospital. 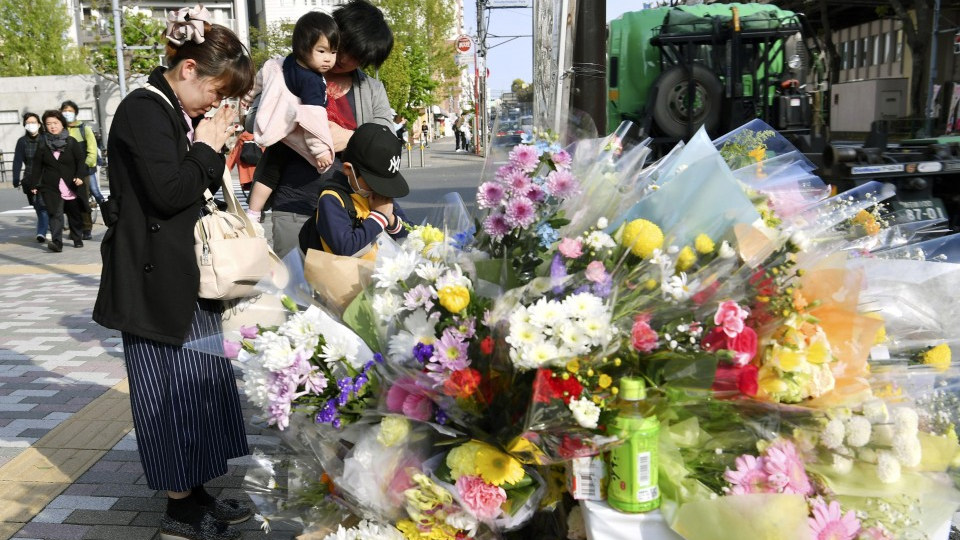 Iizuka's car started to accelerate 200 meters from the crash site in the Ikebukuro district and changed lanes several times to pass other cars, the police said. The car was traveling at nearly 100 kilometers per hour when entering the crosswalk where the mother and daughter were hit.

The police also suspect Iizuka may have been suffering the effects of Parkinson's disease, which causes hand and leg rigidity among other symptoms, at the time of the incident, the sources said. His doctor had not passed him fit to drive.

The prosecutors will continue to investigate the case before deciding whether to indict him.

The husband and father of the deceased submitted to prosecutors in September a petition signed by about 390,000 people calling for a harsh punishment to be handed down to Iizuka.

"For the sake of the two and society, I will do whatever I can so that this will not end up as a light offense and will act to reduce car accidents even if slightly," the 33-year-old man said in a press conference in Tokyo on Tuesday, declining to be named.

An increase in traffic accidents caused by elderly drivers has become a major social problem as Japan's population rapidly grays.

Around 37,000 people gave up their licenses in the six-month period after the accident, nearly double the number for the same period a year earlier, according to police.

In 2019, around 53,700 people surrendered their licenses as of the end of October, already topping the previous record for a year, they said. Around 80 percent of them were aged 70 or older.

The government is considering introducing tighter rules for elderly drivers, including only allowing them to drive cars equipped with systems to prevent sudden acceleration.