Pope Francis prays for victims of 2011 quake in northeastern Japan

Pope Francis prayed on Monday for victims of the March 2011 earthquake and tsunami that devastated northeastern Japan, a disaster that also led to the meltdown of a nuclear power plant in Fukushima Prefecture.

At a gathering in Tokyo, the pope said he believes challenges posed by what he calls "the triple disaster" will be resolved if people unite in solidarity and help one another.

The 82-year-old pontiff said rebuilding the social fabric was just as important as the medical and technological solutions, and that the Japanese people had shown "solidarity, patience, perseverance and resilience" in the eight years since the disaster. 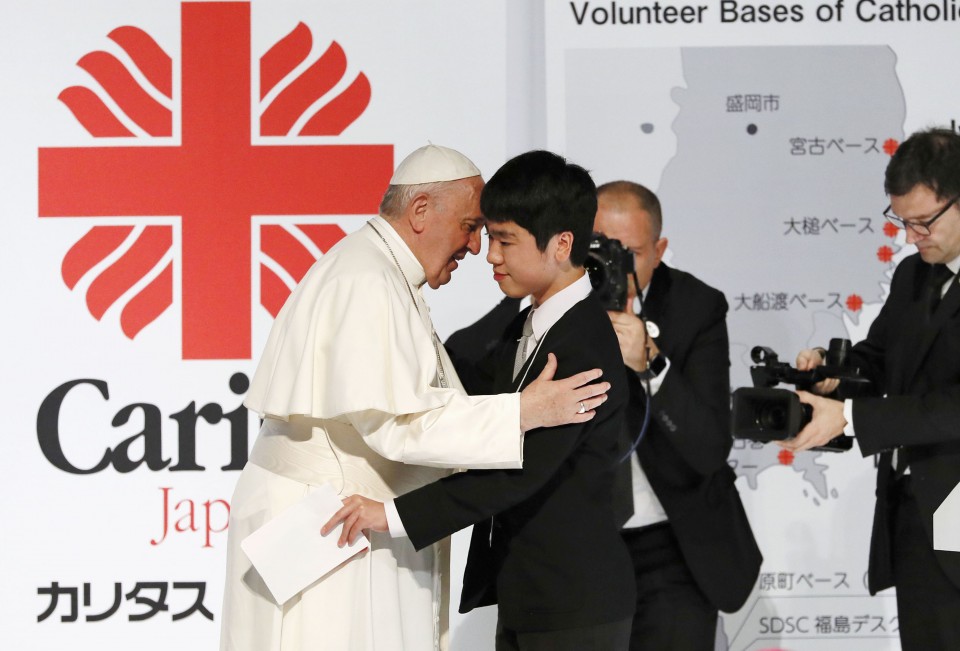 "The path to a full recovery may still be long, but it can always be undertaken if it counts on the spirit of people capable of mobilizing in order to help one another," he told the meeting, which brought together about 300 people including victims of the 2011 calamity.

The pope added, "Until social bonds in local communities are re-established, and people can once more enjoy safe and stable lives, the Fukushima accident will not be fully resolved."

Aside from the necessity to fix social isolation by reknitting the social fabric, the pope mentioned other challenges such as environmental contamination and long-term effects of radiation.

He also raised the question of the continued use of nuclear power -- a still sensitive subject in Japan -- mentioning that Japanese bishops have called for its abolition.

The pope is on a four-day tour of Japan through Tuesday, the first papal visit to Japan in 38 years, under the theme of "Protect All Life."

"We cannot fully convey our suffering," said Matsuki Kamoshita, the 17-year-old high school student, who took the opportunity to criticize the government's nuclear policy in his speech.

Kamoshita requested prayers so that people "will be given the courage not to turn our eyes away" and work to eliminate the threat of radiation exposure.

The pope had asked to meet with the victims, but he could not visit disaster-hit areas because of his busy schedule, according to people close to him.

In a meeting at the Imperial Palace, Emperor Naruhito told the pope that he is grateful that the pontiff visited Nagasaki and Hiroshima on Sunday and met with victims of the 2011 disaster, according to the Imperial Household Agency. 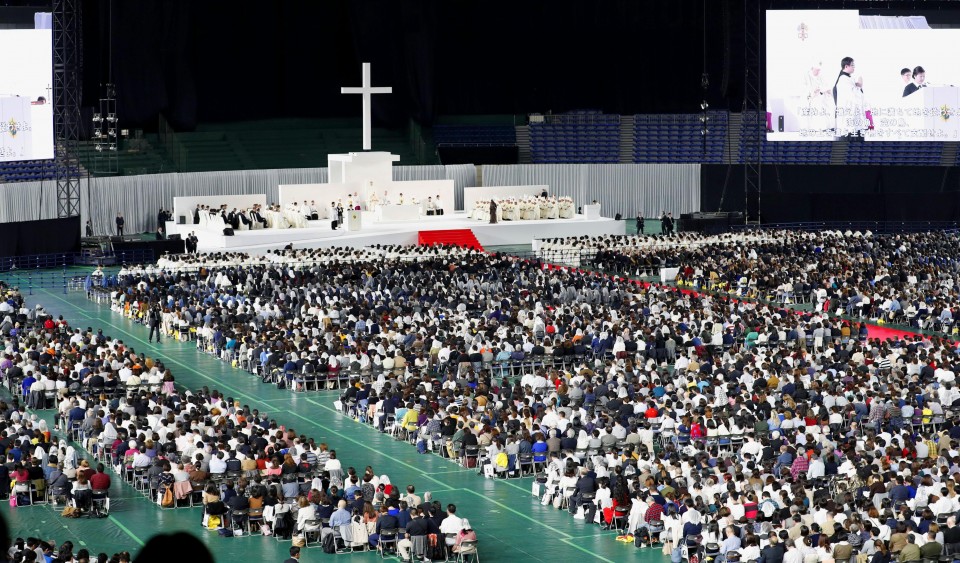 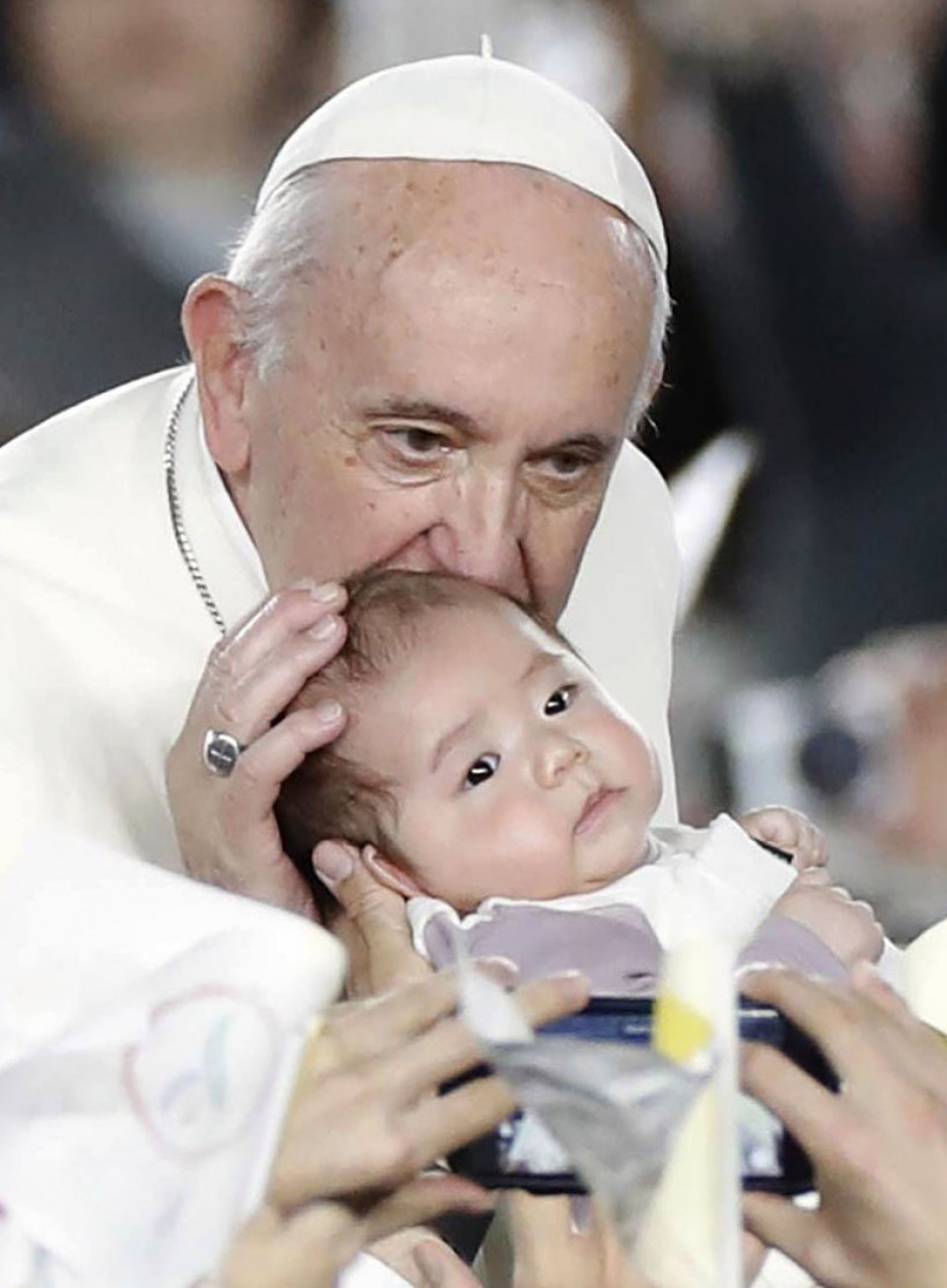 The pope pushed for the elimination of nuclear weapons in addresses he delivered in the two atomic-bombed cities.

The 20-minute meeting was the first between the two. Before becoming crown prince, the emperor had met Pope John Paul II in 1984 while on a visit to the Vatican during his student days in Britain.

Later Monday, the pope held a mass at Tokyo Dome. Iwao Hakamada, who spent nearly four decades on death row but was released in 2014 under a district court ruling, was among some 50,000 participants but did not meet with the pope, who is opposed to the death penalty.

Hakamada, 83, converted to Catholicism during his time in prison.

The pope is scheduled to leave for Rome after having private meetings at Sophia University, a Jesuit school in the capital, on Tuesday. 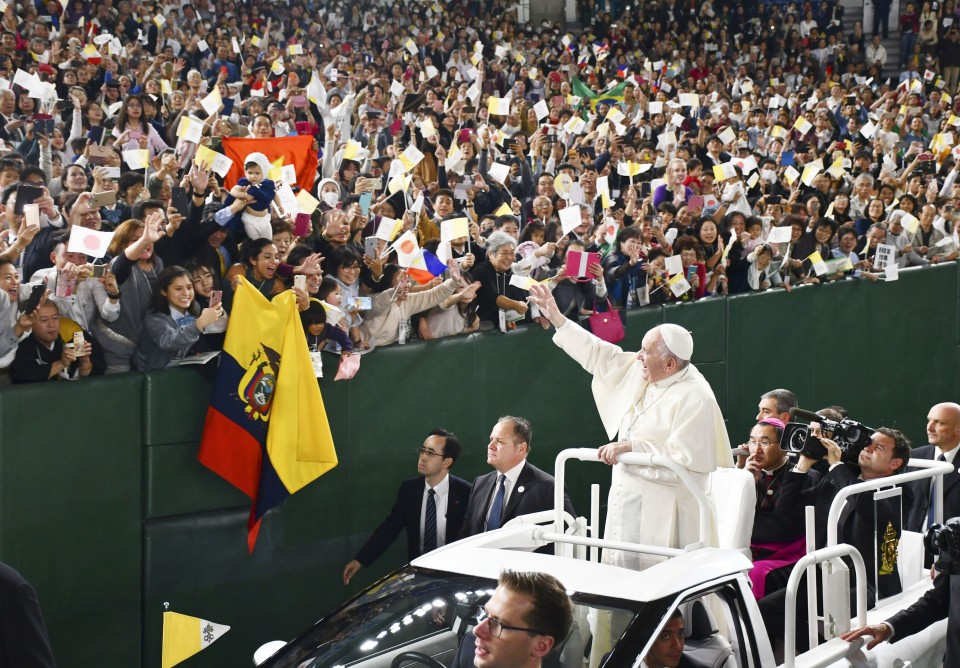