The suspect in a deadly arson attack on a Kyoto Animation Co. studio in July was sent back Thursday to a Kyoto hospital from one in Osaka Prefecture after undergoing multiple skin grafts.

Kyoto police plan to arrest Shinji Aoba, 41, after he sufficiently recovers from severe burns to be able to withstand detention. But the timing of his arrest is unclear, as Aoba needs further rehabilitation following the attack which killed 36 people and injured 33 others.

The police have obtained an arrest warrant for Aoba on suspicion of murder and other charges. After the incident on July 18, he was taken to the Kyoto hospital before being airlifted to the Osaka hospital on July 20 to receive specialist treatment.

At around 9 a.m. Thursday, Aoba, lying on a stretcher under a blue blanket, was carried into a rapid response vehicle containing medical equipment at the Osaka hospital.

The vehicle, called a "doctor car," arrived at the Kyoto hospital around 75 minutes later.

His condition was declared no longer life-threatening in early August, and has improved to the point where he can talk and eat.

During police questioning conducted on a voluntary basis on Nov. 8, Aoba admitted to the allegations, and was quoted as telling them, "I targeted First Studio where the largest number of people (at the company) work," according to investigative sources. 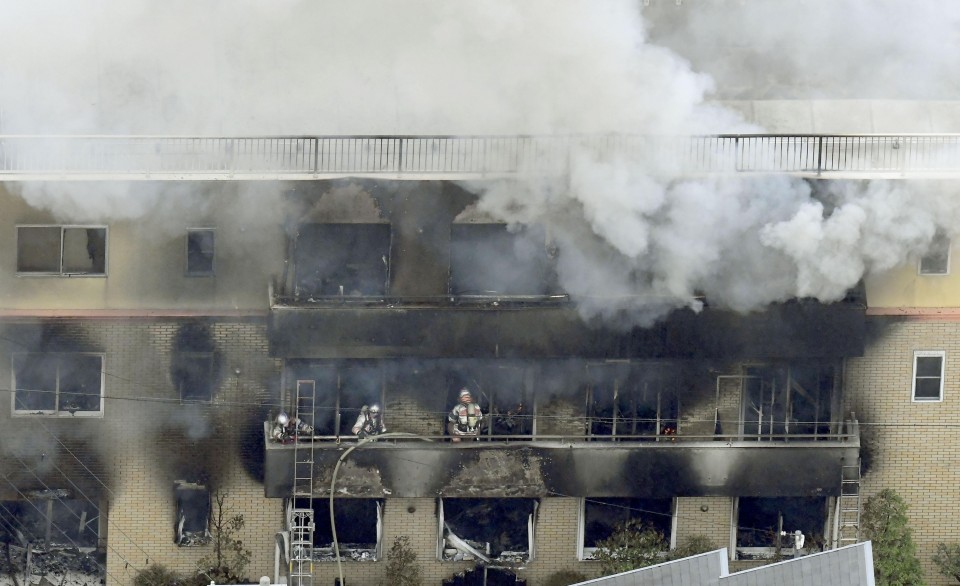