Crowds excited to get rare glimpse of imperial couple at parade

About 120,000 people came out Sunday to witness a parade celebrating Emperor Naruhito's enthronement in central Tokyo, as he and Empress Masako waved to well-wishers from a luxury convertible sedan along a 4.6-kilometer route from the Imperial Palace.

Atsuko Yanai, 46, from Saitama Prefecture, north of Tokyo, waited at the front of the crowd for more than four hours with her son to get a glimpse of the imperial couple. She said she was "touched when I saw the emperor waving his hand with a gentle smile."

"I came here because I thought this would be a once-in-a-lifetime experience. I expect the emperor to be like his father (former Emperor Akihito), being close to the citizens," she said.

"I am happy I was able to take a photo of them in this massive crowd," said Young Kit from Hong Kong, who is currently working in Japan. 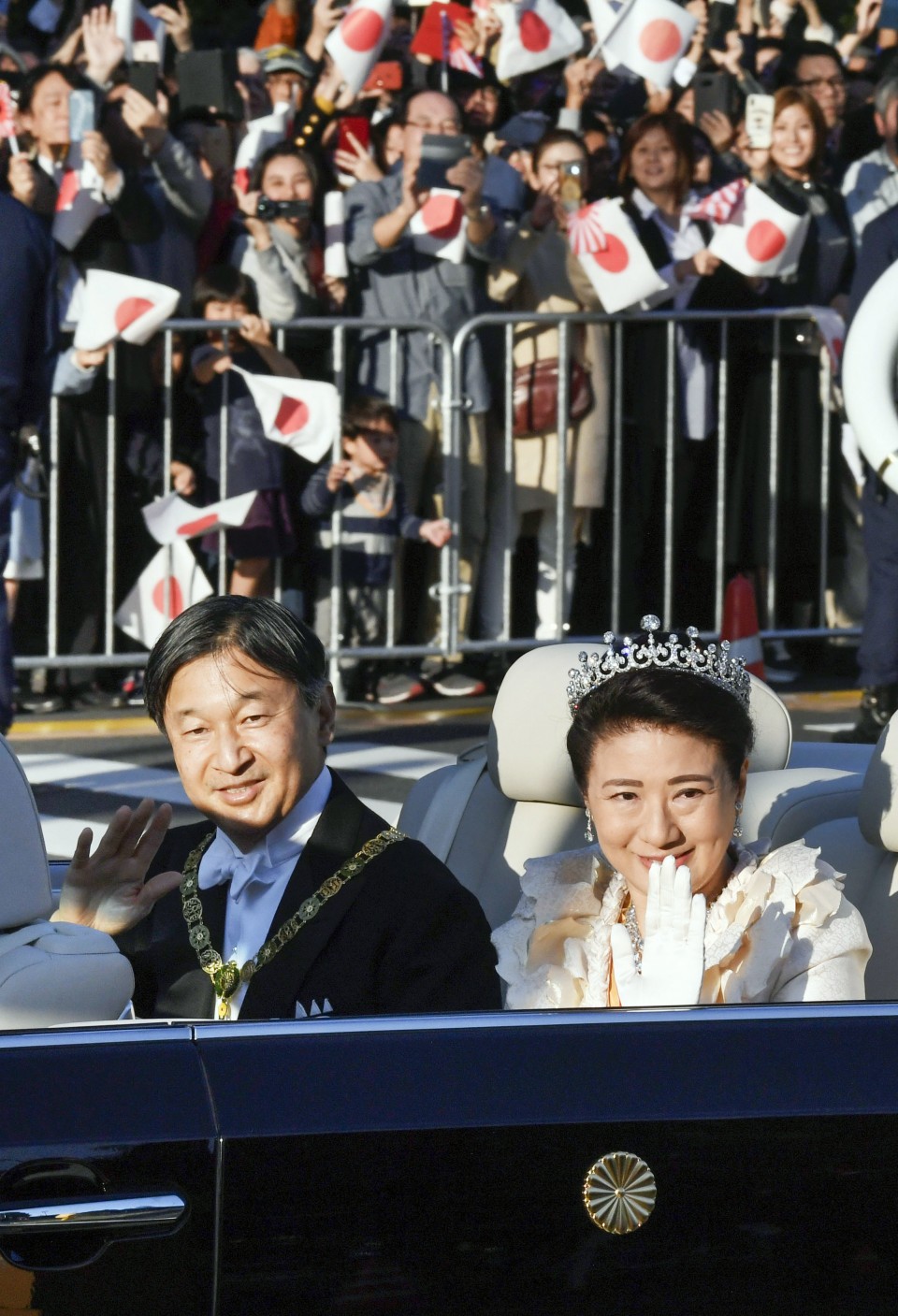 "I think that the emperor is necessary for Japanese citizens as a symbol. The couple visited devastated areas that were hit by disasters, which empowers the people," he said. "The imperial system itself is good for the people."

Alex Foreman, a 42-year-old therapist from Australia, was visiting Tokyo with his Japanese partner when they learned of the event, and spontaneously decided to attend.

"We said we have to go to that because I love history. And this is a very historic event obviously," said Foreman, who was thrilled to be able to see the 59-year-old emperor and empress.

"I felt really, really excited. The empress looked absolutely beautiful. It was hard to see the emperor because he was facing the other way, but it was very exciting to see them drive past," he added.

His partner Akiyo Soyama, a 36-year-old nurse, remarked that she felt lucky to have been able to catch a glimpse of the empress, whom she was more interested in seeing. 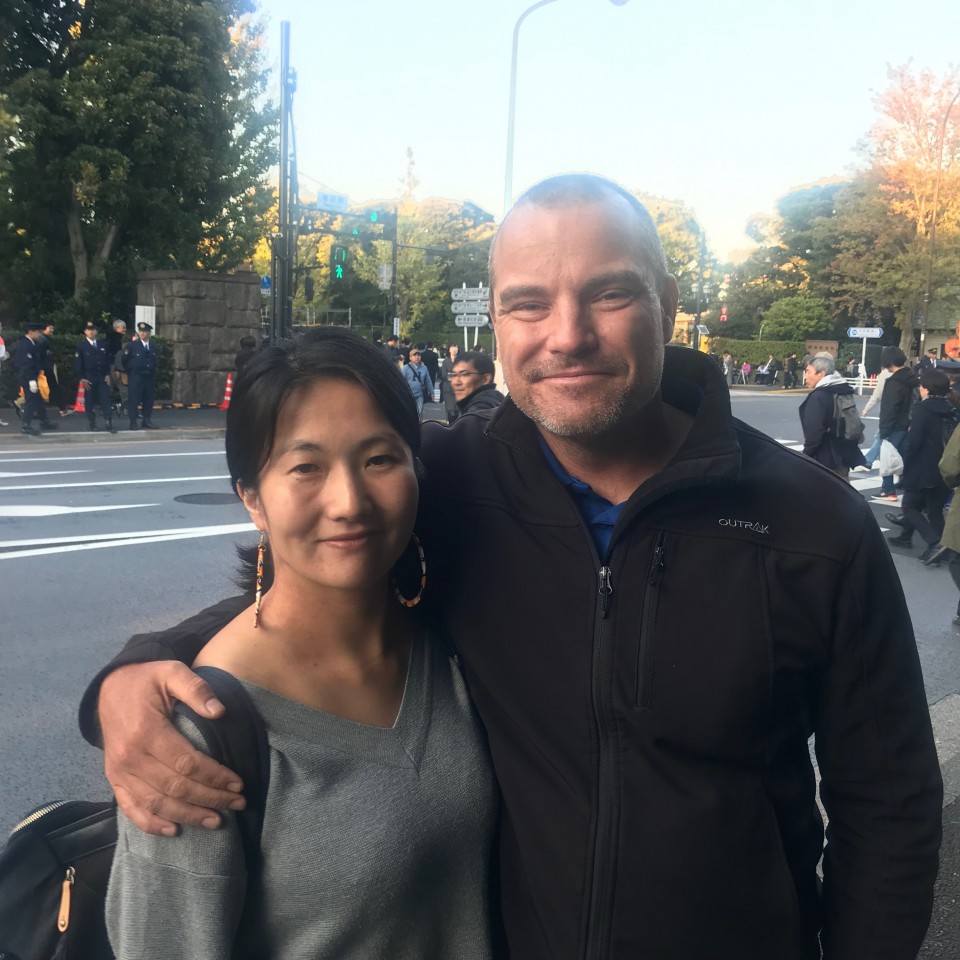 "I thought she was cool for having an amazing career as a diplomat before marriage...I felt it was an incredible decision she made choosing to wed into the imperial family despite having a career," she said.

The 55-year-old empress, a Harvard and Oxford-educated former diplomat, has struggled after developing a stress-related illness some 15 years ago after giving birth to their only child, Princess Aiko, 17, amid pressure to produce a male heir.

"We are members of a generation in which women's social status has advanced...I empathize with her and have a special feeling for her," said Soyama, referring to the hardships the empress is believed to have experienced.

Other Japanese attendees also lavished compliments on the empress.

"Empress Masako was so beautiful I was moved. I'm glad I came early to line up," said Miho Inagaki, in her 40s.

Miwa Yonetani, 11, who came to see the parade with her mother, complimented the empress' long dress. "Empress Masako's dress was beautiful, and I wanted to try it on," she said. 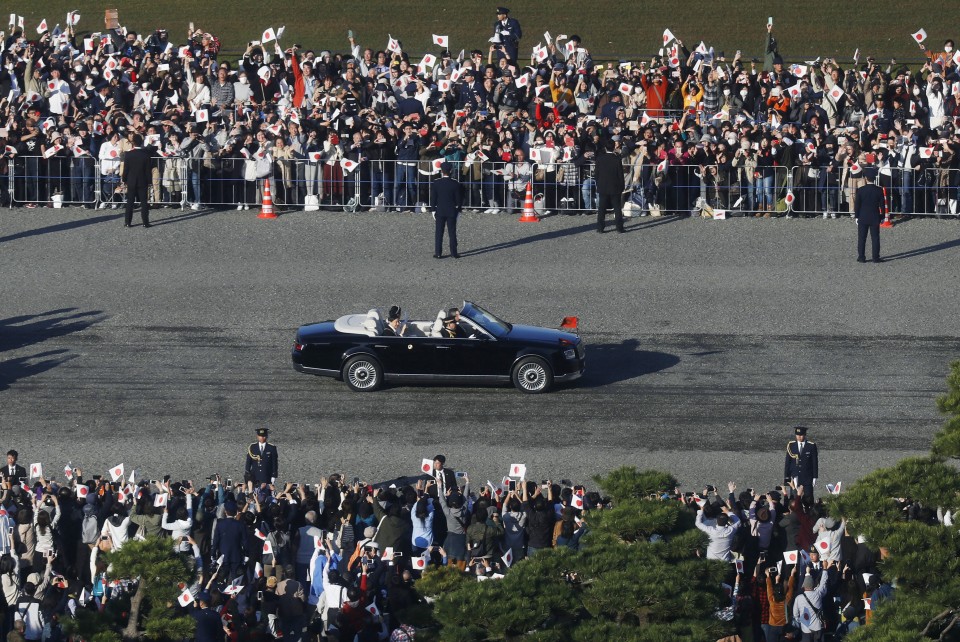 "I think all women admire her. I was thrilled when the car passed us," said Tomiko Takahashi, a 65-year-old fan of the empress from Kashiwa, Chiba Prefecture.

She said female members of the imperial family should be allowed to ascend to the throne, although they are currently barred from doing so under the Imperial House Law.

Among the spectators was Saki Kobayashi, an 8-year-old cerebral palsy patient from central Japan's Aichi Prefecture, who cheered the couple from her wheelchair. "I think they looked at me. It was tiring to come here, but I'm glad to have been able to celebrate them," she said.

The elementary school student had sent a letter to the couple before they traveled to an Aichi medical facility in June, where she had been hospitalized for leg surgery. During their visit, the emperor and the empress thanked her for the letter and encouraged her to work hard on her post-surgery rehabilitation.

Fumio Takizawa, 71, who came from Saitama Prefecture, missed seeing the couple but gave his best wishes.

"Empress Masako has been through a lot, and there will surely be many difficult times ahead, but I hope she doesn't push herself too hard because it will be bad if her mental condition worsens again."

"So I hope she can perform her official duties with the emperor at a moderate pace," he said.

The 30-minute procession, which included some 50 vehicles in total and formed a 400-meter motorcade, passed the Metropolitan Police Department and the main gate of the Diet building before arriving at the couple's residence in the Akasaka Estate.

Emperor Naruhito ascended to the Chrysanthemum Throne on May 1, the day after his father, former Emperor Akihito became the first Japanese monarch to abdicate in about 200 years.

(Toma Mochizuki contributed to this report)