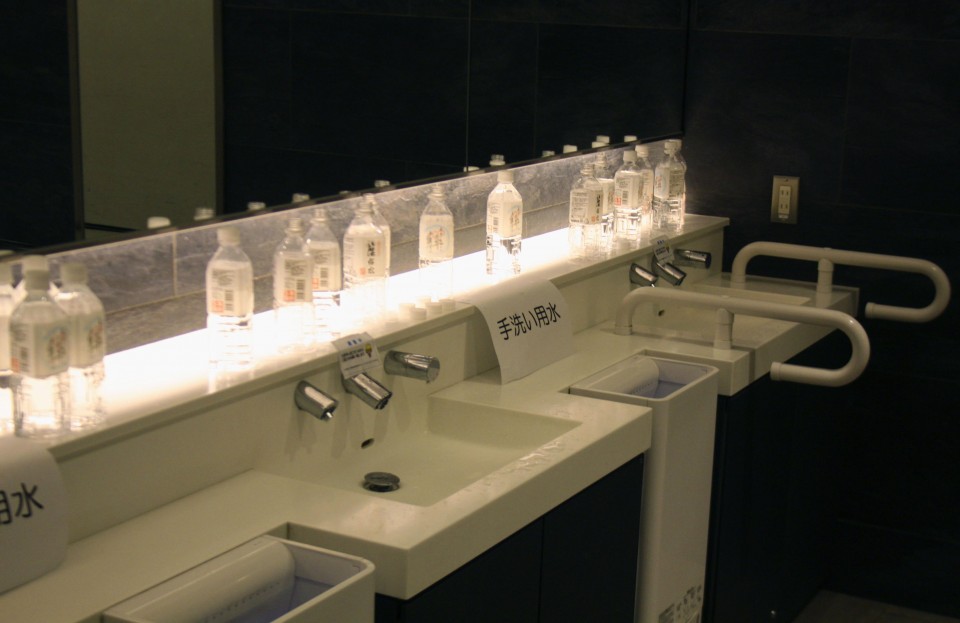 TOKYO - Water supplies were cut off in the domestic terminals at Tokyo's Haneda airport Wednesday morning due to construction work, according to the operator of the terminal buildings.

The water was restored in Terminal 1 from around noon, but is still suspended in Terminal 2, while overall flights and the international terminal were unaffected.

The water was stopped after abnormalities in its quality were detected, said a body commissioned by the central government to provide water to the airport.

Currently,water supply at Haneda Airport Terminal 1 and Terminal 2 is stopped.
We will inform you as soon as we recover.
We apologize for any inconvenience caused to our customers.

"We can't wash our hands or prepare meals," a female employee at a curry restaurant said as water continued to be unavailable at 10 a.m., the eatery's opening hour. "I'm not sure when we can open the store."

Water bottles were provided in the terminal restrooms for travelers to wash their hands throughout the morning.

According to the Tokyo metropolitan government, no irregularities were found with the water pipes it manages. The airport told the Tokyo government that the water supply at the main valve was shut off due to construction work at the terminals.

"The airport is the gateway to Japan, and this doesn't provide a good image for foreigners," said a 35-year-old businessman heading to Okinawa for work. "I hope (the water supply) will be restored soon."