The couple offered prayers at the Geku outer shrine dedicated to the goddess of clothing, food, and housing, with the emperor dressed in "Korozen no goho," a dark orange robe, and the empress in a layered court kimono. 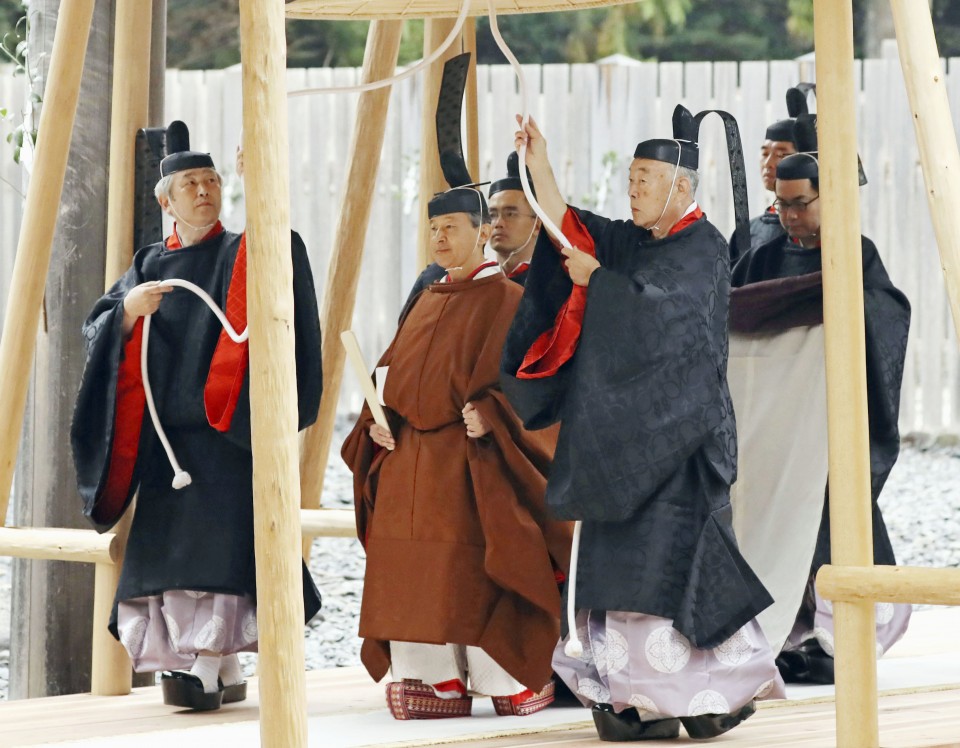 After ascending to the Chrysanthemum Throne on May 1, the emperor proclaimed his enthronement before international guests in the "Sokuirei Seiden no gi" ceremony in October and performed earlier this month the "Daijosai" Great Thanksgiving rite, offering new harvests to gods.

The latest visit is to ceremonially report to the gods the completion the two major rites.

Emperor Naruhito traveled within the extensive shrine precincts in the same horse-drawn carriage used by his father, former Emperor Akihito, during his visit 29 years ago, while Empress Masako, who is allergic to horses, used a vehicle instead.

The two will visit the Naiku inner shrine dedicated to the sun goddess Amaterasu, the mythical ancestress of the imperial family, on Saturday morning before returning to Tokyo later in the day.

They will travel again to Nara and Kyoto from Tuesday through Thursday to visit mausoleums of past emperors. 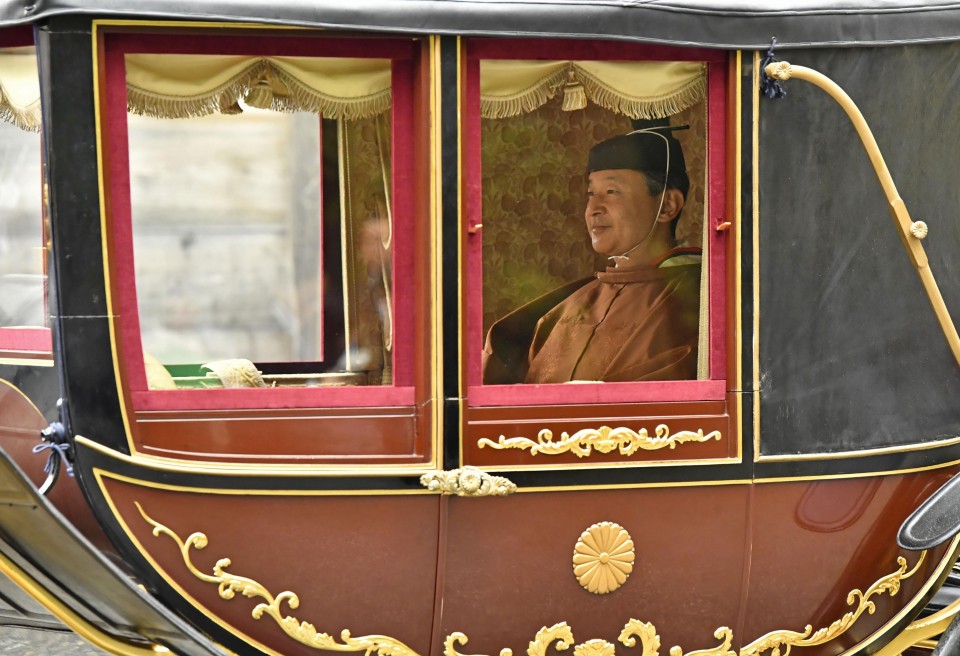 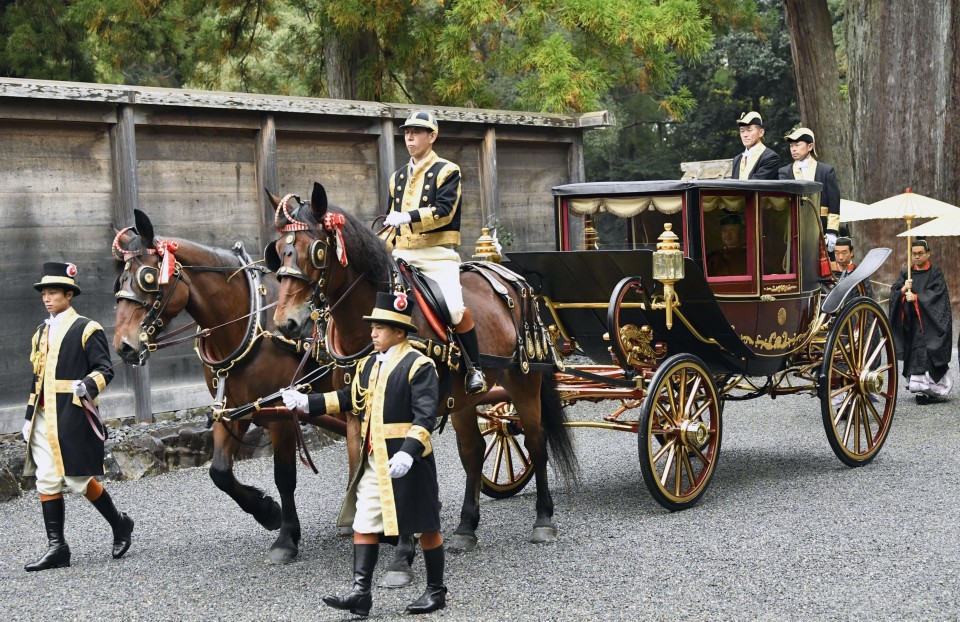 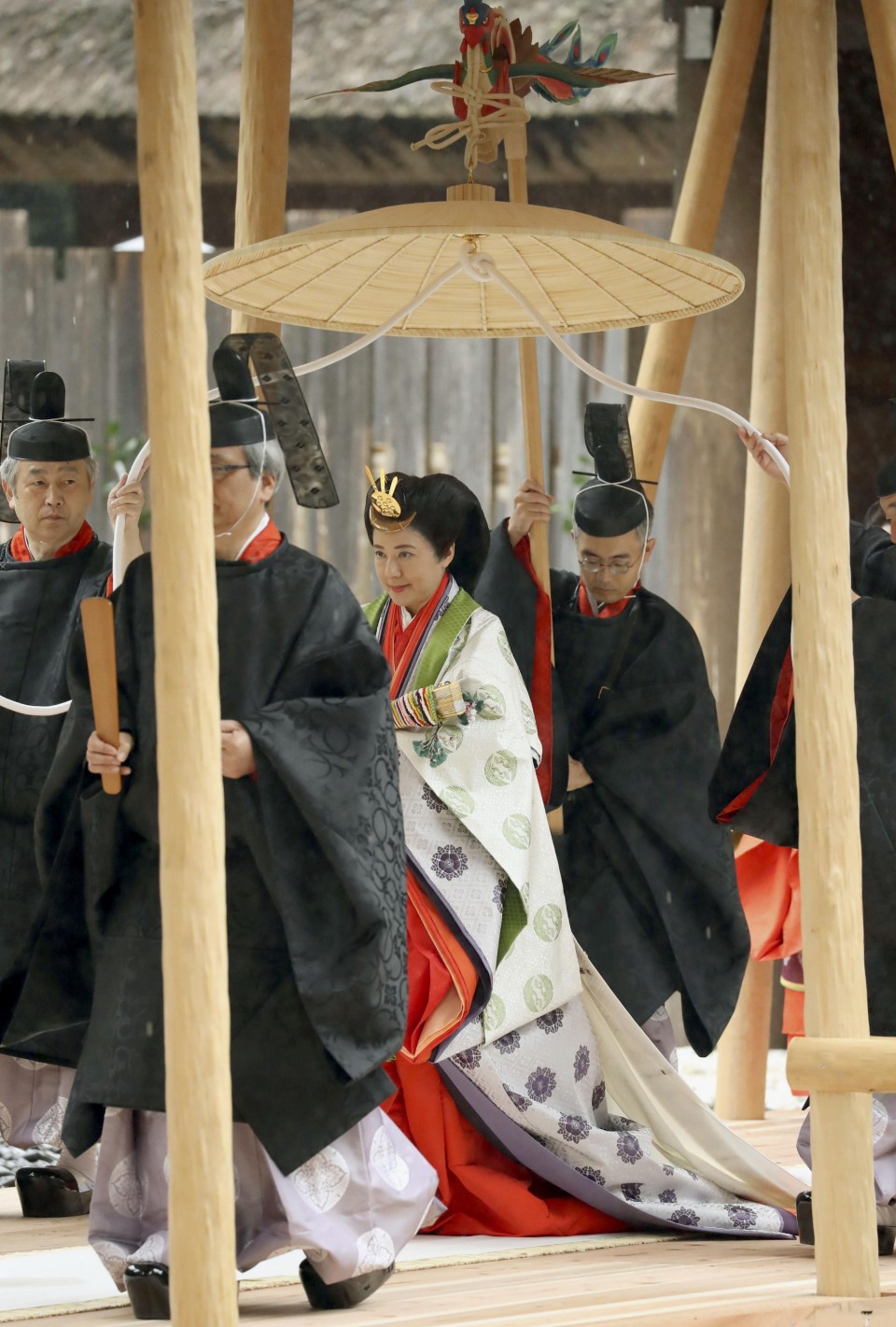 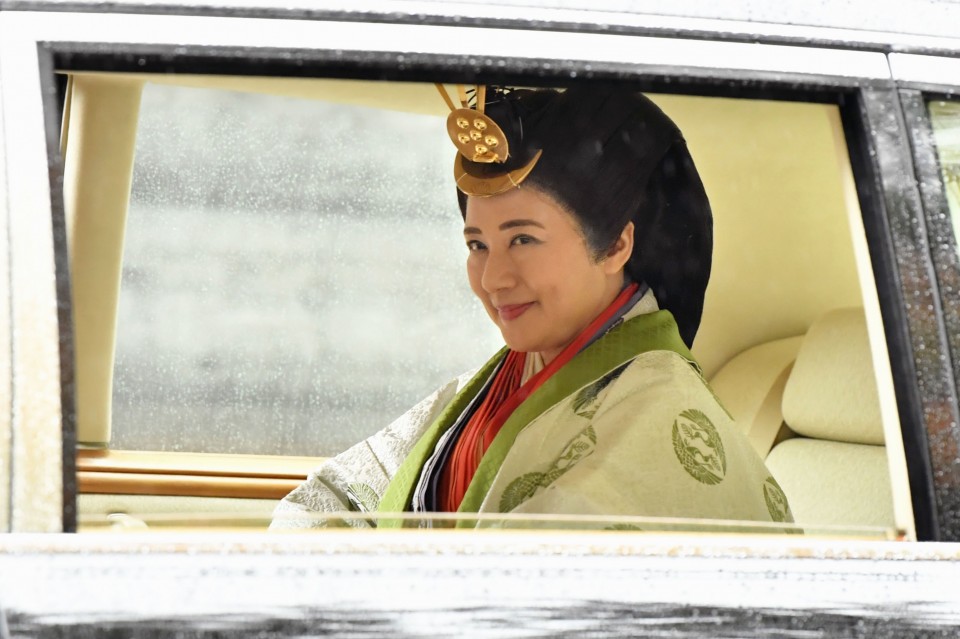