Despite feeling the bitter disappointment of a loss to South Africa in the Rugby World Cup final on Saturday, England head coach Eddie Jones said he was delighted to see how the tournament had helped improve the game in Japan.

"I think the game of rugby has grown over this tournament. We now have another serious rugby nation and I'm sure Japan will push that influence into Asia," said Jones, who coached the Brave Blossoms at the World Cup four years ago in England.

With their 32-12 defeat against the Springboks in Yokohama, England missed out on lifting the Webb Ellis Cup for the second time.

"It was a great World Cup so we feel humbled to be a part of it, (but) we are disappointed we are not the world's best team. We finished second," he added. 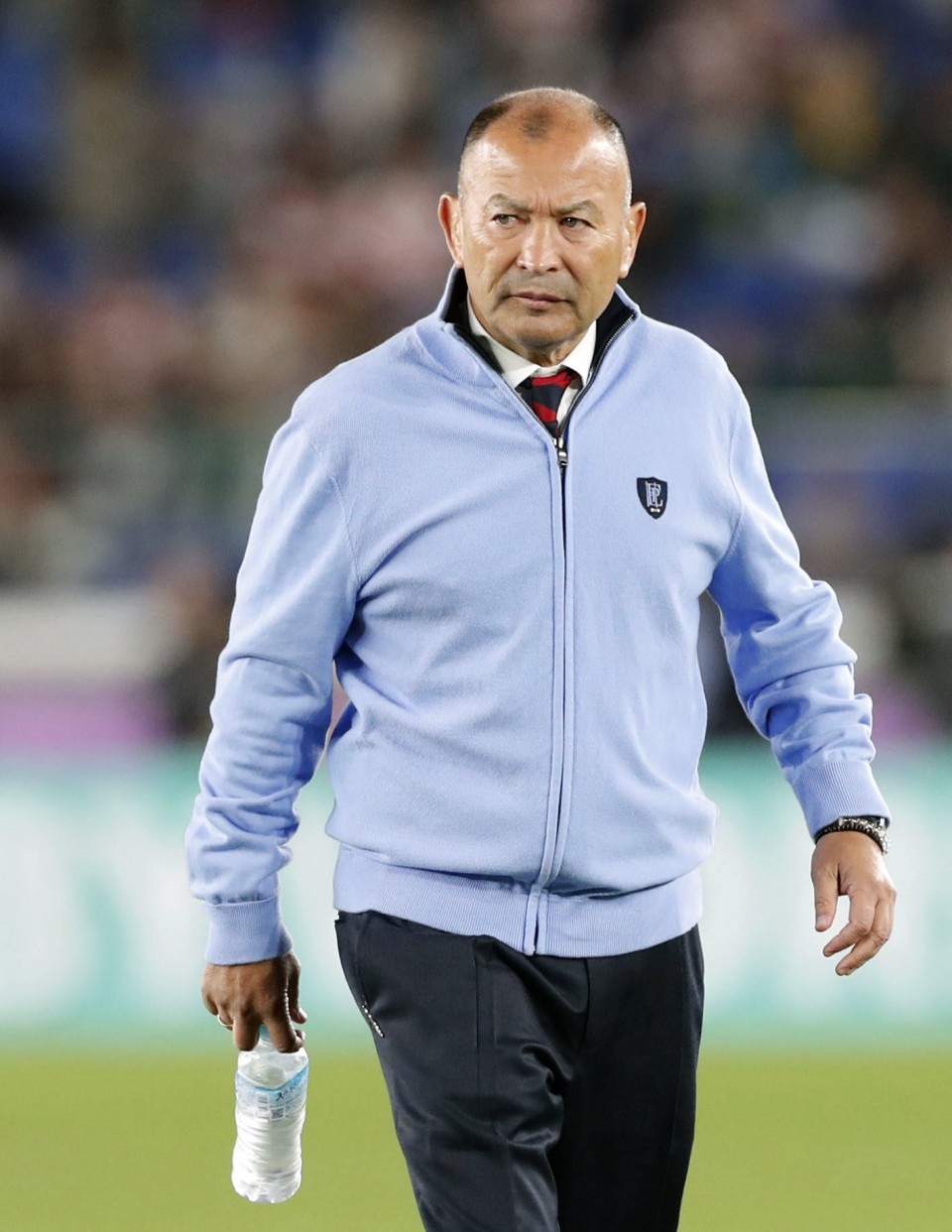 While their match against France was cancelled due to a powerful typhoon, Jones' young squad won all of the pool matches they played, then knocked out heavyweights Australia and New Zealand on their way to the title match against the Springboks.

"I'm proud of the way they've conducted themselves in Japan. They've been great ambassadors for English rugby and for the sport of rugby," he said.

The 59-year-old Australian has been credited by many Japanese fans for raising the level of the sport in Japan, having led the Brave Blossoms to three pool wins at the 2015 World Cup, including their famous 34-32 win over South Africa.

He also coached Tokai University and Top League side Suntory Sungoliath in the country of his wife's birth and mother's ancestry.

Even on the eve of one of the biggest matches of his career, he took the time to hold a training session for high school students in Tokyo.

"Japan has put on a fantastic World Cup, it's very well attended, the grounds have been terrific, the organization was first class so 'arigato gozaimasu,'" he said, using the Japanese phrase for "thank you very much."