Crown Prince Fumihito, the younger brother of Emperor Naruhito, has urged his daughter Princess Mako to update the public on her marriage to university boyfriend Kei Komuro by February, two years after their wedding postponement was announced.

"This coming February marks two years (since the postponement announcement)," the crown prince said at a press conference held before his 54th birthday on Saturday. "I believe something must be announced about it." 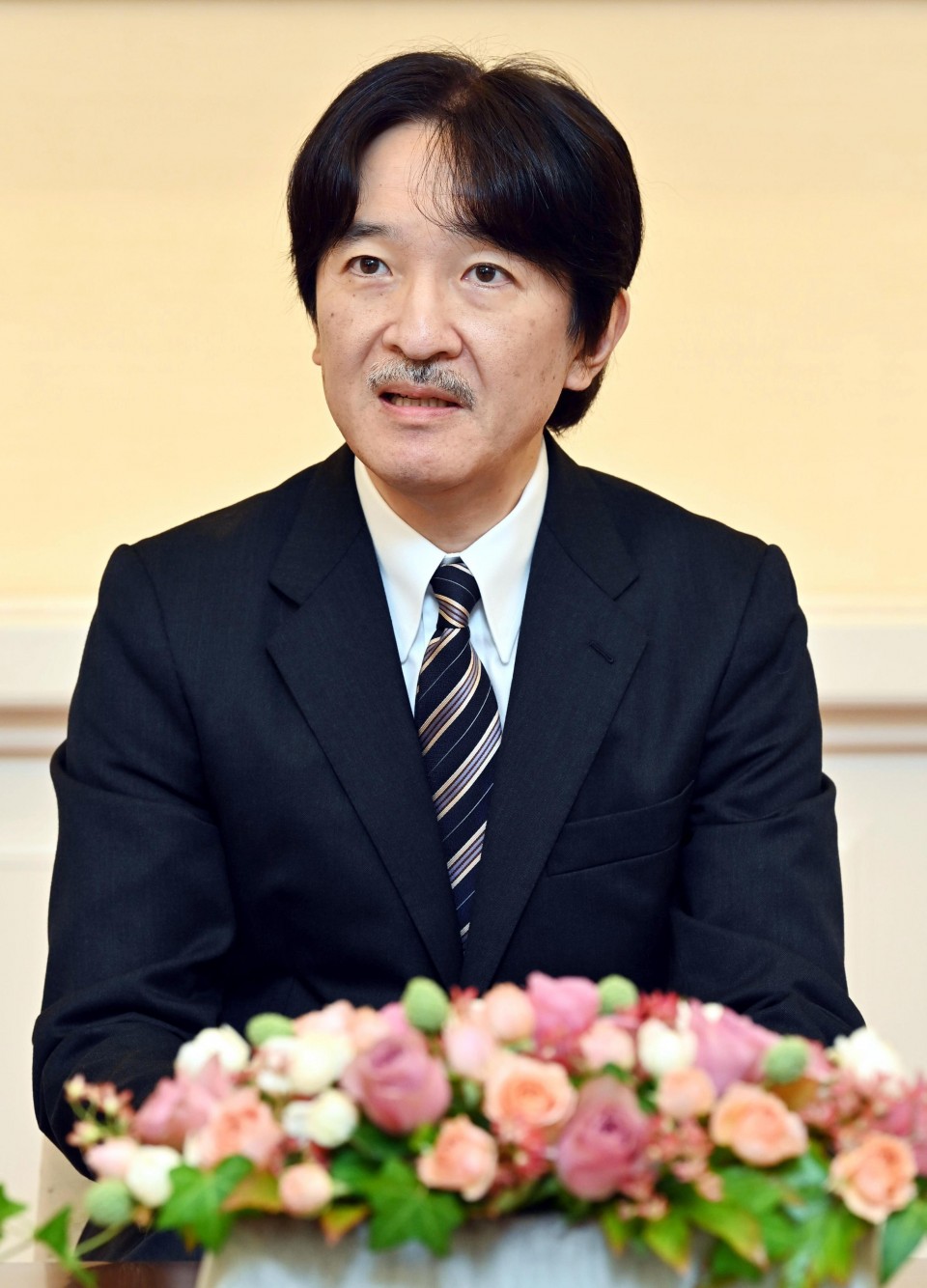 The crown prince's eldest daughter and Komuro announced their planned engagement in September 2017 and said their wedding would take place on Nov. 4, 2018.

But the Imperial Household Agency said in February 2018 that the couple would delay their marriage until 2020, following a string of reports that Komuro's mother is involved in a dispute over money, including her son's educational expenses which her former fiance shouldered.

Princess Mako, 28, said at that time through the agency she "came to recognize the lack of time to make sufficient preparations." Komuro, a paralegal at a Tokyo law firm, has been studying at Fordham University's law school in New York since August last year, aiming to pass the state's bar exam.

Last year, the prince urged Komuro's family to resolve outstanding issues if they want the wedding to go ahead, saying their marriage should be something that is "celebrated by many people."

The crown prince said this time that his stance "has not changed" from what he said last year, adding he has not spoken with Princess Mako about her marriage or contacted the Komuros.

He also said he continues to question whether it was appropriate for the state to finance the Daijosai, or the Shinto-style thanksgiving ceremony held earlier this month as a key rite accompanying the emperor's succession on May 1. 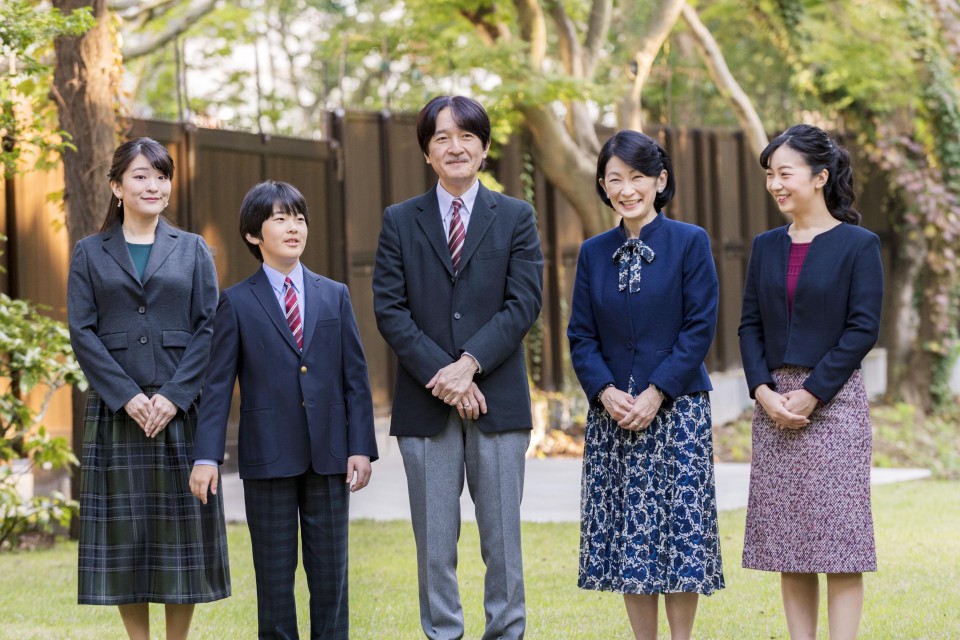 "My feelings toward the Daijosai remain the same as last year," the crown prince said. He raised a question about whether the state should finance "the highly religious event" at a news conference ahead of his birthday in 2018.

While he has suggested using the imperial family's private funds for the ritual instead, the government has maintained the public nature of the ceremony held to mark imperial succession warrants it being state-financed.

Given the Daijosai is held in Shinto style, it has long been subject to criticism for being a violation of the constitutional principle of separation of religion and state.

The cost of the latest Daijosai, held Nov. 14-15, is estimated at around 2.44 billion yen ($22.3 million), including the cost of a cluster of buildings built solely for use in the once-in-a-lifetime event for the new emperor.

The crown prince said he is "relieved" that the key succession ceremonies, including the Daijosai and the "Sokuirei Seiden no gi" ceremony for announcing the emperor's enthronement before international guests, passed without any trouble.

Emperor Naruhito's accession to the Chrysanthemum Throne has promoted the crown prince to being first in line to the throne, and he is scheduled to take part in a ceremony to mark his promotion next April.

But the crown prince declined to comment on how imperial succession rites should be held, saying some of them are state occasions. He also refrained from expressing a view on the possibility of succeeding the current emperor at an old age as he and his brother are only five years apart.

Asked about memorable events over the year, the crown prince named the Rugby World Cup held in Japan as well as disasters including the deadly Typhoon Hagibis and the fire that burned down Shuri Castle in Okinawa. He served as honorary head of the rugby event. 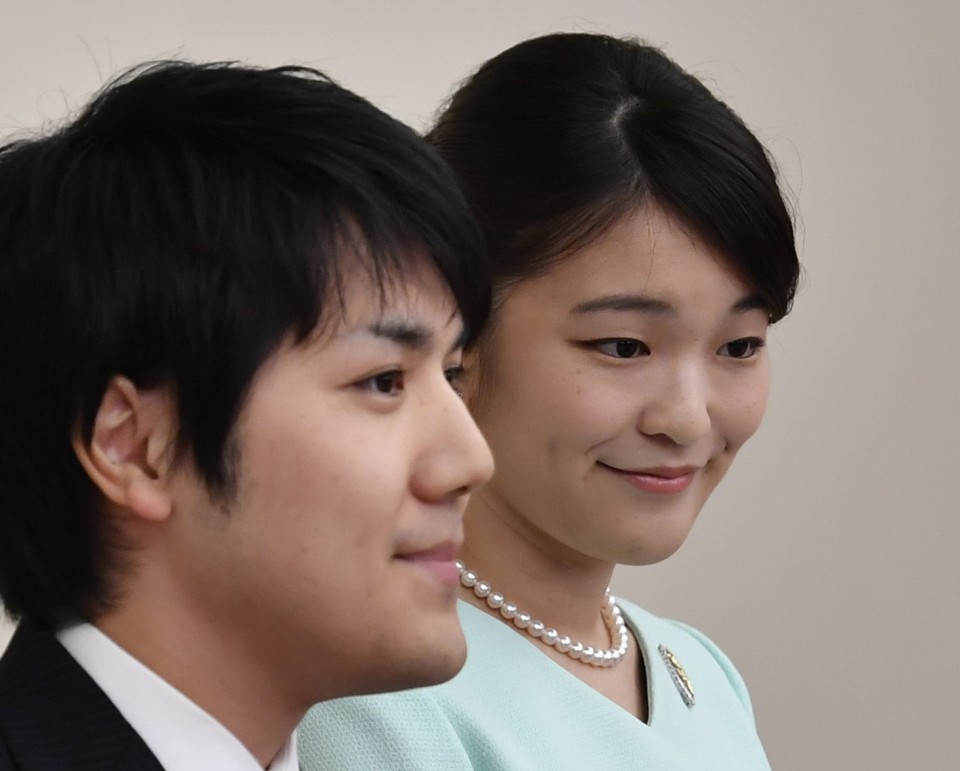