Samurai Japan moved into a tie atop the Premier 12 super round standings Wednesday with a 3-1 win against joint leader Mexico.

The hosts took an early lead at Tokyo Dome and four pitchers combined on a one-hitter to improve to 3-1 alongside the previously unbeaten Mexicans.

For the first time in the super round, Japan opened the scoring. Cleanup hitter Seiya Suzuki of the Hiroshima Carp continued to hammer the baseball, singling in the Yomiuri Giants' Hayato Sakamoto in the first and scoring on a single by the Nippon Ham Fighters' Kensuke Kondo.

Sakamoto singled in Carp catcher Tsubasa Aizawa in the second.

Mexico got on the board in the fourth, when Jonathon Jones recorded his team's first hit off DeNA BayStars lefty Shota Imanaga, by leading off with a solo homer into the left field stands.

Imanaga, who issued a walk in the inning, also struck out one batter in each of the first five frames. With Jones leading off the sixth, the lefty struck out the side. 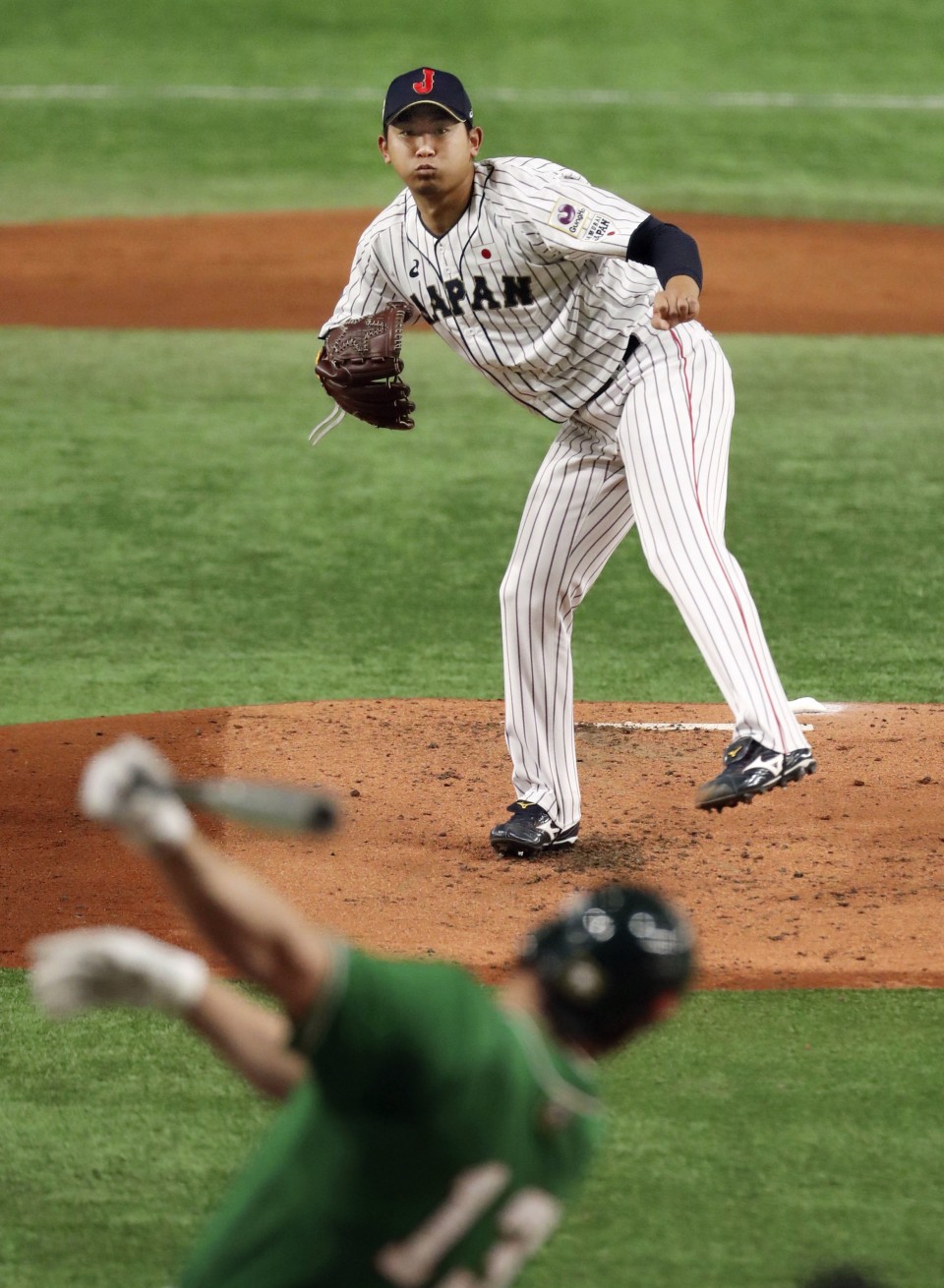 (Shota Imanaga of Japan and Jose Vargas (13) of Mexico)

In the afternoon game at Tokyo Dome, Australia earned its first win of the super round, taking down the United States 2-1. Orix closer Brandon Dickson, who earned the save against Japan on Tuesday, struck out both batters he faced with the bases loaded in the ninth.

The tournament will qualify two teams for next summer's Tokyo Olympics. South Korea, Taiwan and Australia are vying for one berth from Asia and Oceania, while the other spot is for the top team from the Americas.