Rumored Banksy artwork to be exhibited at Tokyo pier

A possible artwork by mysterious street artist Banksy discovered last year in Tokyo will be exhibited from next week at a pier close to where it was found, the metropolitan government said Thursday.

The artwork of a rat holding an umbrella and bag, which was found spray-painted on a metal flood barrier close to Hinode Pier in Tokyo, will be free to view at a waiting area for passengers between 10 a.m. and 7 p.m. once the exhibit opens next Monday. 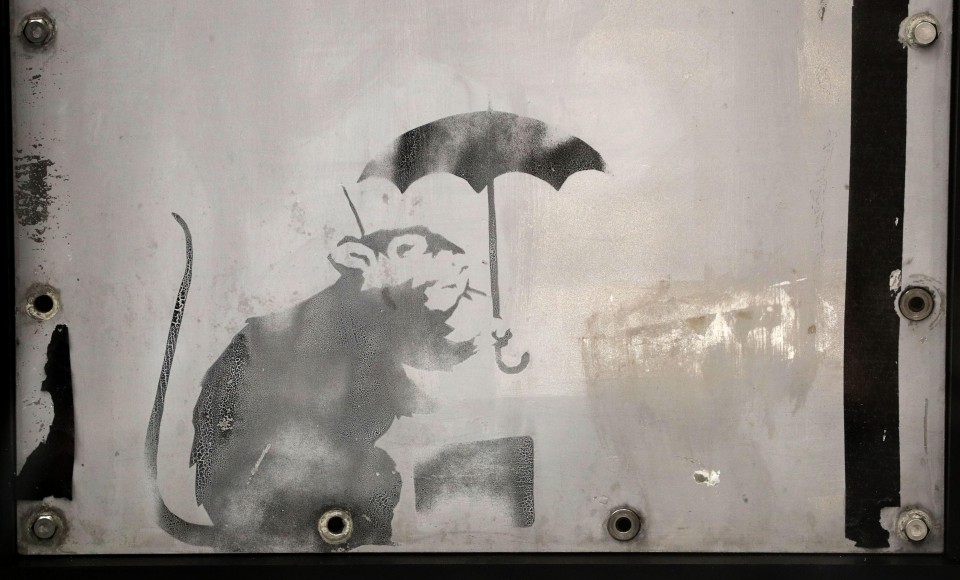 The exhibit is slated to run indefinitely after its display at the Tokyo metropolitan government building in April sparked continued interest.

But it remains unclear whether the drawing -- no bigger than a sheet of office paper -- is actually by Banksy, as attempts to contact the elusive British-based artist to confirm its validity have remained unanswered, the metropolitan government said.

The artwork, which closely resembles one found in a collection Banksy is said to have drawn in Tokyo in 2003, was discovered last December on a metal flood barrier near Hinode Station on the Yurikamome train line in Tokyo's bay area. 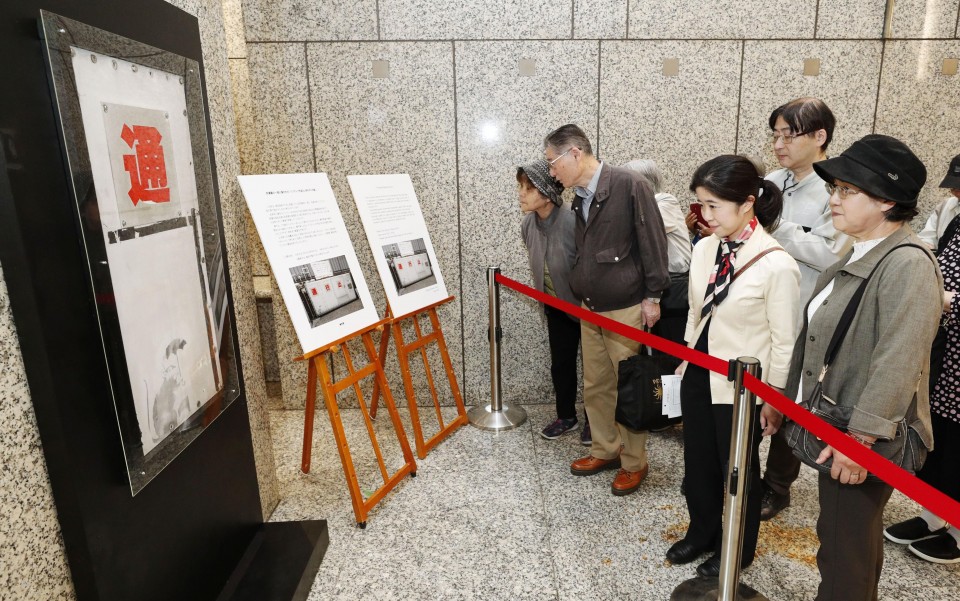 Despite maintaining that "drawing graffiti is unacceptable," Tokyo authorities decided to showcase the artwork after receiving requests to return the piece to its original location or store it somewhere close by to allow people to view it.

Banksy, whose identity is known to few, has produced works of art, including some featuring rats, on walls and other locations all over the world.

The artist caused controversy in October last year by remotely shredding his "Girl with Balloon" painting just after it sold for $1.4 million at an auction in London.

Possible Banksy artwork to be exhibited at Tokyo gov't office

Tokyo graffiti stirs debate on whether it's a Banksy piece