With men becoming increasingly conscious about the effects of aging, skin-care brands in Japan traditionally aimed at women have expanded their catalogue to include products to help men regain their youth.

In its first foray into men's skin care, Fujifilm Corp. released in November a jelly-based moisturizing cream, facial cleanser, lotion and emulsion for men in a spinoff of its Astalift brand, a lineup that originally targeted women.

Utilizing proprietary nanotechnology the company developed in its photographic film business, it advertises that moisturizing ingredients in its products penetrate through the skin more effectively.

"We want (men) to gain confidence and dignity for a good performance at work," a brand official said.

Meanwhile, major cosmetics maker Shiseido Co., which leads the charge into men's skin-care products, launched in September its Uno Vital Cream Perfection, a cream targeted at men in their 30s.

With the tagline "you'll see the difference in your skin in 10 years," it claims to be effective in guarding against blemishes and treating bad skin. 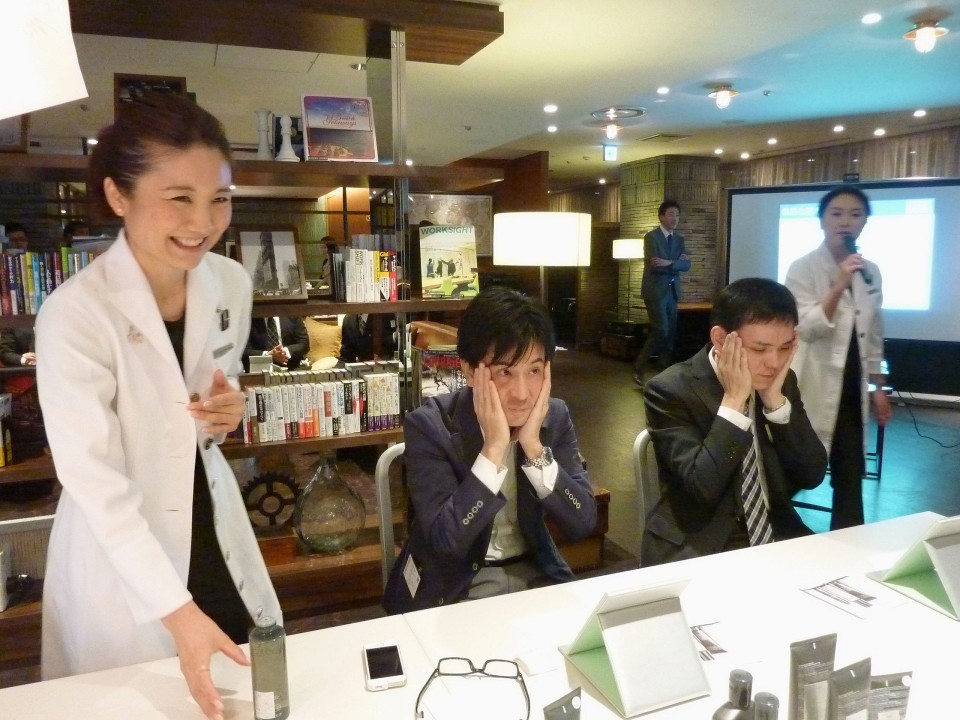 Kobayashi Pharmaceutical Co. in February revamped its Men's Keshimin skin-care brand, which was originally released in 2014. Consisting of cream, lotion, and emulsion, all three products in the lineup contain ingredients to reduce inflammation, said to be the cause of blemishes.

The interest in skin-care products for men is occurring against the backdrop of female empowerment and the rise of social media in the country.

With women moving up in society, men have become more conscious of their appearance while in the workplace. The advent of member-only social media sites has also provided men with more opportunities to post images of themselves.

"Men highly conscious of skin care have come to demand more effective products as they get older," said beauty consultant Miyoji Okabe, who predicts the market for men's skin care will only continue to grow.