Prime Minister Shinzo Abe pledged Monday to "double" Japanese investment and loans to the Association of Southeast Asian Nations to spur development in the region.

In a summit with his ASEAN counterparts near Bangkok, Abe said Japan is ready to boost financial assistance through the Japan International Cooperation Agency in key areas such as infrastructure building, women's empowerment and the environment, the government said. 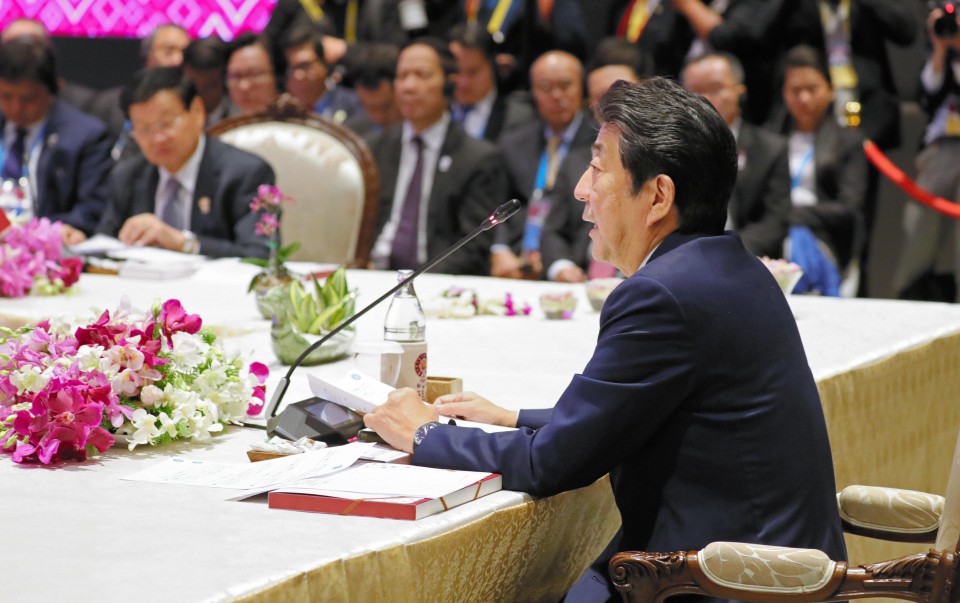 On security, Abe expressed Tokyo's "grave concern" about the current situation in the South China Sea, in a veiled criticism of Beijing's militarization of disputed areas in the waters, and stressed the need to improve the worsening situation there.

Some of the 10 ASEAN member have overlapping territorial claims with Beijing in the South China Sea.

Abe also vowed to coordinate with ASEAN in realizing a "free and open" Indo-Pacific, a concept designed to promote stability and prosperity in areas between Asia and Africa in accordance with principles such as the rule of law and the freedom of navigation. 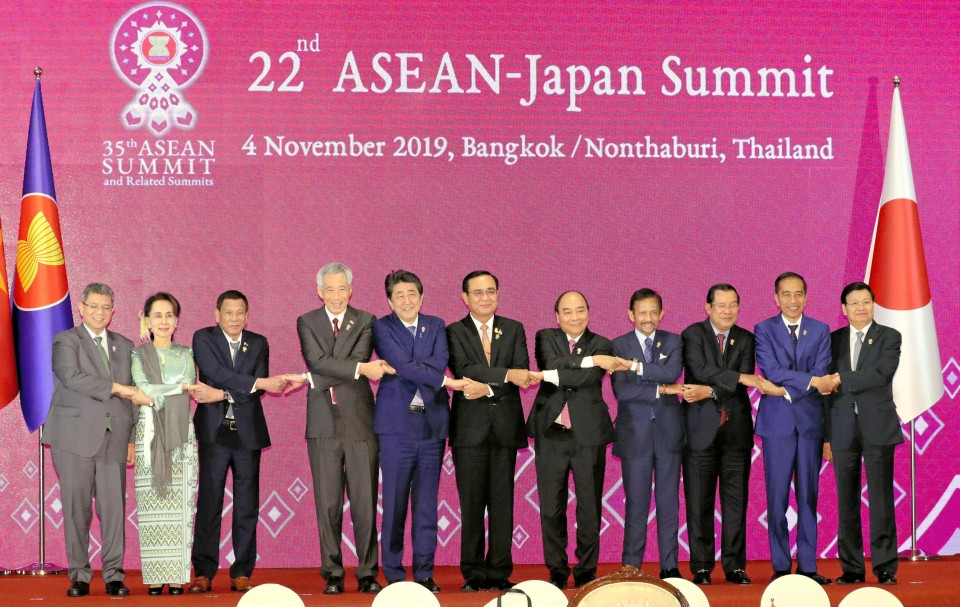 The prime minister urged his ASEAN peers to continue to rein in North Korea, which has recently resumed its projectile launches amid stalled denuclearization negotiations with the United States.

He called for cooperation with ASEAN in settling the long-standing issue of past abductions of Japanese nationals by the North, saying, "I am determined to face Chairman Kim Jong Un without conditions."