The premier of New South Wales, Australia's most populous state, declared a state of emergency on Monday, amid unprecedented bushfires burning across the country's east coast and "catastrophic" fire conditions forecast for Tuesday.

For the first time since fire danger ratings were revised in 2009, authorities forecast the highest level for the greater Sydney region and surrounding areas, including the World Heritage-listed Greater Blue Mountains Area. 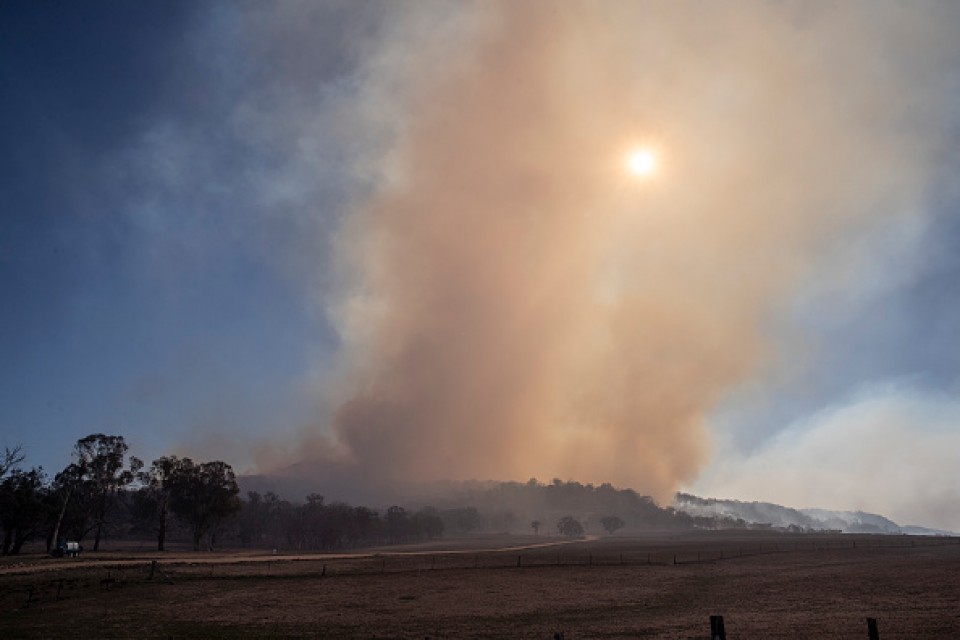 Three people were confirmed dead and more than 150 homes gutted in northern New South Wales, and the state of Queensland to the north, over the weekend.

On Sunday, authorities in Queensland declared a state of fire emergency, and on Monday confirmed a further eight homes had been destroyed near the beachside suburb of Yeppoon.

New South Wales Premier Gladys Berejiklian described the fires as "some of the most devastating" the state has ever seen, and said the state of emergency will last seven days.

"With catastrophic weather conditions predicted for this week, particularly Tuesday with hot weather and strong winds, I have decided to take the (Rural Fire Service) commissioner's advice and make this declaration," she said.

Under the catastrophic rating, residents close to fires are encouraged to evacuate instead of staying to protect their homes.

While bushfires are a common occurrence in Australia, this year's season has begun uncommonly early, with a prolonged drought across the country's east coast exacerbating the problem.

According to the Rural Fire Service, more than 60 fires are still burning across New South Wales.

The extent of the fires and early start to the season has reinvigorated the national debate around how climate change is affecting Australia.

Prime Minister Scott Morrison declined to comment on the issue when visiting evacuation centers on Saturday, saying his "only thoughts" were with those who had lost their lives and their families.

"(Bushfire victims) don't need the ravings of some pure, enlightened and woke capital city greenies at this time, when they're trying to save their homes, when in fact they're going out in many cases saving other peoples' homes and leaving their own homes at risk," said the leader of the rural affairs-focused National Party.