Japan suffered its first defeat of the Premier12 baseball tournament on Tuesday, losing to the United States 4-3 in the super round.

Japan, led by manager Atsunori Inaba, is 2-1 in the six-team super round, having defeated Australia on Monday and Taiwan in the opening round last week.

Hideto Asamura went 3-for-4 with three RBIs to lead the home team's offense, but starting pitcher Rei Takahashi and the relievers struggled against the hard-hitting Americans at Tokyo Dome.

Asamura, who plays for the Rakuten Eagles in the Pacific League, scored Seiya Suzuki with an RBI single in the fourth when Japan was trailing by two runs. 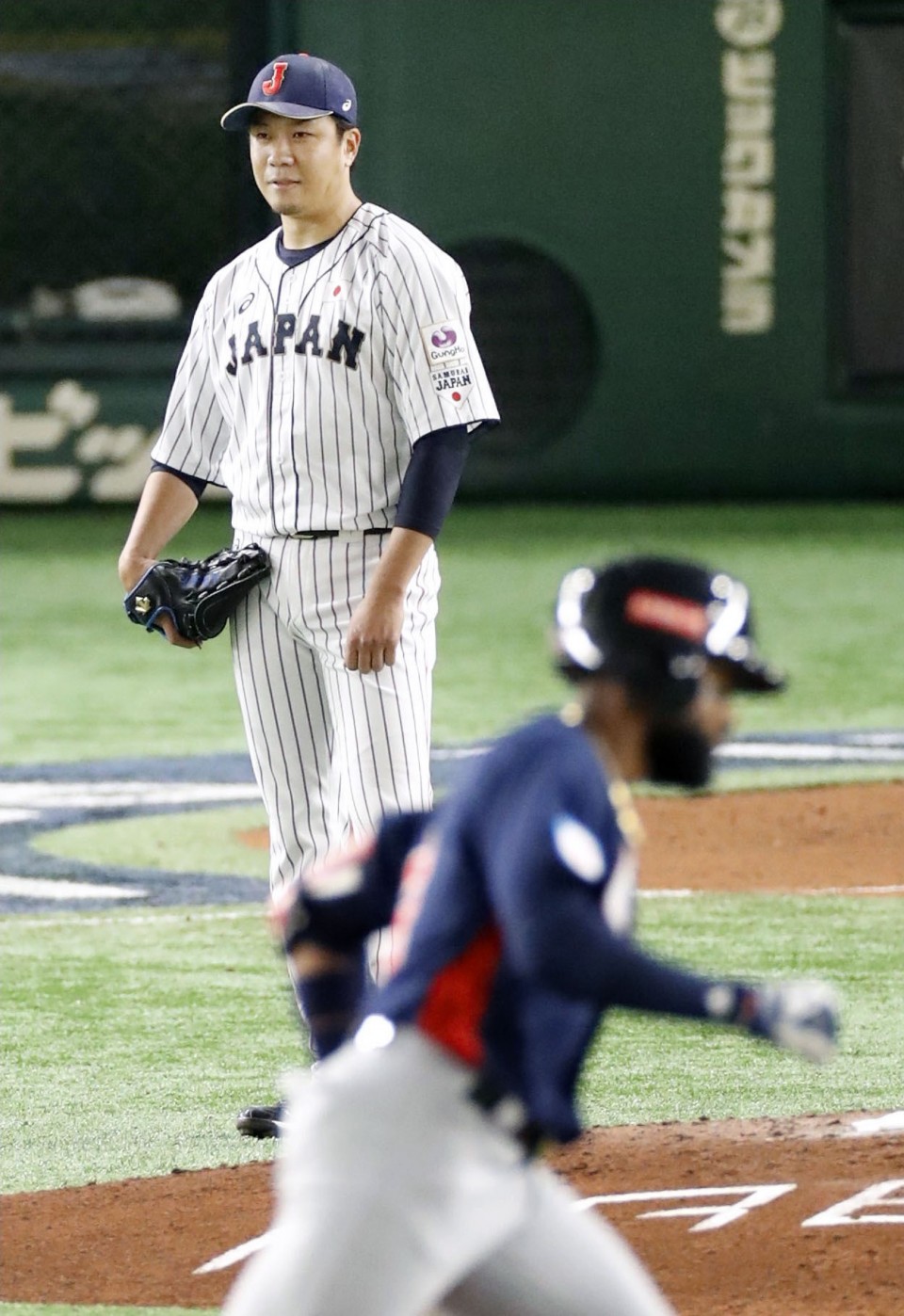 (Yudai Ono of Japan and Jordon Adell of the United States)

While the 29-year-old bagged two more runs on a sixth-inning double and an eighth-inning single, the team missed several opportunities to come from behind.

Takahashi, a submarine right-hander, was tagged with the loss after allowing two runs on four hits and two walks over four innings.

He opened with a 1-2-3 first inning but allowed Alec Bohm to lead off the second with a double and scored on a groundout. The United States extended the lead in the following inning.

"I was pulled out after four innings, and I wasn't able to fulfill my duties as the starting pitcher," said Takahashi, who was making his second start of the tournament. "I need to reflect on my performance." 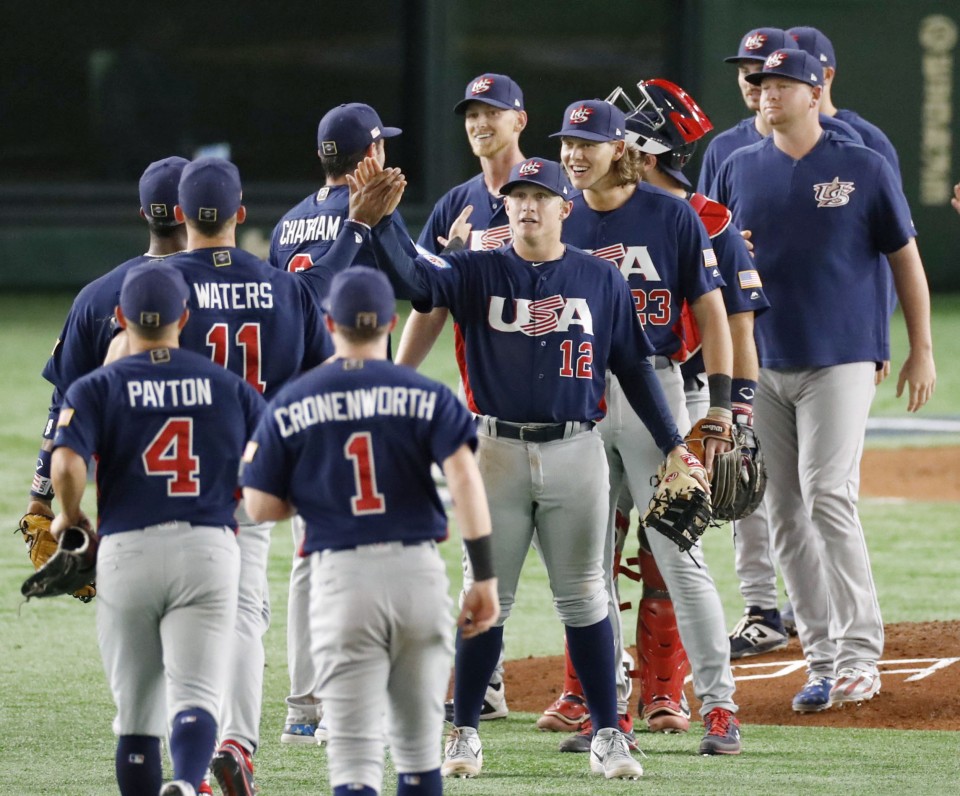 In other games of the day, Mexico beat Australia 3-0 at Tokyo Dome, while Taiwan defeated South Korea 7-0 at Zozo Marine Stadium.

Japan's next game will be on Wednesday against Mexico, who leads the super round with a 3-0 record.