All 10 typhoon-flooded shinkansen bullet trains to be scrapped 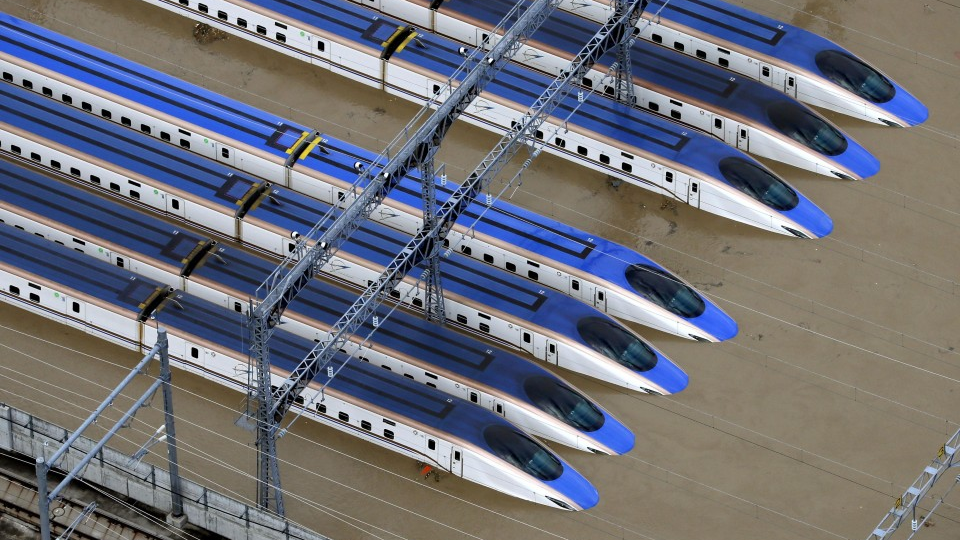 TOKYO - All 10 Hokuriku Shinkansen bullet trains that were inundated in central Japan last month by floods triggered by Typhoon Hagibis will be scrapped due to severe damage, railway operators said.

East Japan Railway Co. owns eight of the 10, while the remaining two belong to West Japan Railway Co. The trains, totaling 120 cars, accounted for a third of the Hokuriku Shinkansen fleet and were flooded while parked at a train yard in Nagano city when the nearby Chikuma River burst its banks on Oct. 13.

JR East President Yuji Fukusawa told a news conference on Wednesday, "Some of the train components can be reused, but for stability and safety we have concluded it would be appropriate to replace the trains with newly built ones instead of repairing them." 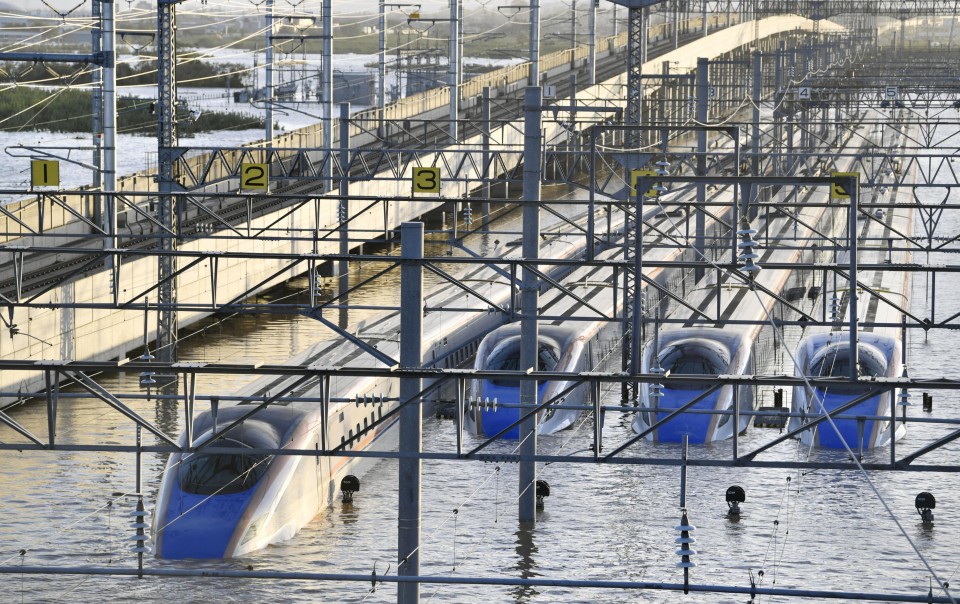 JR East said it will carefully examine which train parts can be reused before deciding on the total amount to report as a special loss for the fiscal year ending March 2020. The book value of JR East's eight E7-series bullet trains totaled 11.8 billion yen as of the end of September.

Meanwhile, JR West said it plans to book a special loss of 3 billion yen for the fiscal year for its two W7-series bullet trains to be scrapped.

The Hokuriku Shinkansen Line, which runs between Tokyo and Kanazawa, is currently operating on a reduced schedule using the fleet’s remaining 20 trains, one newly built train, and one diverted from the Joetsu Shinkanesn Line's reserve trains.

The railway operators aim to introduce three more newly built trains by the end of March 2020 and restore the Hokuriku Shinkansen's pre-typhoon train schedule. "We aim to restore 100 percent of our services by the end of the current business year," JR East's Fukusawa said. 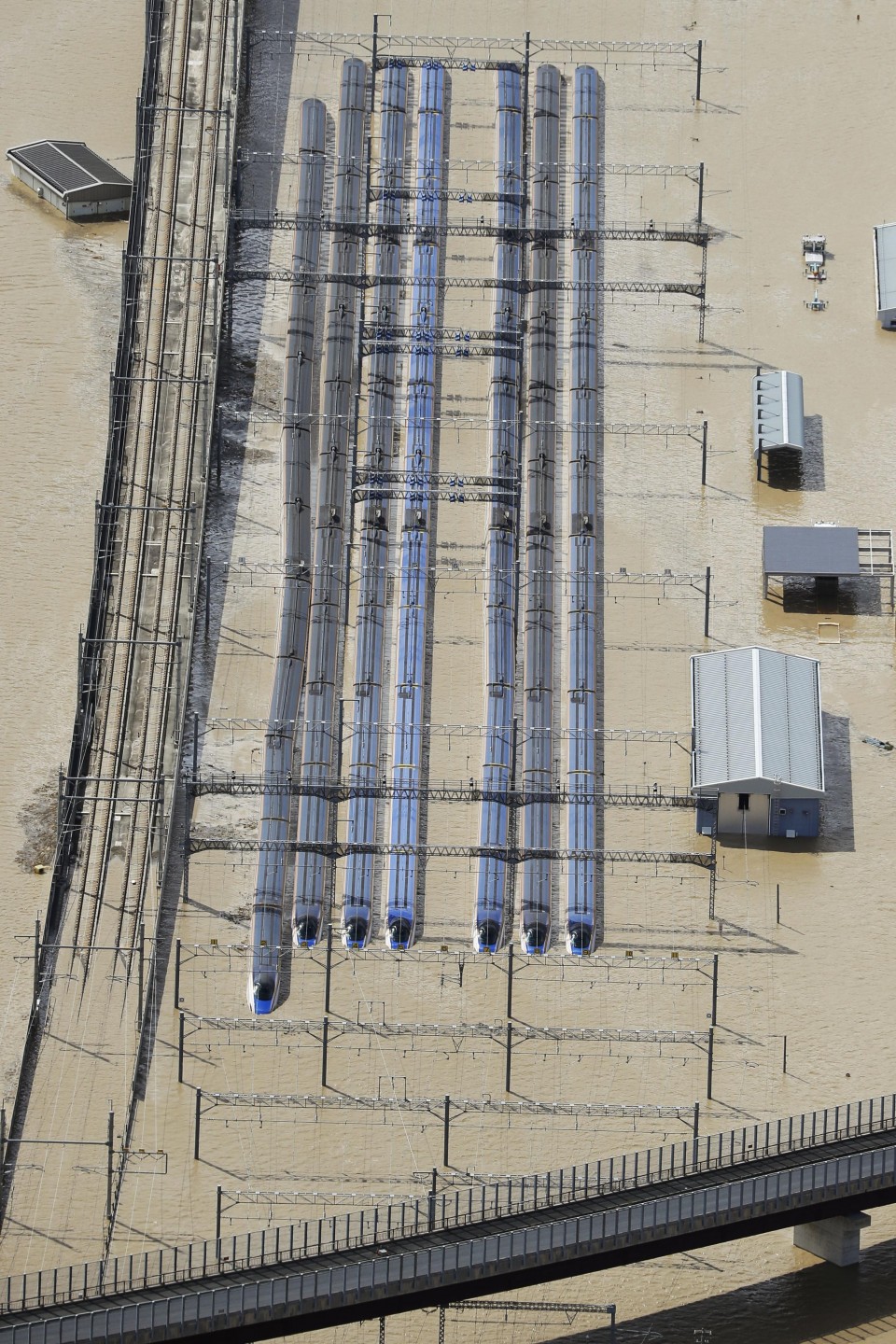 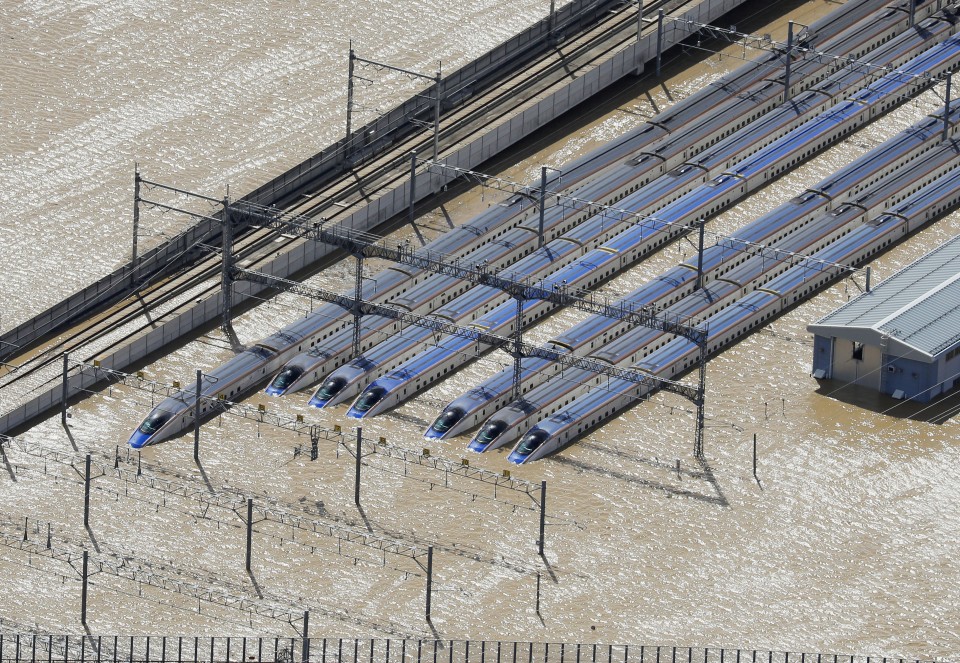 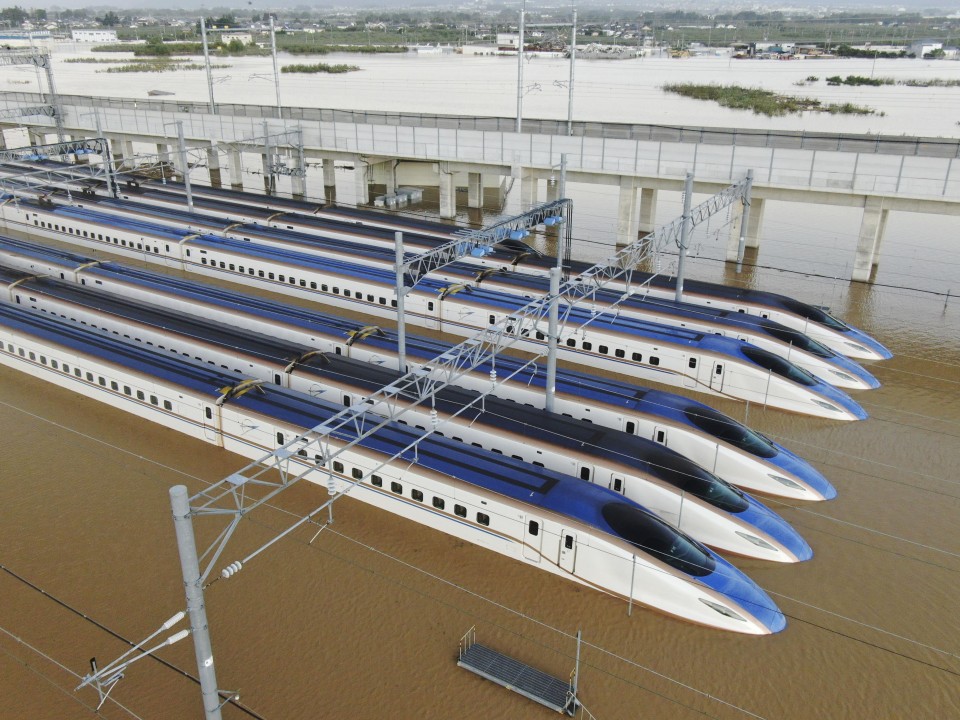 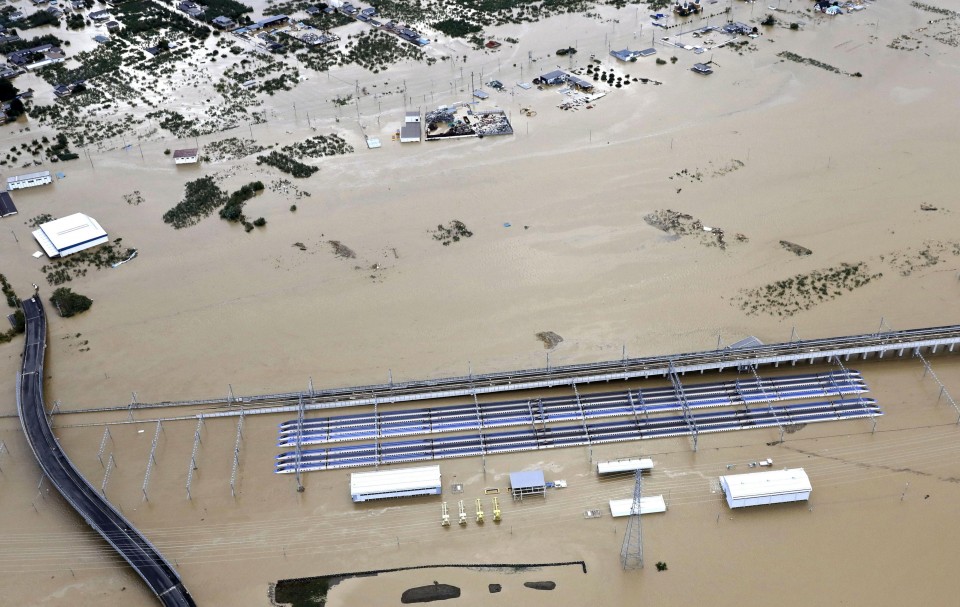