In a society that values prescribed pathways to success, carving one's way as an outsider is rarely the first choice in Japan, but for Alice Iwamoto, who is fashioning an independent acting career from scratch, it's been the only choice.

To achieve her goal, the 27-year-old former dancer has spent the two years since arriving from Australia feverishly acquiring the various skills that will allow her to make it as an action actor in Tokyo's growing freelance film-making industry. 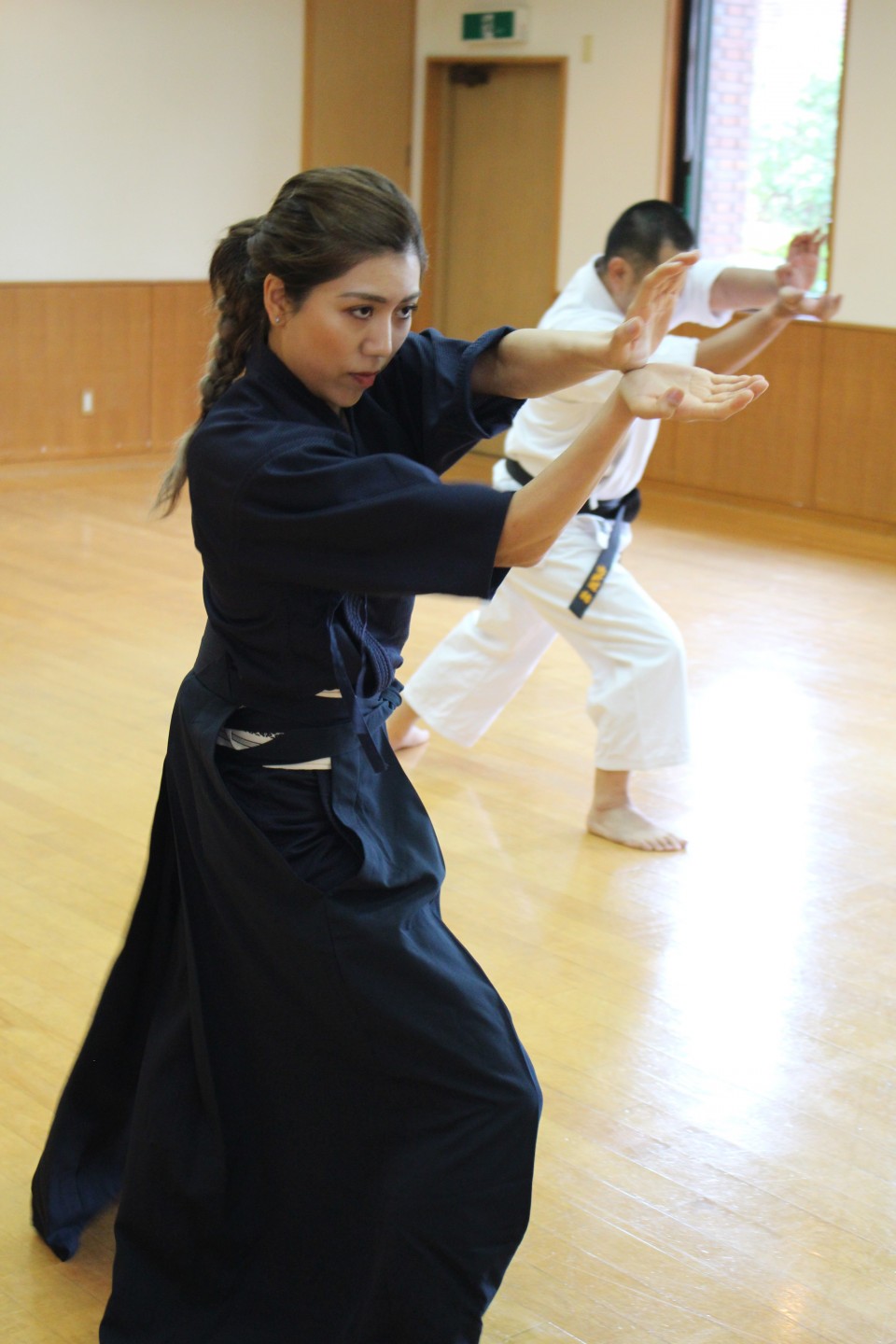 In retrospect, it seems fitting that someone seeking diverse skills found kobudo, perhaps the most esoteric of Japanese martial arts. Translated as "old martial arts," kobudo is a collective term for Japanese traditional techniques used in combat and martial arts established before the Meiji Restoration.

"Kobudo was a discipline developed to train warriors to be flexible, to survive regardless what weapon was at hand," Iwamoto's teacher Hiroyuki Yashiro, said in a recent interview.

Although practice of kobudo involves fundamental prescribed movements or "kata," to understand the building blocks of the different skills, Yashiro said the goal is integrating one's self into one's skills, and vice versa.

"If everyone is practicing the same kata, moving at identical angles, that's boring. We're not robots," Yashiro said. "You have to adapt and develop as an individual."

Iwamoto, whose career is slowly developing momentum through a variety of channels making use of either her language skills or her action work, has a history of improvising from an early age.

At the age of eight, her parents moved her family from Fukuoka to Queensland, to a rural community that was inhospitable to Asians. After a year of studying English, she and her older sister entered the local school and it became a daily struggle.

Frustrated and isolated, she often invented ways to learn and express herself through play acting -- she and her sister created their own school at home where Alice played the teacher and her sister took on the roles of the different students. When she finished high school and left home, Iwamoto put things into high gear.

"I just wanted to do everything I couldn't do the past 10 years," she said. "I started working two or three jobs, and while going to university. I started dancing. I don't think the instructors believed me when I said I wanted to be a professional dancer, because usually you start at a young age to get into the professional world."

"I was 18-years-old already, but I was very determined to prove them wrong." 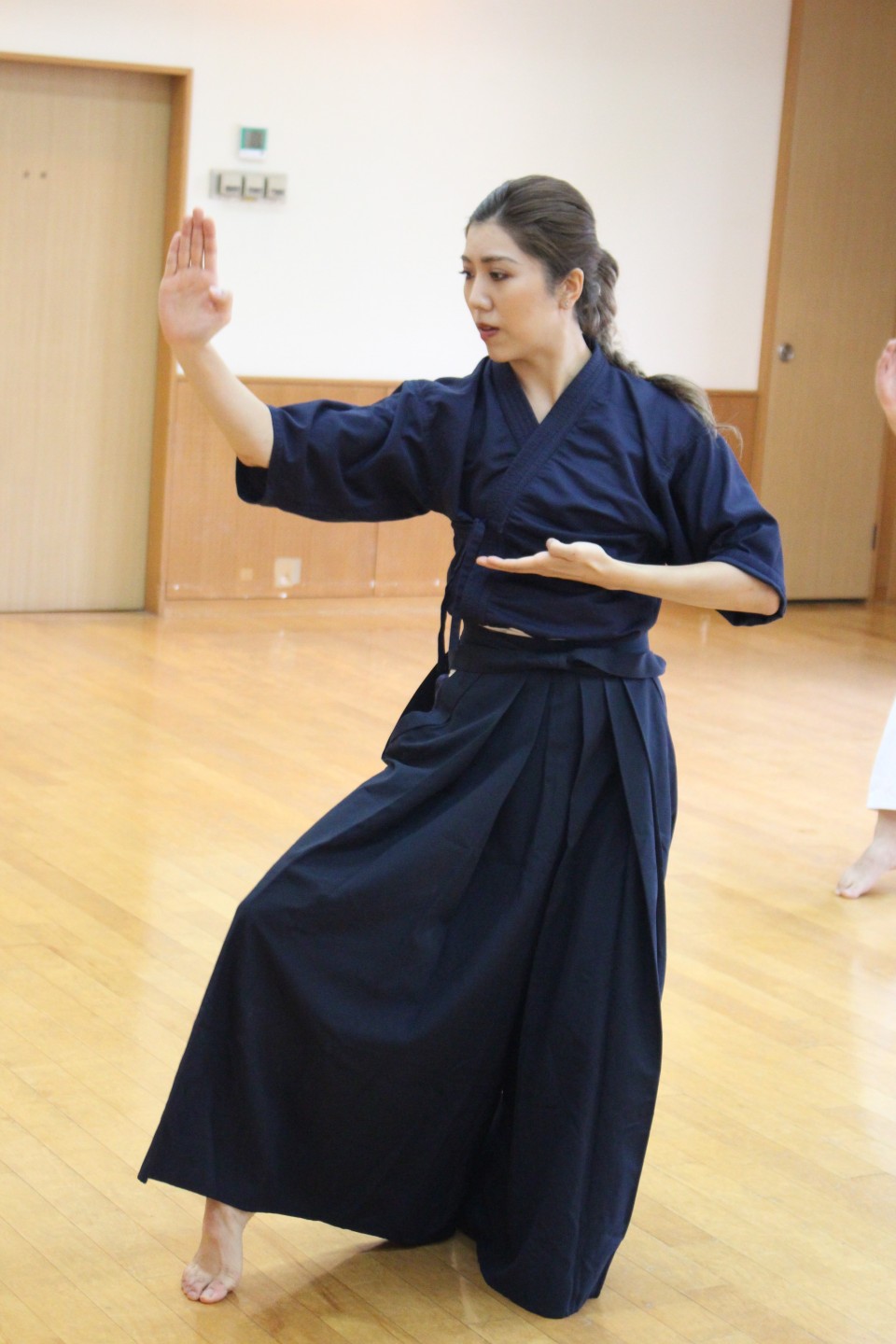 Iwamoto's desire to make up for lost time, however, led to overtraining and injury that ended her dance career. When she graduated from university, she had no serious job prospects and without feeling any attachment to Australia, she returned to Japan at the first opportunity.

Two weeks after she considered the idea, she was in Tokyo but without the Japanese education and language skills she needed.

"I had to find a job quickly and the only things I could do were translation or teaching English, so I did those two," she said. "But I felt something was missing and that was my creative outlet, expressing something with my body, whether that be dance, acting, acrobatics, I don't know. I think it occurred to me that I really wanted to try acting, acrobatics and stunts."

And within two months, she had a path to follow. And as she added skills to her portfolio and started finding work, she began to find other ways to set her apart from her peers.

Although fighting and sword play are a staple of action acting in Japan, many actors get by just mimicking the movements, but Iwamoto wanted to achieve a higher level of realism.

So with years of experience improvising with her creative side, she discovered a discipline of improvisation in battle.

Like Iwamoto, both the woman who leads their kobudo group Musubi, Yui, and Yoshihara, their teacher or "shihan," came to the martial art through dissatisfaction with the superficiality of fighting in Japanese acting.

Both Yoshihara and Yui had practiced kendo but found in kobudo an authenticity they could use to bring sincerity to their acting. Yui finds similarities between the arts, both martial and performing, and Musubi is coming full circle. In November, Iwamoto and her colleagues delivered a forceful opening performance at the Japan Women's Collection fashion event.

"In kobudo, if you are only mimicking a move, memorizing it and moving on to the next, it comes across as fake," Yui said. "But the kata within kobudo are deep. And if you really work to understand what goes into one, then you can distinguish between what is real and what is not."

"That is the same in acting. One can tell when acting rings true. Even if the same lines are spoken in conjunction with the same movements, people can tell if it is imitative or not."

Yashiro said kobudo has a side to it that sets it apart from other martial arts disciplines.

"Coming from an acting background, I recognize kobudo has a space for self-expression. Martial arts depend on perfecting kata, and so often tend to fixate on them," he said. "Allowing for freedom, however, creates the possibility of discovery. Actors, singers and dancers have freedom of expression and in kobudo that is also true. If we demand rigid observance of form, it can't grow."

Iwamoto describes kobudo's benefits as "perseverance, diligence and cognitive flexibility." And in her daily battle, those are real assets.

"I had to keep going, emotionally," she said. "I...wouldn't give up the creative outlet I wanted to do. I want to find that happy medium, where I'm physically well, I can pay the bills and do the training, getting that balance." 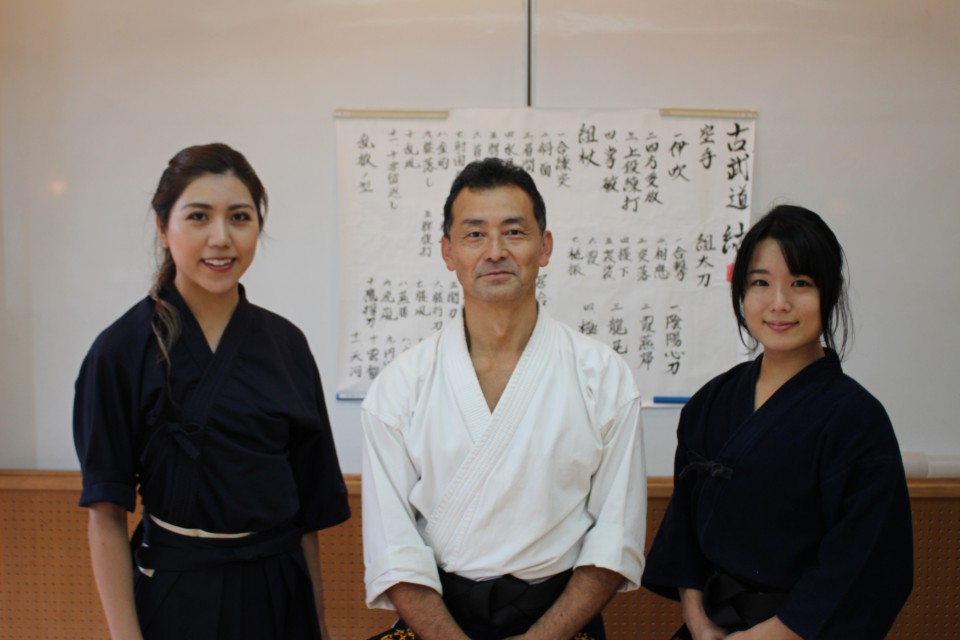