A couple in southwestern Japan were arrested Wednesday for allegedly harming their 1-year-old son last November by firing an air gun at him dozens of times, police said.

Yuiga, the third son of Masanori Jokei and his wife Ai, both 24, died the following month of pneumonia, according to the police, who are investigating the details of the boy's death and whether he was subjected to daily abuse.

The couple, who have denied the allegation, are suspected of firing a BB gun at Yuiga at their home in Tagawa, Fukuoka Prefecture, inflicting injuries that did not fully heal before the boy's death.

What appeared to be impact marks from the pellets were found all over the boy's body, the police said. 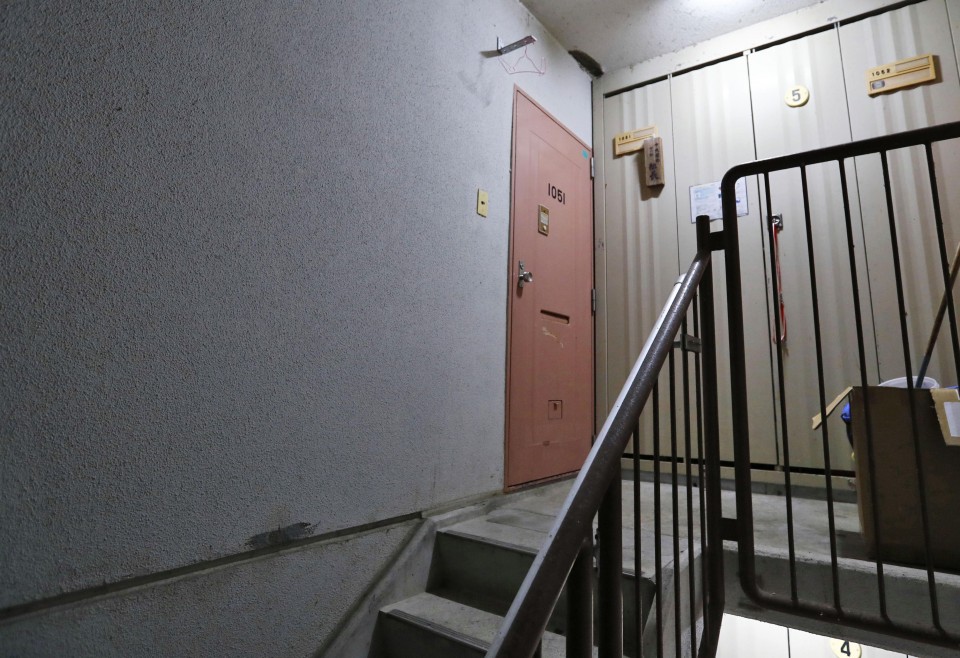 (Apartment in Tagawa, Fukuoka Prefecture, where a couple allegedly harmed their one-year-old son by firing an air gun at him.)

The case came to light after the mother called emergency services in the early hours of Dec. 1 saying her son was not breathing. The boy died that day.

According to the police, Jokei initially claimed that his eldest son had fired the air gun at Yuiga. But authorities have expressed doubt, citing the difficulty for a child to handle the large rifle-style air gun.

In January of 2018, a local child consultation center received a report of child abuse regarding the couple's eldest son, who has not attended an elementary school.

Officials of the center visited the couple's home and confirmed bruises on the boy's body. However, they decided not to take him into protective custody as the couple explained the injuries by saying he had bumped into a wall.

At the time of the air-gun incident, the couple lived with their eldest son, Yuiga and a daughter. Their second-born son died of sudden infant death syndrome in 2016, with police finding no crime in the death.