Some of Seven-Eleven Japan Co. employees operated computers at its convenience stores to place purchase orders without the permission of franchise owners in order to meet sales quotas set for each store, according to several employees and owners.

The matter came to light after some franchise owners discovered that unintended purchase orders were placed on their computers. Store owners have been discarding unsold merchandise at their own expense.

One Seven-Eleven employee told Kyodo News that the company's employees working with franchise owners were encouraged by their superiors to secretly place orders to meet sales quotas.

Purchase orders are usually placed on computers by store managers or other experienced staff after being authorized by store owners, but it is often difficult for the owners to check whether the quantity of each item ordered is adequate as more than 1,000 items are typically ordered every day.

Seven-Eleven employees are usually free to enter offices at stores and can easily operate computers without anyone watching, the employee said. 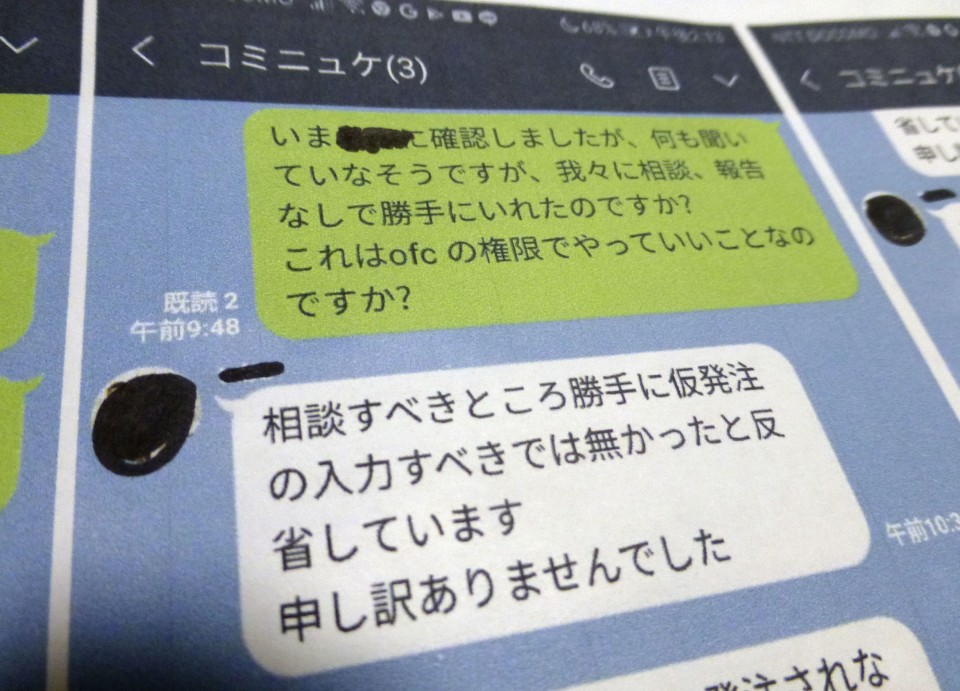 Seven-Eleven's store management has been mired in controversy since a franchise owner in western Japan cut business hours due to a shortage of staff without gaining approval from the franchise operator. Other store owners have also started questioning their heavy workloads.

"Meeting a target that surpasses a previous year's sales is a must. Our superiors would pursue us if we hesitated and they would urge us, in a roundabout way, to place orders without telling (store owners)," the employee said, insisting the company connived with the practice.

A different employee said some of the Seven-Eleven employees who padded orders felt guilty and began paying for some of the merchandise out of their own pockets, adding some who could not bear the pressure had left the company.

One franchise owner has filed a complaint with the Japan Fair Trade Commission after Seven-Eleven decided not to reprimand an employee who padded orders without permission, despite an internal company rule prohibiting pay raises or promotions for employees who engage in such conduct.

Several franchise owners said they were urged by Seven-Eleven employees to place excessive orders and had to incur the cost of unsold items.

No. of Seven-Eleven stores in Japan falls for 1st time in 5 yrs