The SoftBank Corp. subsidiary operating Yahoo Japan online services and messaging app provider Line Corp. said Monday they will merge operations by October next year to create the largest online company in Japan in a bid to compete with U.S. and Chinese tech giants.

"We will become the strongest 'one team'" in the internet industry, Kentaro Kawabe, president of Z Holdings Corp., a group company of SoftBank Group Corp., said at a press conference.

Line President Takeshi Idezawa said the new entity will "lead the world from Japan as an artificial intelligence tech company."

By making full use of Yahoo Japan's 67 million and Line's 185 million users, the two plan to spend 100 billion yen ($920 million) every year in AI and other technologies to offer integrated services from online retailing, social media and settlement services.

The merger plan comes as the two Japanese tech firms are stepping up efforts to catch up with global rivals such as Amazon.com Inc. and Alibaba Group Holding Ltd. amid fiercely intensifying competition.

"We have been concerned about global tech giants," Idezawa said, as he feels that Japanese tech firms have lagged far behind their global rivals in terms of sales, profits and market capitalization. 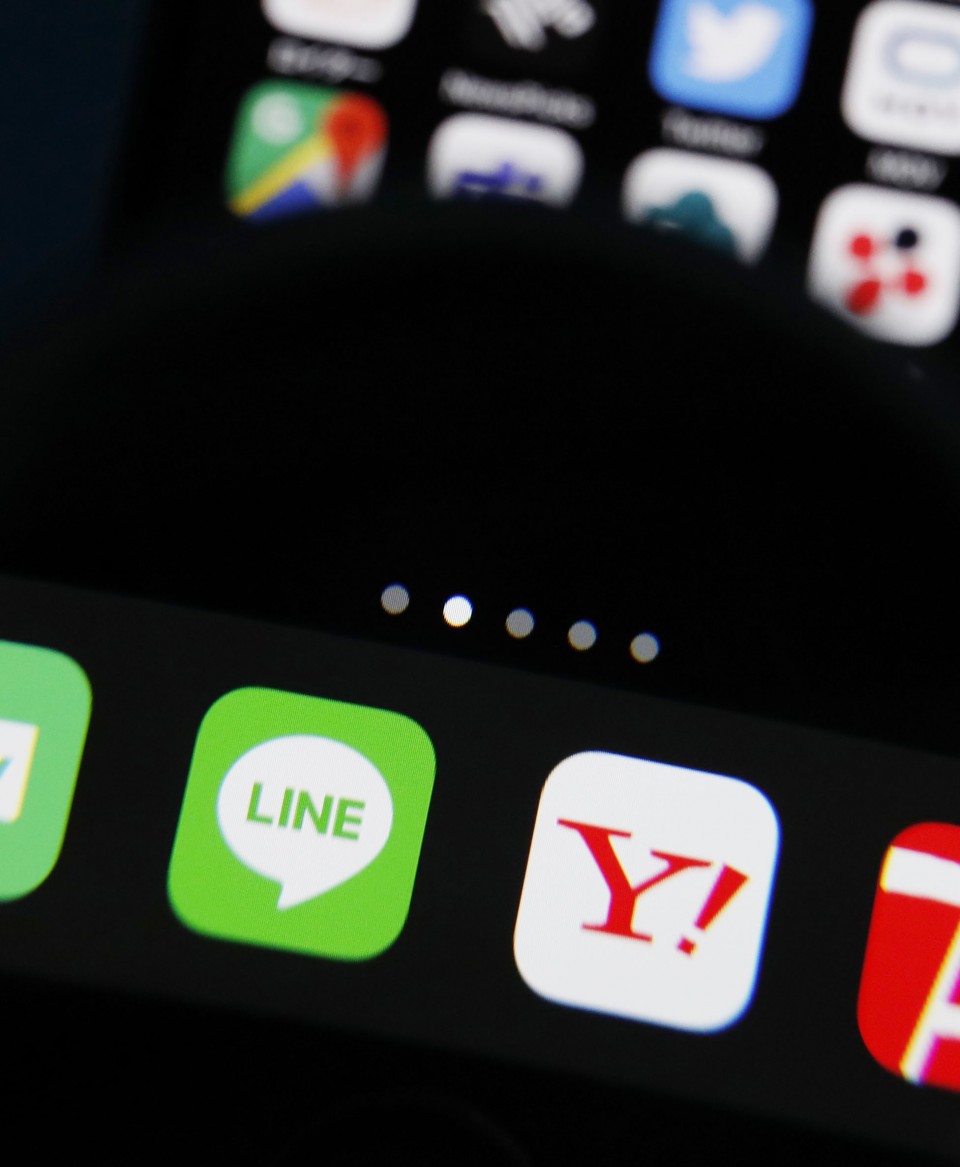 Under the deal, SoftBank Corp., the mobile unit of SoftBank Group, and Line parent Naver Corp. of South Korea will each hold a 50 percent stake in a new company which will hold a 65 percent stake in Z Holdings. Naver owns 73 percent of Line.

Yahoo Japan and Line will operate under Z Holdings after SoftBank Corp. and Naver complete their tender offer to buy the remaining Line shares at 5,200 yen each -- a 13.4 percent premium to the share price on Wednesday before media reports of their merger.

The two companies will each spend 170 billion yen for the tender offer. Line will be delisted from the Tokyo Stock Exchange.

Line has about 185 million active users of its messaging app in Japan, Taiwan and Southeast Asia, while more than 67 million people visit the Yahoo Japan website each month.

"The Yahoo Japan and Line alliance should concentrate on the Southeast Asian market" by taking advantage of Line's strong position in the messaging app market in Thailand and Taiwan, said Satoshi Shima, former senior SoftBank official and visiting professor at Tama University.

The presidents of Z Holdings and Line said they will seek synergy effects by taking advantage of the strengths of each partner while seeking to streamline their overlapping operations. Yahoo Japan has expertise in online shopping operations and Line has a broad customer base for its messaging app services, while both are leading providers of smartphone payment services in Japan.

The merger plan will need to pass the scrutiny of antitrust authorities. The Japan Fair Trade Commission will examine the scale of not only revenue and market share but also of consumer data possession that the merged entity could have, under new guidance to cope with the screening of information technology companies.

The Japanese government, as in some other countries, plans to tighten controls on digital giants to address concerns that their dominant positions with massive customer data gained through their platforms could hinder fair competition.

The merger plan comes after the SoftBank Group led by chief executive Masayoshi Son also stirred concerns about its investment business after reporting a group operating loss of 704.37 billion yen for the July-September period, hit by the reduced value of its investment in the struggling U.S. operator of shared workspace provider WeWork.

"Mr. Son gave us 100 percent approval on our merger plan when I presented it in September," Kawabe said.