Japanese rugby star Yu Tamura, whose kicking during the Rugby World Cup 2019 helped Japan's Brave Blossoms reach the best eight of the tournament for the first time, was among the recipients of The Mavericks of 2019 awards at a ceremony hosted by Esquire magazine on Thursday.

Tamura was one of nine "mavericks" recognized by the Japanese edition of the popular men's health magazine at an awards ceremony held on Thursday night at venue Cross Dock Hall in Tokyo’s Chuo ward.

The flyhalf appeared in person in front of a select audience to receive The Mavericks of 2019 "Special Award," alongside the year's other mavericks that included racing driver Takuma Sato, the actress-model Kyoko Hasegawa, and photographer-movie director Mika Ninagawa.

Tamura, like all the award winners, arrived at the venue in an chauffeur-driven BMW (an event sponsor) before making his way to the stage via a black-carpet walk.  Despite the grand entrance though, the rugby star was in humble form.

"It's because I was a member of that team that I was able to perform well and, I think, gain this attention, so I'd like to share this award with all my teammates," he said on stage, addressing the audience during the ceremony. 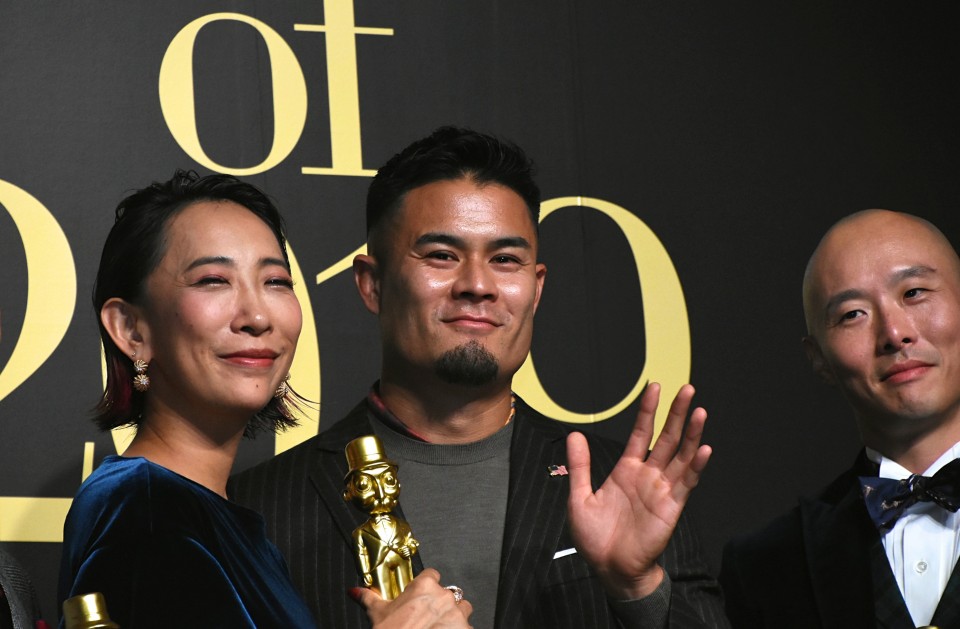 2019 marks only the second year of the awards in Japan through which Esquire places the spotlight on society's "mavericks" -- "itanji" in Japanese -- as those people who have accomplished goals without having had to sacrifice their beliefs, according to the magazine.

"I've never really been conscious of being a maverick, but it's nice to be recognized like this," Tamura told reporters after the ceremony.

"As the Japanese national team performed so well (during the Rugby World Cup) so the attention on us increased.  As a part of that I was able to contribute my own effort and we were able to go on and have a good tournament. This feels really good."

Tamura was one of three sports persons to be recognized as a maverick by Esquire along with racing driver Takuma Sato (Sports category) and paralympian Atsushi Yamamoto (Para-Sports category).

Former F1 driver Sato, who in 2017 went on to become the first Japanese winner of the storied Indy 500, collected the sports category award after a 2019 NTT IndyCar Series season in the U.S. in which he was able to overcome early crashes to end the season with two race victories.

"I've been competing overseas for 20 years and, of course, there have been many great moments but also some tough ones.  Particularly this year, but it was with the feeling of wanting to keep trying and never wanting to give up that I've been able to get where I am today.  I feel really grateful," said Sato after receiving his award.

"Thinking about the future, in the same way, I want kids to have many dreams and for them to know that anything can be possible." 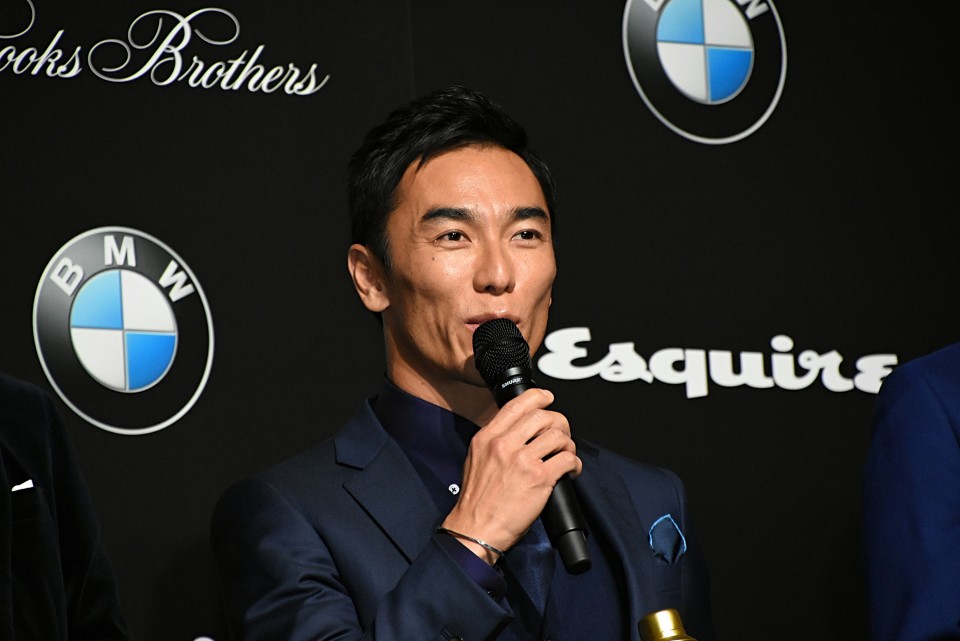 The latest edition of Esquire’s mavericks awards in Japan included female recipients for the first time with actress-model Kyoko Hasegawa collecting an award for the Acting category and photographer-movie director Mika Ninagawa for the Creator category.

"I've never thought of myself as a maverick at all, but to receive this award feels really great," Hasegawa told reporters after the ceremony.

"Moving forward though, it's not about what I can do for myself, rather it's if can fulfill my role for the benefit of others, to help other people to be happy." 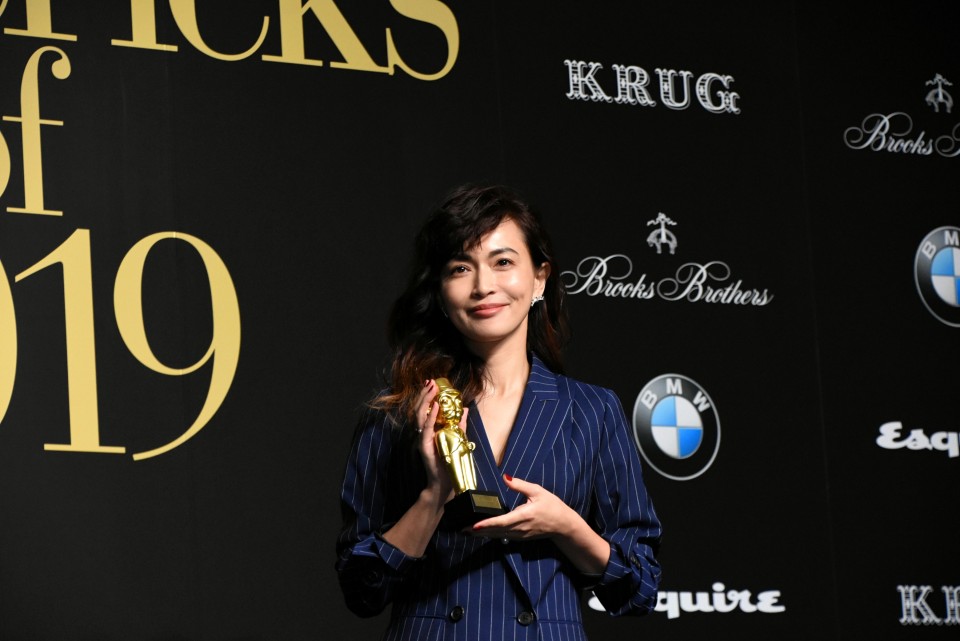 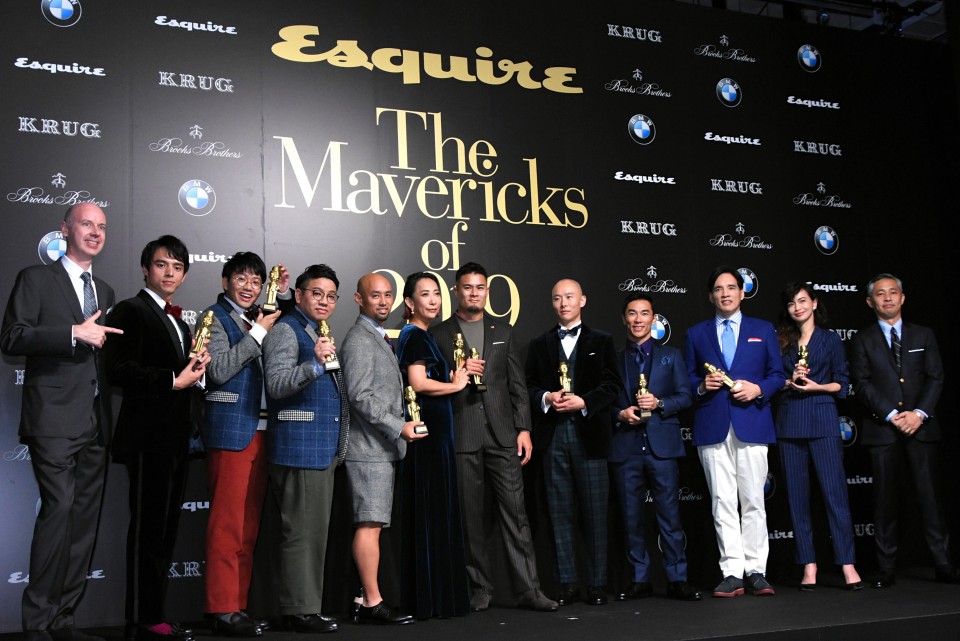 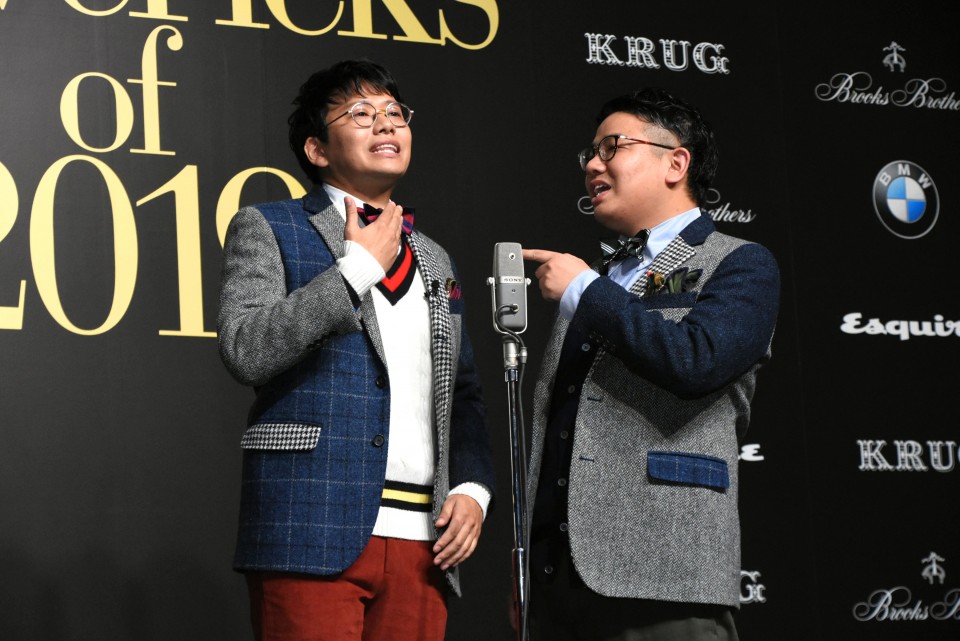 Esquire is published monthly in Japan as a supplement of the magazine "Men’s Club" by publisher Hearst Fujingaho.