A pro-Beijing Hong Kong legislator who has reportedly become a "hate figure" among anti-government protesters was stabbed and injured in an attack on Wednesday morning, local media reported.

Junius Ho, a member of the Legislative Council, was attacked with a knife by a man in Tuen Mun in the New Territories area of the semi-autonomous Chinese territory during an election campaign event, according to a South China Morning Post report. 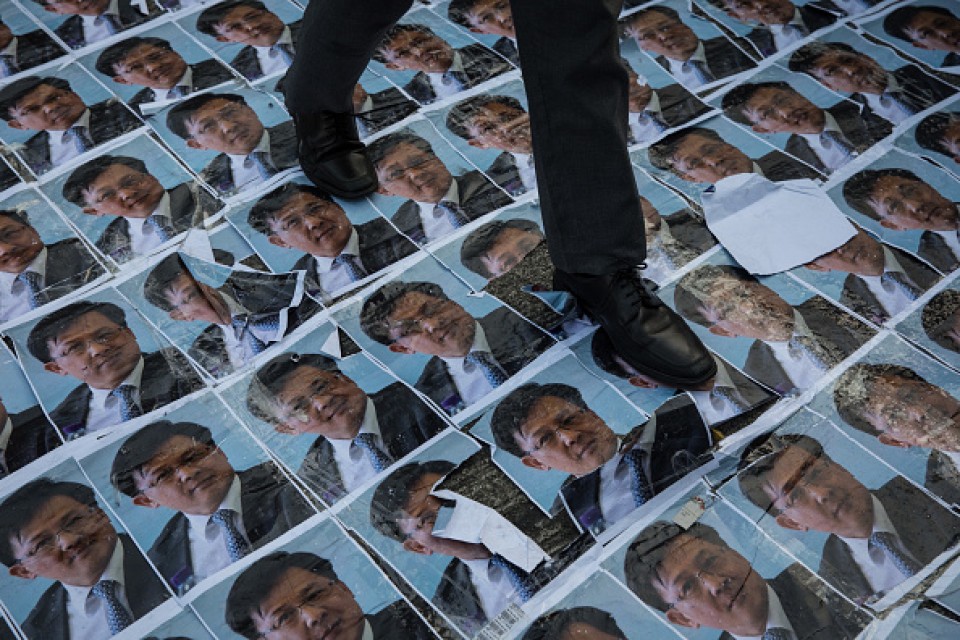 (A student walks over posters of pro-China lawmaker Junius Ho during a protest forming a human chain outside the Queen Elizabeth Stadium where Carrie Lam held her first community dialogue on September 26, 2019 in Hong Kong, China.)[Getty/Kyodo]

Anti-government protests in the former British colony, originally sparked in June over a now-withdrawn unpopular bill that sought to allow extraditions to mainland China, have turned increasingly violent in recent months.

On Sunday, a pro-democracy district councilor had his ear partially bitten off by a Mandarin-speaking attacker at a mall in Tai Koo on Hong Kong Island, according to local media. The councilor, Andrew Chiu, was reportedly trying to subdue the man after he attacked several people with a knife.