A group of around seven otters floating down a stream is what teachers and students at a school in Bangkok watch almost every day.

This slippery brown mammal would stop by a balcony leading to the river to greet humans sometimes in the early morning. 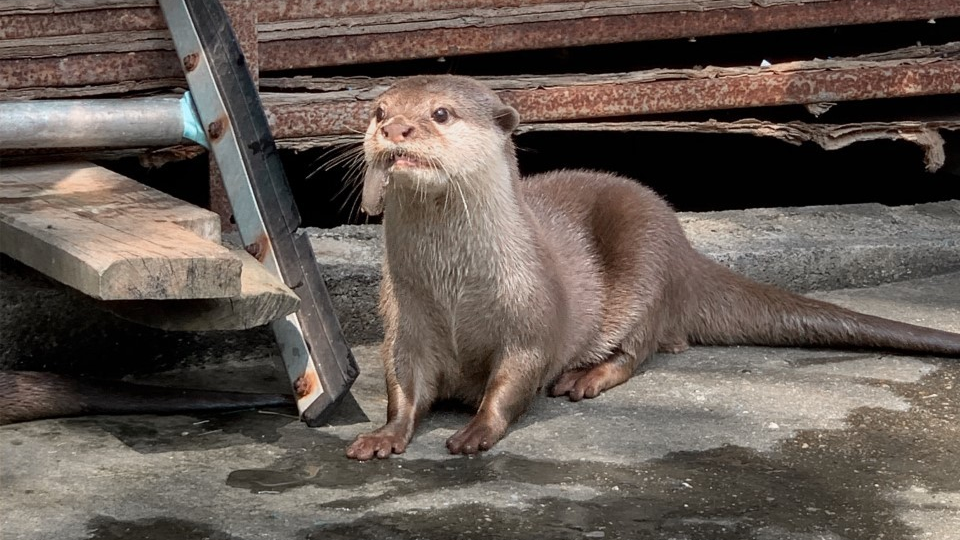 Such activities have been recorded and frequently posted on social media, fueling a trend of owning otters as pets over the past couple years.

However, the pungent smell, high-pitched screams, and savage bites from the endangered little beast are among the overlooked aspects of otter ownership.

Despite the mammal being listed at the highest levels of trade protection from the Convention on International Trade in Endangered Species, illegal trade in Thailand of baby otters is still ongoing.

Prakit Vongsrivattanakul, deputy director general of the Department of National Parks, Wildlife and Plant Conservation, said that most of the otter trade is nowadays conducted in cyberspace.

"It is harder for the sellers to sell otters in this way as there is no physical market," Prakit said, adding that the number of sellers has dropped compared to 2017, when the department arrested six sellers. 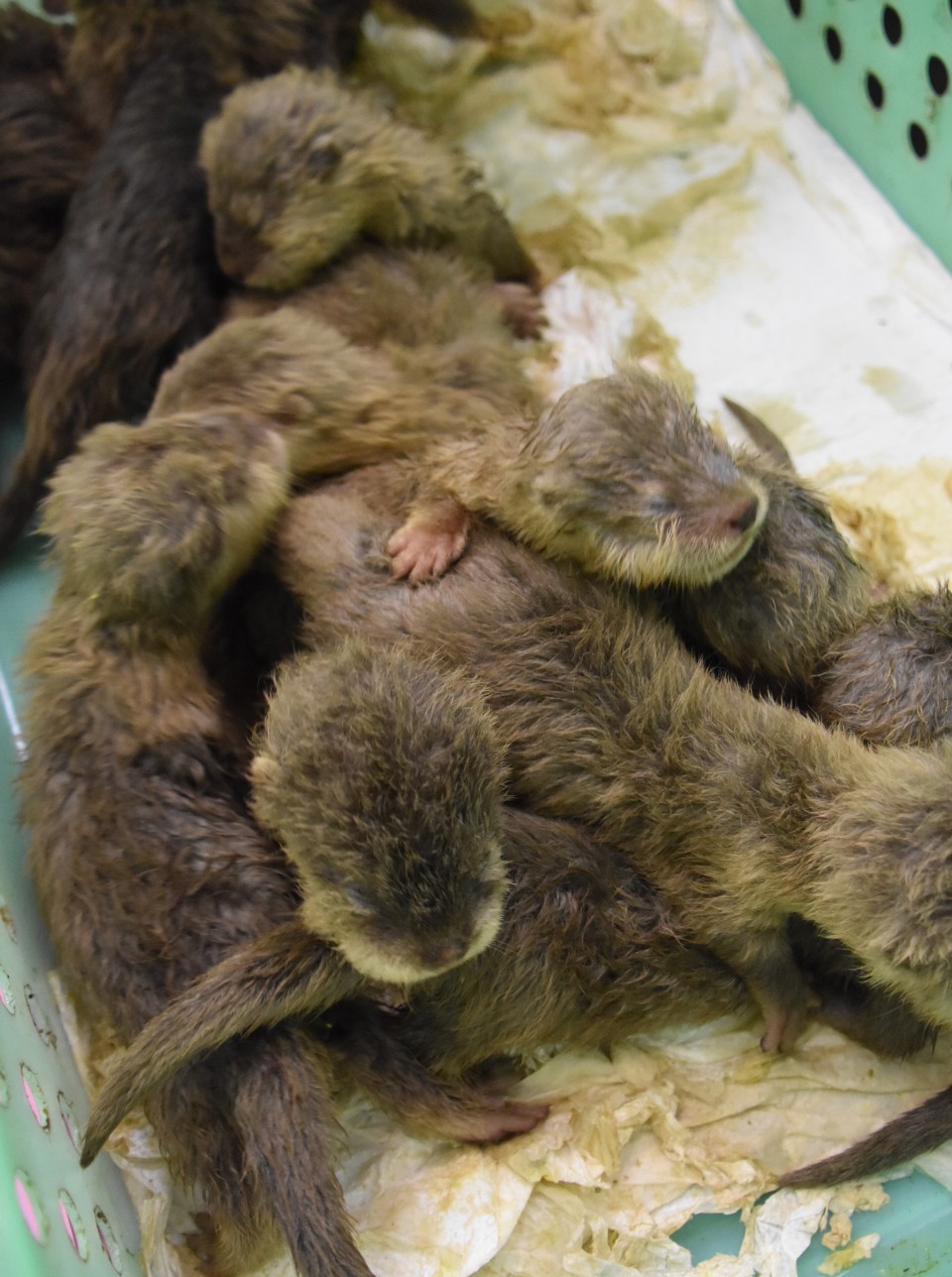 However, sales of otter pups can still be seen frequently in private groups of enthusiasts. Not only otters, but exotic monkeys are in demand as well in those groups dispersed around the country.

Before delivery, pups are placed in boxes with some holes and paper to keep them warm. Phone numbers and destination provinces are written on the boxes before delivery to those who ordered via inter-province transit buses. Although the exact origin of the otters is still unknown, most of them make their way from the southern part of Thailand.

Locals there said that they have spotted small-clawed and smooth-coat otters around their houses. They sneak to nearby fish ponds especially during the night to satisfy their appetite.

Little otters are easily trapped. A big tank is usually buried in the ground and covered with leaves, with pieces of fish strategically placed to lure the otter. When one falls into the trap, another otter from the same herd will try to rescue him. 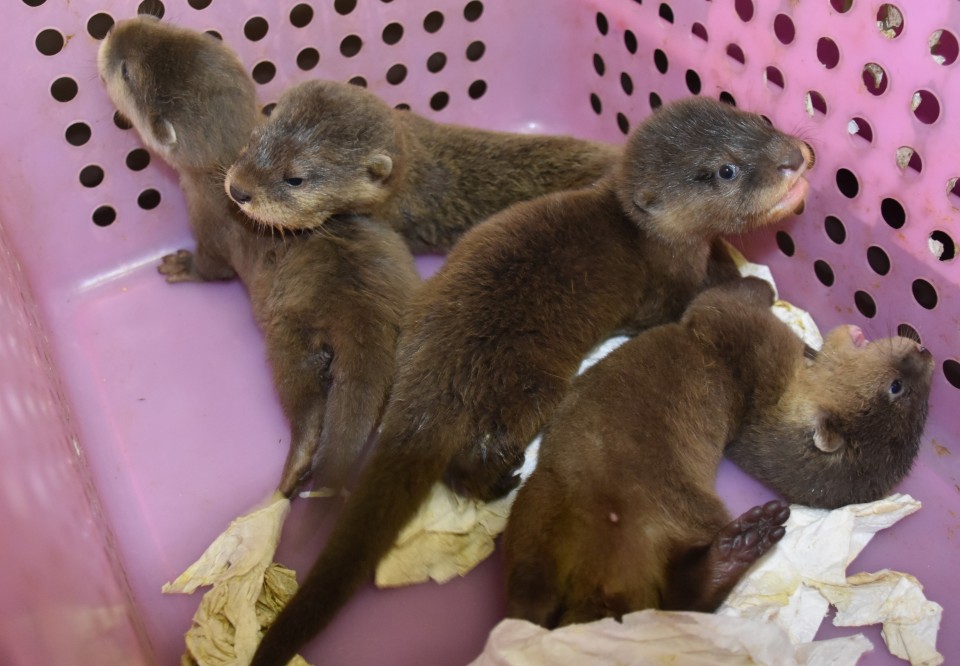 Otter pups also often get trapped in fishing nets placed in rivers while chasing after their food. Some villagers only keep them out of fear that the pups are unable to take care of themselves without their parents, while some otters end up staying in dog cages far from their hometown.

"We don't sell otters as they are from the same town. They should stay where they were born. But some people don't think the same as they can make money out of them," said a southern local who asked to be anonymous.

In addition, some otters traded in Thailand are smuggled in from Malaysia. One online seller claimed that the otters he sold are only bred in Malaysia, costing only 1,000 baht each.

Despite the maximum 10-year imprisonment or fine of up to 1 million baht in Thailand, selling otters is tempting especially during the current economic slowdown.

"As the selling is done illegally, there will always be some cases that the authorities fail to catch. Eliminating this dark market cannot be done with ease," said a seller who posted a for-sale ad in a private "otter owner group."

Panit Charoenkul, a veterinarian in Bangkok who specializes in exotic pets, said he has seen approximately 2,000 cases involving otters over the past couple years as many owners do not have proper knowledge about otters.

A year ago, he rehabilitated all otters under his care to another province where a mangrove forest grows, being more suitable habitat for them.

"I don't want people to raise otters as they are aggressive. They are a wild animal, so they should stay wild," Panit said as he showed fresh scars from otters' bites and scratches. 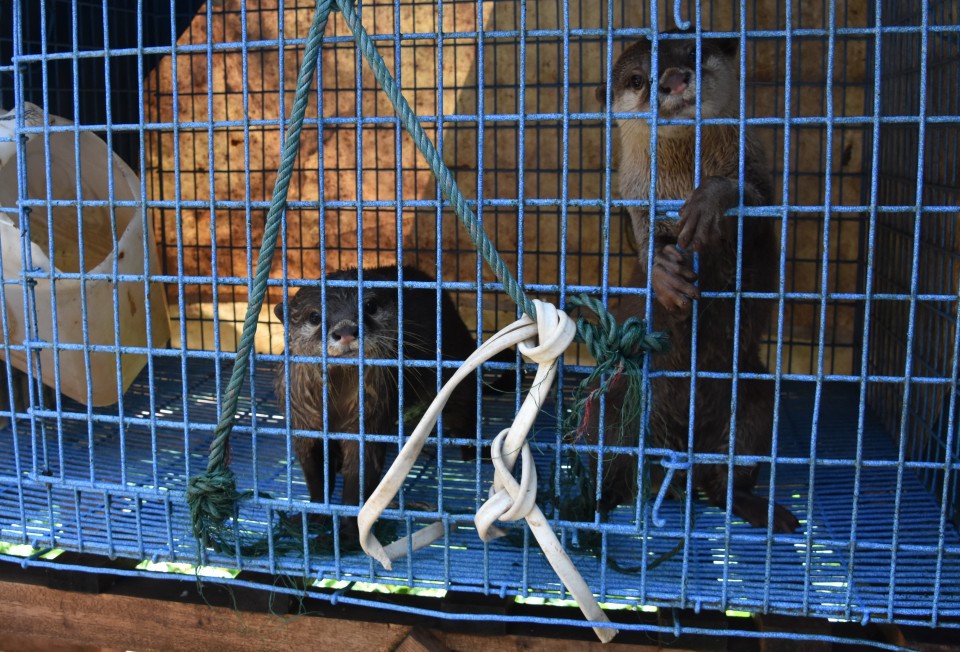