Japan's Foreign Ministry on Friday justified its withdrawal of support for an art exhibition in Vienna that featured works critical of Prime Minister Shinzo Abe as well as the Fukushima nuclear crisis, saying the decision was "appropriate" and not an attack on free speech.

The "Japan Unlimited" exhibition has been held since late September as part of a series of events to commemorate 150 years of diplomatic ties between Japan and Austria. 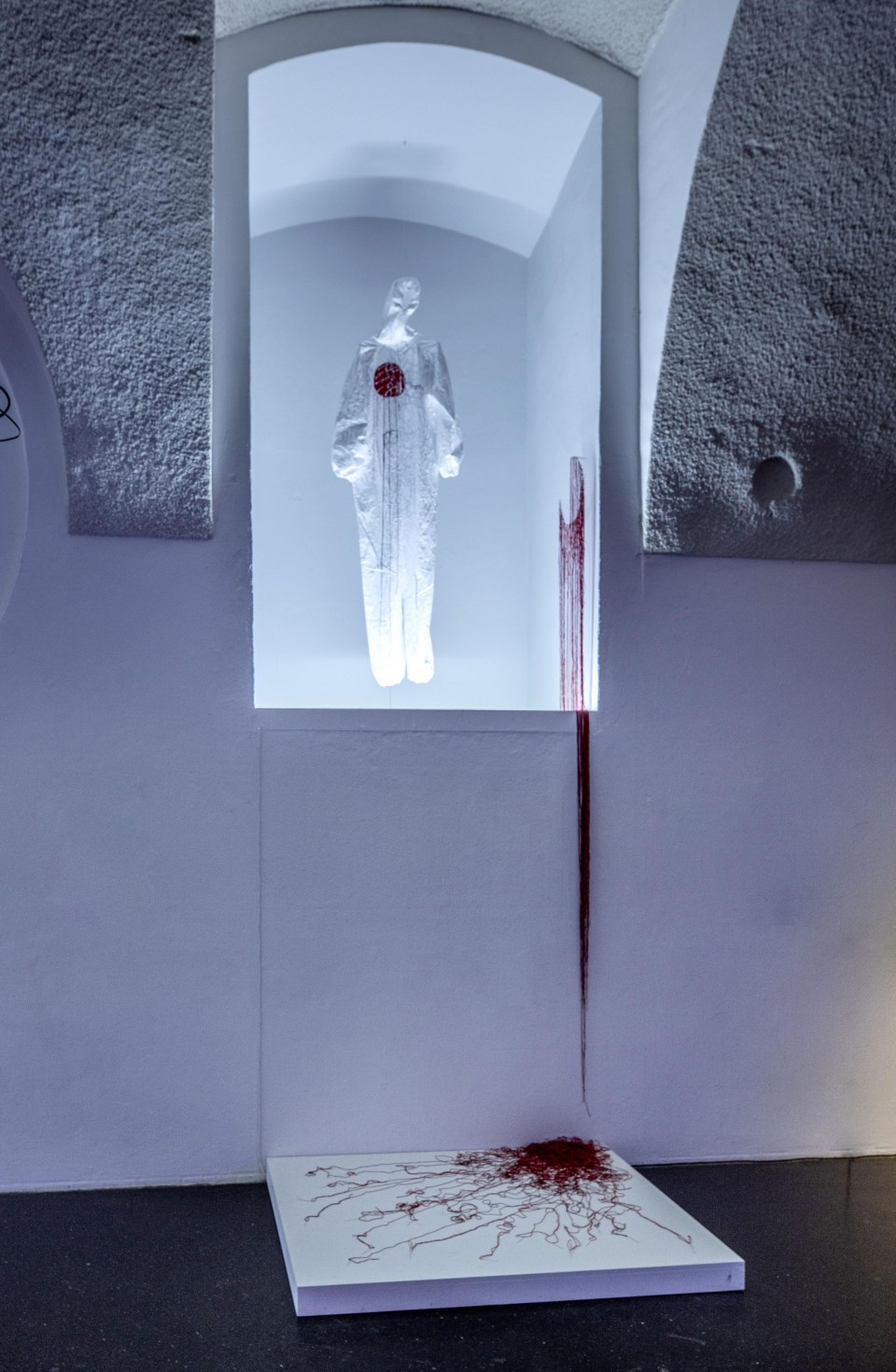 (Supplied photo of an item of artwork at an exhibition in Vienna shows blood depicted in the shape of Japan's rising sun symbol streaming down from radiation protection gear.)

"After reviewing the content, it became clear that they were not conducive to fostering mutual understanding and friendship (between the countries)," Foreign Minister Toshimitsu Motegi told a press conference.

"As such, (the exhibition) did not fit the criteria for a commemorative event. It is not a judgement concerning freedom of speech," he added.

The decision to withdraw support came after the ministry received a number of phone calls and emails expressing concern that the works were "anti-Japanese," with some lawmakers from the ruling Liberal Democratic Party also voicing opposition.

A ministry official who asked to remain anonymous said the "high level of public interest" in the matter prompted the move.

The works on display include a video showing an Abe lookalike apologizing to China and South Korea for Japan's actions during World War II, and blood in the shape of the rising sun symbol streaming down from radiation protection gear.

Satirizing Japan's postwar relations with the United States, one piece shows a picture of people posing as Emperor Hirohito and Douglas MacArthur, the supreme commander of the Allied Powers that occupied Japan after the war, framed in a Valentine heart.

The exhibition is continuing without the Foreign Ministry's support and is scheduled to run through Nov. 24.

The controversy came on the heels of a backlash over the withdrawal of government subsidies for an exhibition in Aichi Prefecture that featured a statue symbolizing "comfort women" forced to work in Japan's wartime military brothels.