20-yr-old woman stabbed to death in Niigata, suspect on the run

A 20-year-old woman was stabbed to death Friday in a bustling district of Niigata city, northwest of Tokyo, and a male suspect is on the run, police said.

The woman, identified as Yuzuki Ishizawa, was stabbed in a building near JR Niigata station at around 9 p.m. She was pronounced dead after being taken to a hospital. According to witnesses and people working in the same building, she worked at a drinking establishment there.

A 60-year-old man who was in a bar on the fourth floor said he was surprised to hear a police siren and went to investigate. As he descended the stairs, he saw a woman on the second-floor landing with rescue workers giving her artificial respiration.

The woman appeared unconscious and her abdomen was covered in blood, he said. 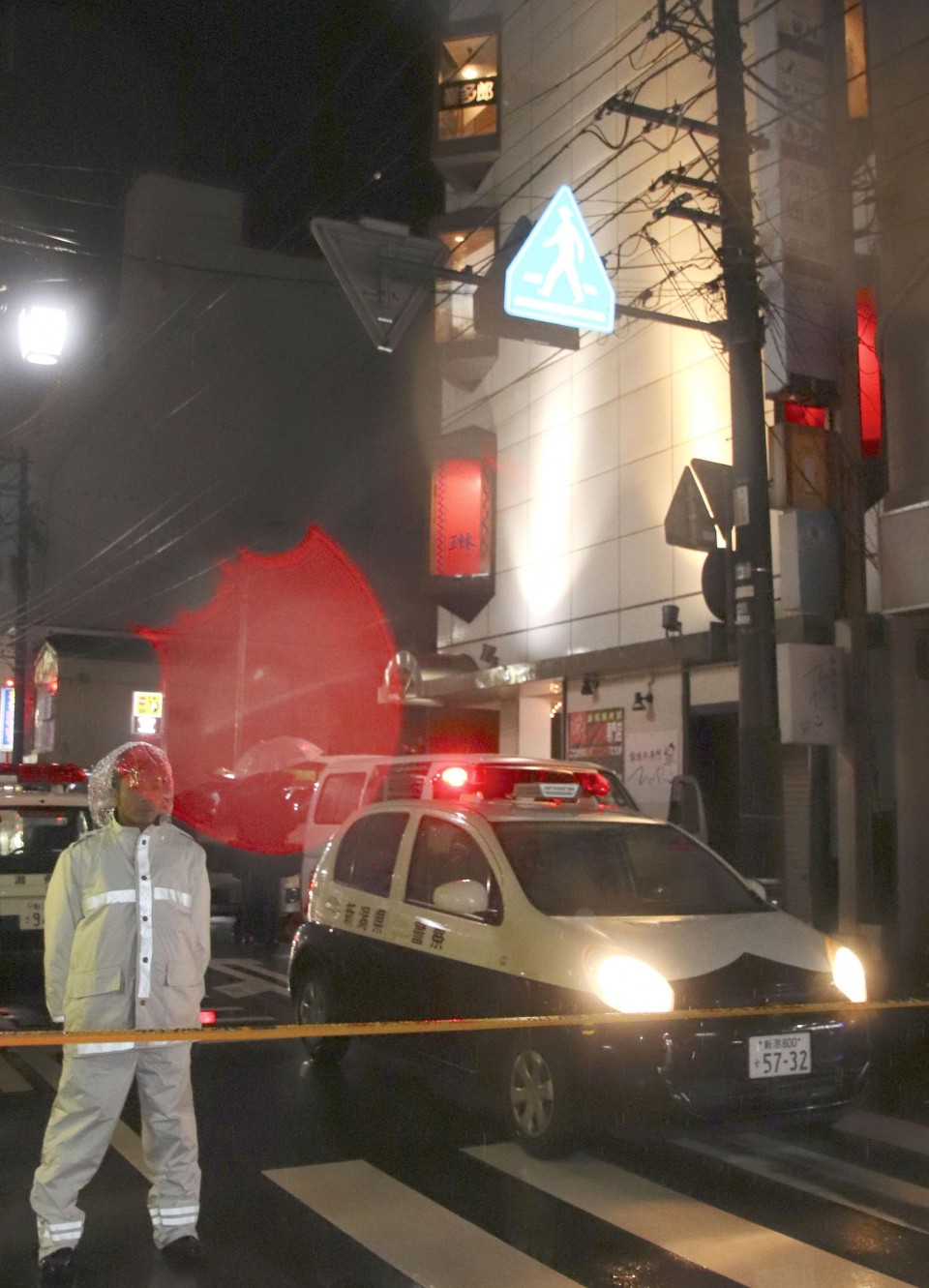 Principal arrested for allegedly paying for sex with teenage boy