The suspect in a deadly arson attack on a Kyoto Animation Co. studio suffered life-threatening burns on 90 percent of his body and has undergone surgeries without using donor skin, in the first case of such procedures for critical burns, medical sources said Tuesday.

Shinji Aoba was in critical condition with severe burns that destroyed the innermost layer of the skin, the subcutaneous tissue, after he set the studio on fire in July which killed 36 people and injured 33 others, the sources said.

Donor skin is typically used in initial treatment for widespread burns, as only a limited part of the patient's own skin is available for transplanting.

But the 41-year-old suspect has undergone surgeries with prosthetic and autogenous skin only, not using donor skin, even as his condition was categorized as so-called third-degree burns, the most severe state of the injury, making the treatment a first of its kind.

Third-degree burns mean destroying the entire thickness of the skin from the surface to underlying tissue. The details of the procedures are expected to be presented in an academic conference next year. 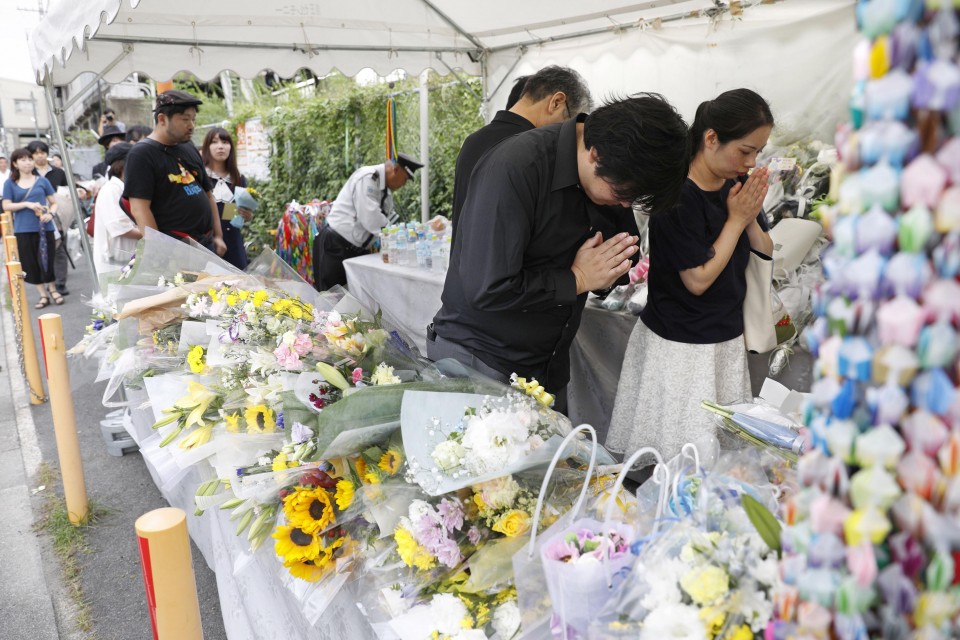 The hospital in Osaka Prefecture prioritized the use of donor skin for the victims of the attack due to potential risk of shortage of such skin amid a chronic lack of donors.

The survival rate drops dramatically when about 30 percent of the body has suffered from third-degree burns, according to Hiko Hyakusoku, a doctor and former chairman of the Japanese Society for Burn Injuries.

The probability of dying rises to almost 99 percent when the same burns cover around 90 percent of the body, making the treatment an unusual case, Hyakusoku said.

His condition has improved to the point where he can talk and eat and it was no longer life-threatening in early August.

Police have obtained an arrest warrant for Aoba on suspicion of murder and other charges and plan to arrest him after he sufficiently recovers from severe burns to be able to withstand detention.

During police questioning conducted on a voluntary basis on Nov. 8, Aoba admitted to the allegations.

He was first taken to a hospital in Kyoto before being airlifted to the Osaka hospital two days after the incident by request of the Kyoto police.