A group of Japanese breweries plan to start exporting unprocessed draft sake this month with the help of a special keg that is capable of keeping the rice wine fresh for more than a year.

The 10-liter, three-layered keg made from a combination of plastic and aluminum foil can preserve draft sake in a vacuum and cut off the sun, said Hiroshi Watanabe, who heads Clip Creative G.K., a company in charge of selling the group's products overseas, adding that this kind of container has been developed for the first time. 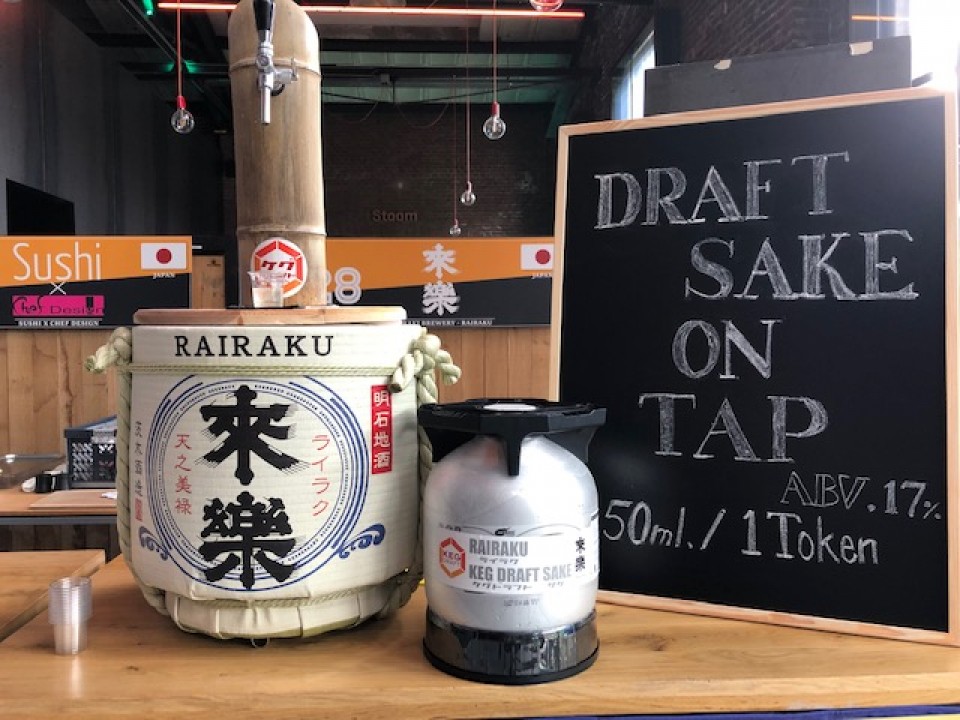 Sake production usually requires heat treatment for preservation, otherwise its quality will deteriorate within days. But this process kills enzymes and takes away some unique characteristics in the flavor. As a result, only local people have had the privilege of tasting fresh sake when it is available, Watanabe said.

Breweries from renowned sake-making areas of Akashi in Hyogo Prefecture in western Japan are among those taking part in the project.

The prices of their sake range upwards from about $480 per keg, including shipping and customs fees, and vary depending on export destinations.

Draft sake in the keg is served with the aid of pressure from an internal cylinder of air that pushes the wine out of the container and up through a tube. 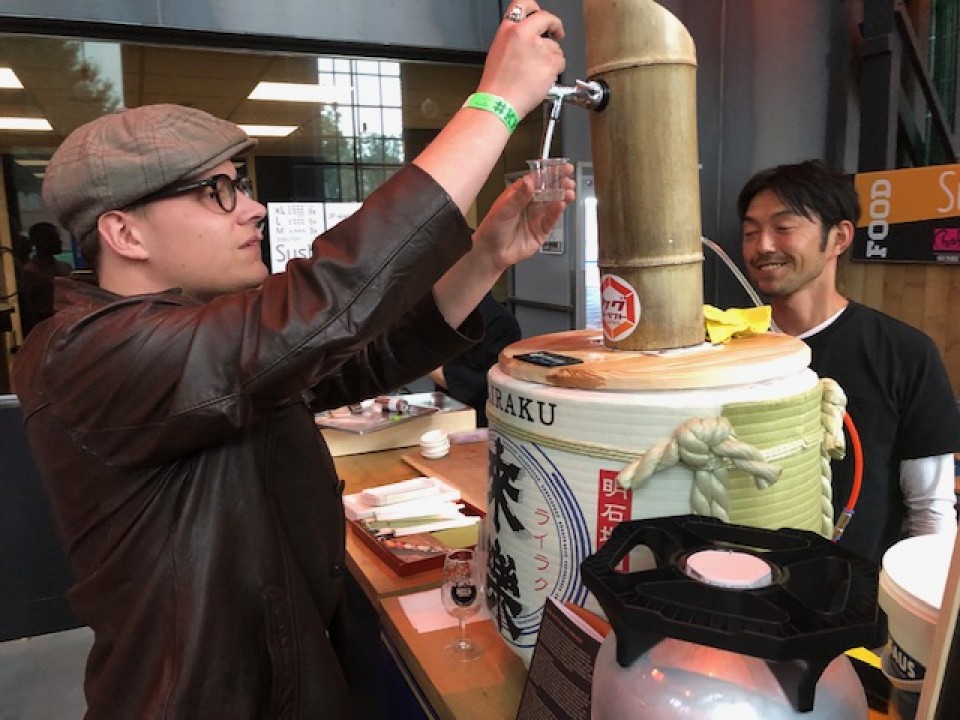 (Supplied photo taken in September 2019 shows a man pouring draft sake into a glass at a promotion event in Den Helder, the Netherlands)

Restaurants and bars can sell it by the glass, making it more accessible for customers who have never tried sake, while the product's longevity reduces the risk of having a dead stock problem.

"We hope many foreigners will experience the real richness of sake in their own countries and this keg will open the door for them," Watanabe said.

The group began promotion of the new style in 2017 in the United States, Europe and Asia in the run-up to the full-scale launch this month.