The city of Kamaishi was presented with the Award for Character on Sunday at the World Rugby Awards in Tokyo, on an evening South Africa cleaned up the major awards a day after winning the Rugby World Cup.

The Springboks edged Japan for Team of the Year, Rassie Erasmus beat the Brave Blossoms' Jamie Joseph for the Coach of the Year trophy and Pieter-Steph du Toit was named the Men's 15s Player of the Year. 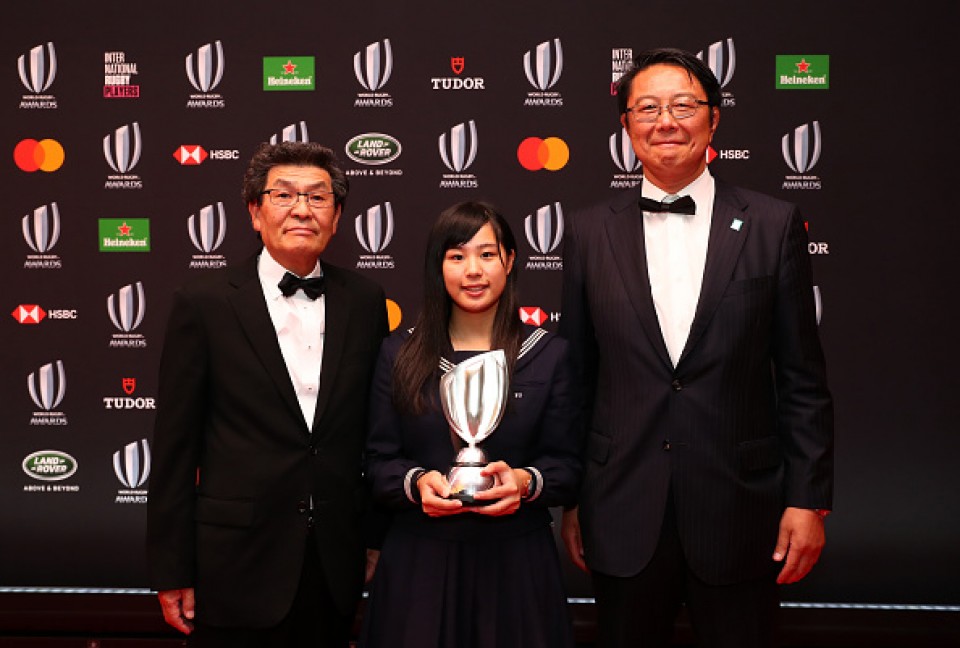 (Hideki Yamazaki, Rui Horaguchi and Yoshihiko Sakuraba pose for a photo as Rui Horaguchi holds the Award for Character award during the World Rugby Awards.)[World Rugby/Getty/Kyodo]

At a star-studded ceremony, Kamaishi, in Iwate Prefecture, was presented with the award for honoring rugby's core values of "integrity, passion, solidarity, discipline and respect," as it used the sport and the Rugby World Cup to showcase its recovery from the disastrous earthquake and tsunami of March 11, 2011, that claimed the lives of more than 1,000 people in the city.

"Because Kamaishi is a small town, it was a big challenge. But the citizens came together and we were able to start again with the support of people around the world," said Kamaishi Deputy Mayor Hideki Yamazaki.

"Since our region was stricken by disaster, one objective of our activities as a host city was to convey our gratitude to people all over the world."

Yoshihiko Sakuraba, general manager of Kamaishi Seawaves rugby club and ambassador for the 2019 Rugby World Cup, said, "For Kamaishi, rugby is a symbol of solidarity. We are proud to host Rugby World Cup and we will continue to form a tight scrum for the future."

Kamaishi was supposed to host two World Cup games. However, the second of two games slated for Kamaishi Recovery Memorial Stadium, which was built on the site of two schools swept away by the tsunami, was called off due to Typhoon Hagibis.

The Canada team, which was set to play Namibia in the cancelled game on Oct. 13, stayed on to help with clean-up operations following the typhoon.

"Personally, I was so looking forward to the Canada-Namibia game that was cancelled," said Rui Horaguchi, a student who attended the elementary school that was located on the site of the new stadium.

"And though that cancellation was regrettable, both teams pitched in to volunteer in disaster relief efforts around the prefecture. And though they were unable to put on a game for us in Kamaishi, they still managed to put smiles on her faces."

"I hope one day, the players from Canada and Namibia can return to Kamaishi to play a game there."

Masashi Konno, collected the Hall of Fame cap on behalf of his father Shigeru, who died in 2007 after more than 50 years in different administrative roles within the JRFU and Asia Rugby. 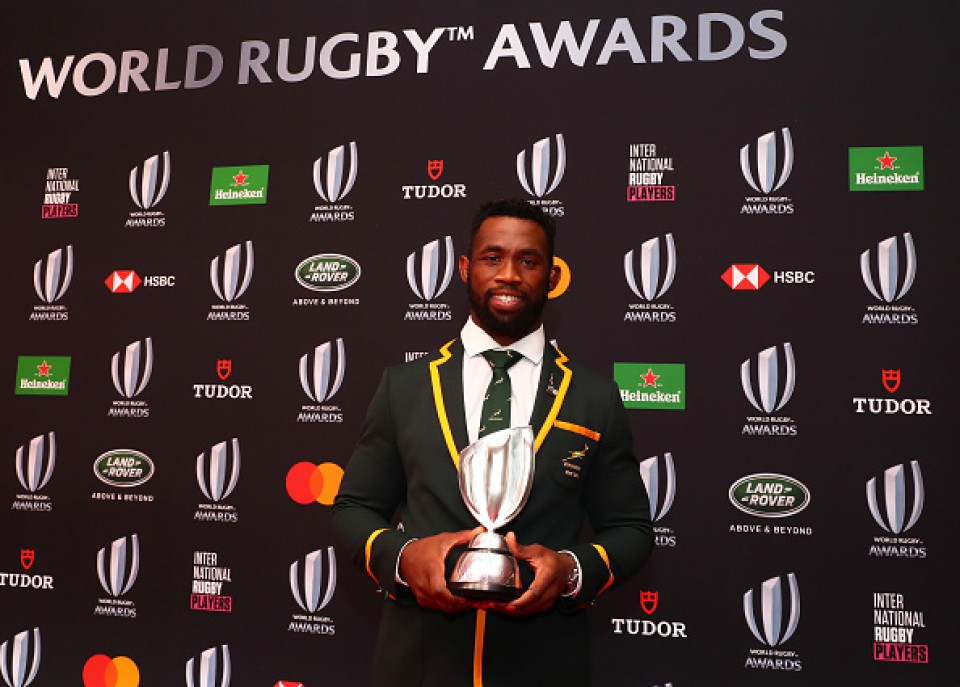 (Siya Kolisi of South Africa poses on behlaf of his side after winning the Team of the Year award.)[World Rugby/Getty/Kyodo] 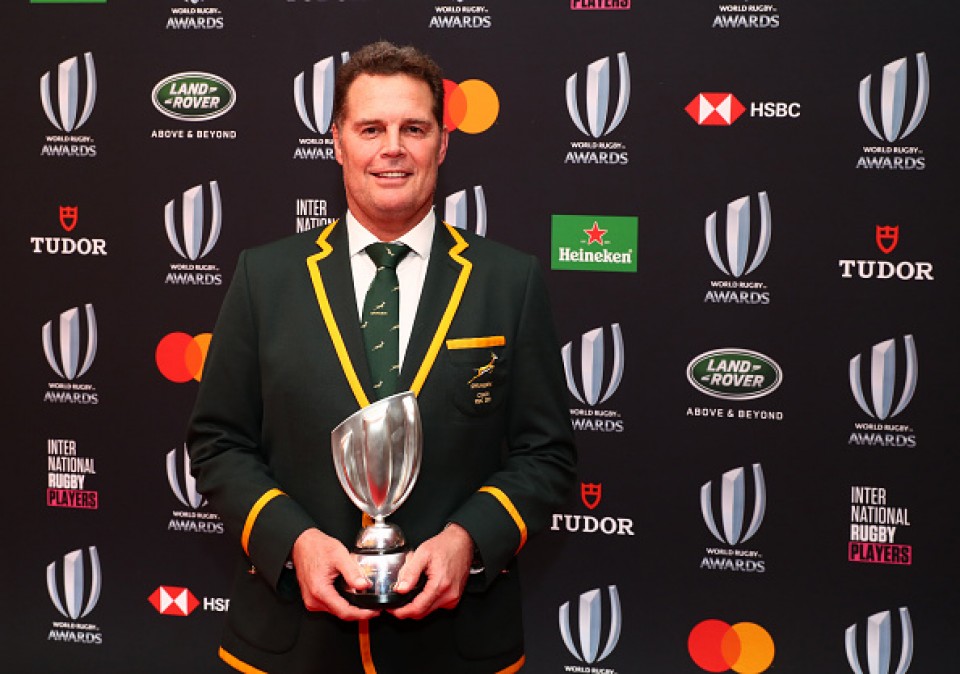