Japanese Prime Minister Shinzo Abe on Monday urged South Korean President Moon Jae In to stick to a 1965 bilateral agreement designed to settle all wartime compensation issues amid a lingering dispute over the matter.

Abe and Moon met on the outskirts of Bangkok at a time when bilateral ties have deteriorated to their lowest level in years over wartime labor compensation that has played out in a tit-for-tat trade spat.

It was the first time that the two leaders have held talks since they had a formal one-on-one meeting on the sidelines of the U.N. General Assembly in September last year. 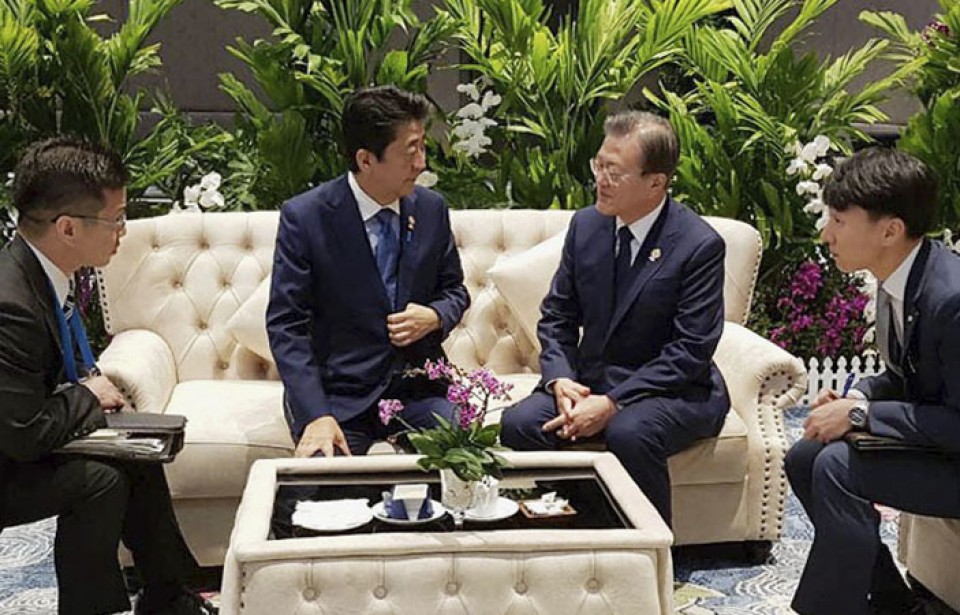 During their 11-minute conversation in a waiting room ahead of a summit involving leaders of the Association of Southeast Asian Nations plus Japan, China and South Korea, Abe and Moon agreed on the need to resolve outstanding bilateral issues through dialogue, the South Korean presidential office said.

They reaffirmed the importance of the two countries' ties in their "very friendly and serious" face-to-face meeting, it said.

Speaking to reporters, Japanese Deputy Chief Cabinet Secretary Akihiro Nishimura said Abe conveyed to Moon Tokyo's "basic stance," which means that the issue of compensation was settled by the 1965 agreement, under which it provided Seoul with $500 million in the form of "economic cooperation."

In response, Abe suggested that the two neighbors make efforts to explore solutions "through every possible measure," the South Korean side said.

However, Nishimura only said Abe has reiterated his position that outstanding bilateral issues should be settled by "exchanges between diplomatic authorities." 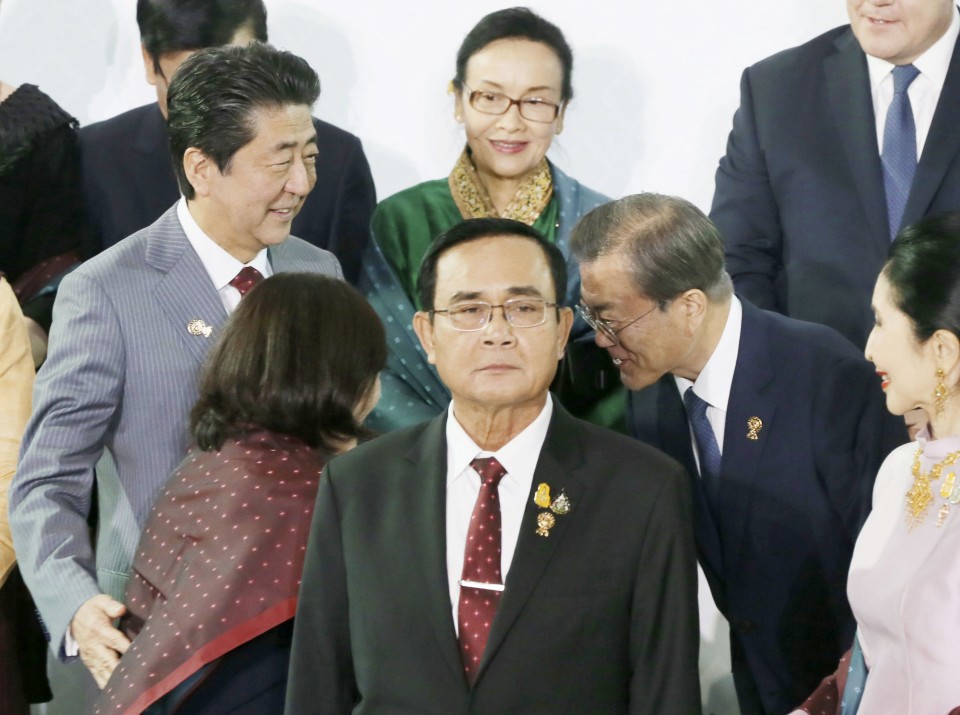 The two leaders also shook hands and chatted with each other during a gala dinner the previous evening.

But it remains to be seen when the two leaders can hold a formal meeting as Nishimura said Abe and Moon did not touch on the possibility of holding official talks in the future.

Tensions between the neighbors have escalated since October last year when South Korea's top court ordered a Japanese company to pay compensation for forced labor during Japan's 1910-1945 colonial rule of the Korean Peninsula.

The dispute has spilled over into areas of trade and security.

Japan imposed stricter export controls on some key materials needed by South Korea's tech industry, while Seoul has said it will end a military intelligence-sharing pact with Tokyo, which is scheduled to expire later this month.