A 14-year-old boy arrested for allegedly slashing an elementary school girl with a knife on a street earlier this week in Aomori Prefecture, northeastern Japan has told police he intended to kill someone, investigative sources said Thursday.

"I wanted to kill a person, anyone," one of the sources quoted the boy as saying. They said several box cutter knives were found in a bag he was believed to have been carrying at the time of the incident in Hachinohe in the prefecture.

The boy approached the sixth-grade girl from behind and slashed her throat as she was walking home alone from school at around 4:40 p.m. on Tuesday.

On Thursday, over 10 local policemen used a blue tarpaulin sheet to shield the suspect as they escorted him to a gray vehicle to send him to prosecutors. 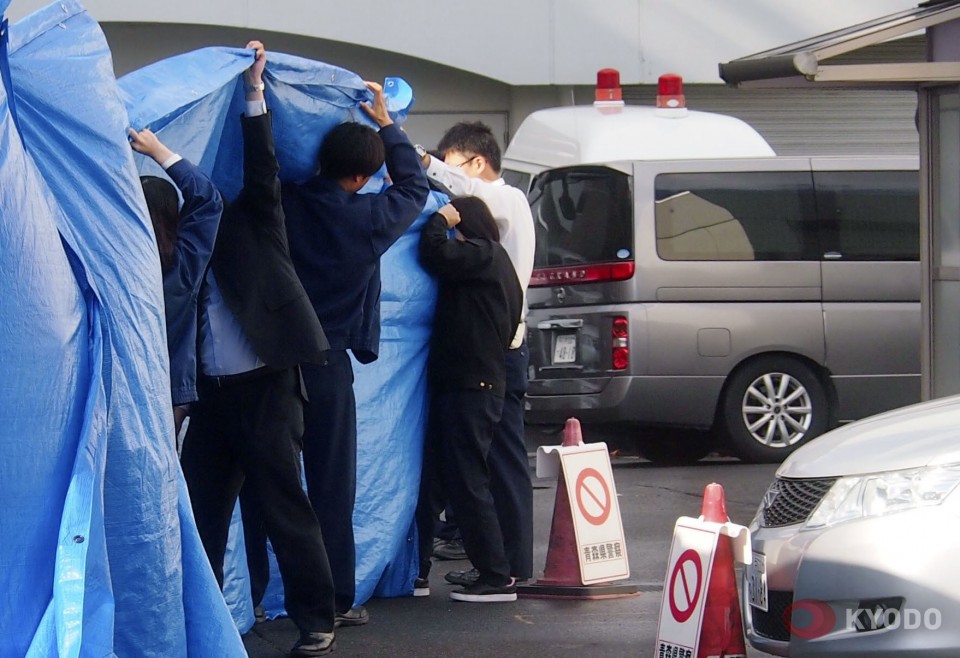 Japanese police do not release the names of arrested minors.

The girl, left with a 10-centimeter-long gash as deep as 1 cm, was taken to a nearby hospital and is able to speak, according to the police.

He may have attacked the girl when he was on his way home from his junior high school, the sources said. Investigators found the boy at a cram school in Hachinohe a few minutes after 8 p.m. on Tuesday.

They are working to track the boy's moves before and after the incident, and to find motives for his alleged attack.