Nissan Motor Co. has been mostly preoccupied with a management overhaul and infighting with alliance partner Renault SA since the arrest of former boss Carlos Ghosn a year ago, making only limited progress in fixing its battered earnings.

But analysts agree that the automaker needs to strengthen the alliance with Renault to remain competitive in the global auto industry, where the focus is shifting to autonomous, connected and electric vehicles.

Nissan needs combined efforts with the French partner to cut costs and share the investment burden in developing next-generation vehicles while it shores up its business, particularly in the United States. In the U.S. market, it has relied heavily on incentives to sell cars, denting profitability and hurting brand perception.

"The relationship they have with Renault, this alliance, it needs to be mended," said Christopher Richter, deputy head of research at CLSA Securities Japan. "Maybe the issue of whether they merge or not need not be addressed immediately but they need to have a friendly relationship with Renault."

"Because at the end of the day, the competitors are not standing still," said Richter, citing the recent plan by Fiat Chrysler Automobiles N.V. and French automaker PSA Group, maker of Peugeot and Citroen brands, to merge into what would be the world's fourth-largest automobile maker by volume.

"They either need to hang together or they are going to need to hang separately," he said of the Nissan-Renault alliance, which was created by Ghosn two decades ago and has grown to become one of the world's largest automaker groups. 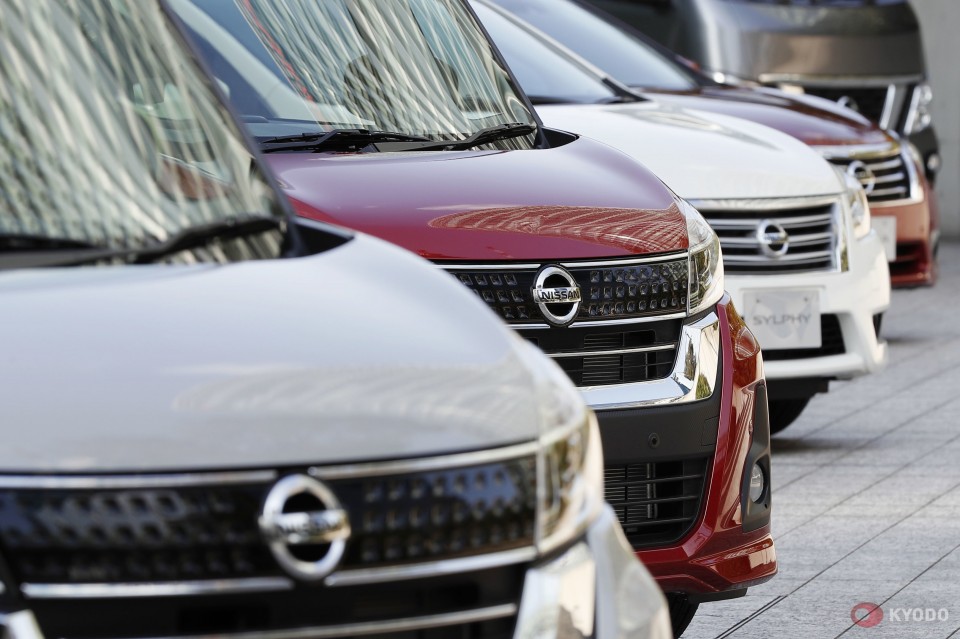 Analysts also point to the possibility of bigger automakers such as Toyota Motor Corp. and Volkswagen AG stepping up competition by allying with smaller rivals or teaming up with cross-industry partners such as technology companies.

"Toyota has recently been very open to partnering with companies beyond the auto industry. It is no surprise to see mobility-related tech groups choosing to tie up with a solid company like Toyota," said Tatsuo Yoshida, senior auto analyst at Bloomberg Intelligence.

"Nissan and Renault should not dwell on the reviewing of cross-shareholding structures or the possibility of a merger because their stances are conflicting and the issue will not be resolved anytime soon," Yoshida said.

"Nissan should rather concentrate on bringing out the full potential of the alliance -- that is the strength which differentiates it from Toyota or Volkswagen," he said.

Talk of a review of the capital alliance structure has been at the heart of tensions between Renault and Nissan. Renault holds a 43.4 percent stake in Nissan, which has a non-voting 15 percent stake in the French peer.

Before stepping down as Nissan chief executive in September, Hiroto Saikawa called for increased autonomy for the Japanese carmaker within the capital alliance, calling the current structure "unbalanced."

Renault Chairman Jean-Dominique Senard, meanwhile, proposed a merger of the two companies to Nissan this spring, which Saikawa rejected.

Adding to the complexity is the intervention of the French government, Renault's biggest shareholder, which is keen on enhancing the competitiveness of Renault and has pushed for a merger in the past, according to sources close to the matter.

Senard recently told a French radio station that he does not rule out the possibility of his company lowering its 43.4 percent stake in Nissan but also stressed that the issue is not a priority.

"Nothing can ever be excluded, (but) this is not what we're focused on," Senard told France Inter radio. "My obsession is for the alliance to take off in 2020."

Bloomberg Intelligence's Yoshida said, "It is not the time for Nissan and Renault to be stuck in a tug-of-war when their rivals are going ahead in the race." 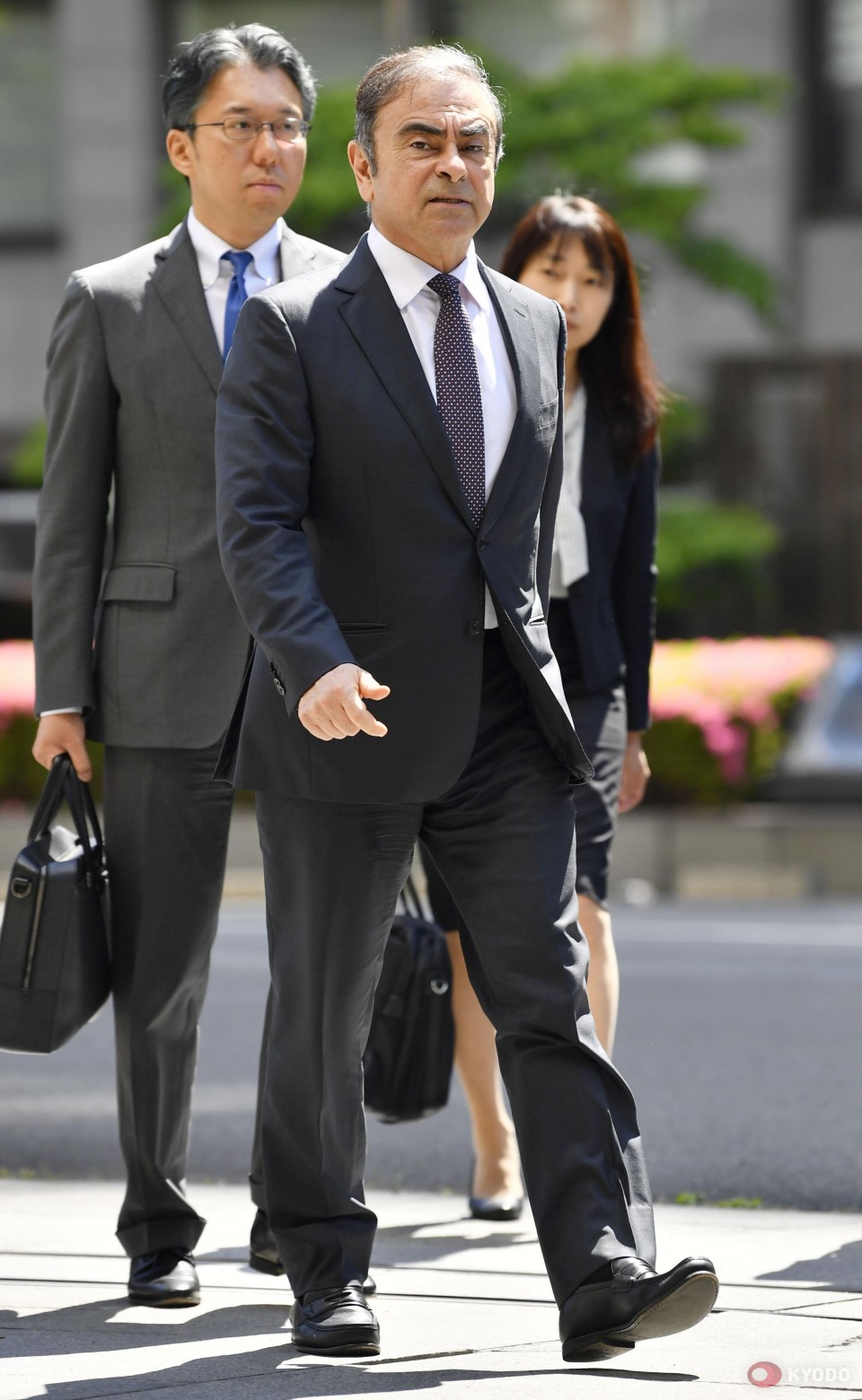 Saikawa resigned after admitting he was overpaid by an equity-linked remuneration scheme run by the company.

Nissan predicts a 10-year-low net profit of 110 billion yen ($1 billion) and 11-year-low operating profit of 150 billion yen in the current business year through next March, with sales dropping notably in North America, Europe and Japan and the stronger yen squeezing its profitability.

The carmaker announced in July restructuring steps including 12,500 job cuts in the next three years, aiming to depart from the aggressive expansion long pursued by Ghosn.

Gupta said earlier this month that through his experience at Nissan, Renault and Mitsubishi, he is convinced the three carmakers need each other more than ever at a time when current market conditions are posing new challenges.

Ghosn, who has been stripped of the chairmanship at Nissan, Renault and Mitsubishi and of the chief executive role at the French company since his arrest, is set to go on trial possibly next spring. Released on bail in April, he is set to assert his innocence of all charges.

The former auto industry tycoon has said he was the victim of a "conspiracy" by Nissan executives who felt that a possible convergence or merger with Renault would threaten Nissan's autonomy.

Despite the tough bail conditions, including limited internet use and banned contact with his wife, he is "well" and commutes to his lawyer's office almost every day to prepare for his trial, according to one of his lawyers, Junichiro Hironaka.