England sent Australia packing from the Rugby World Cup on Saturday, riding an outstanding defensive performance to a 40-16 quarterfinal victory.

Johnny May scored a double to help England's Australian coach Eddie Jones secure a seventh straight victory over compatriot and arch-rival Michael Cheika, whose side squandered several opportunities through poor decision-making and execution. 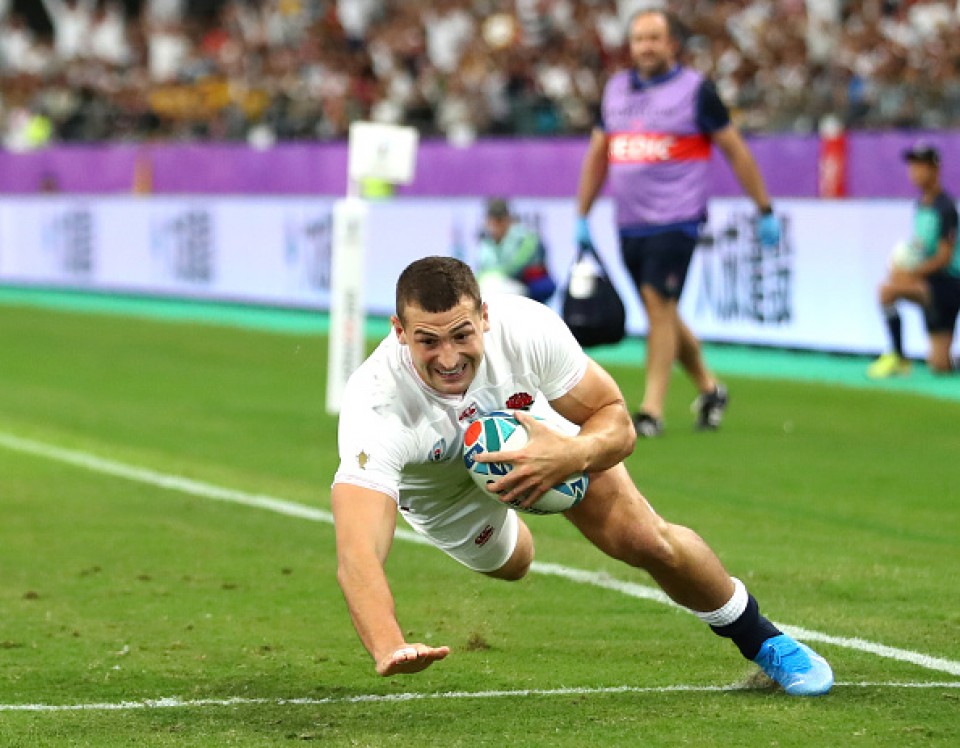 In the face of sustained pressure, the men in white put on a tackling clinic under the roof at Oita Stadium, running in four tries to one to eliminate the 2015 finalists and two-time champions.

After getting the start at flyhalf ahead of George Ford, Owen Farrell conducted England's attack masterfully. The 28-year-old playmaker kicked four penalties and four conversions to tally 20 points, the most by an English player in a single World Cup game.

Despite staying unbeaten in Japan with a succession of impressive outings, the 2003 champions have yet to reach their full potential at the tournament, Farrell said.

"This was a good performance, but we don't feel we are at our best yet. We are probably going to have to be better next week, so we are looking forward to working that out," the England captain said.

A victorious Jones bristled at the notion that he had "dropped" Ford to the bench, lauding the playmaker for his performance as a second-half replacement. 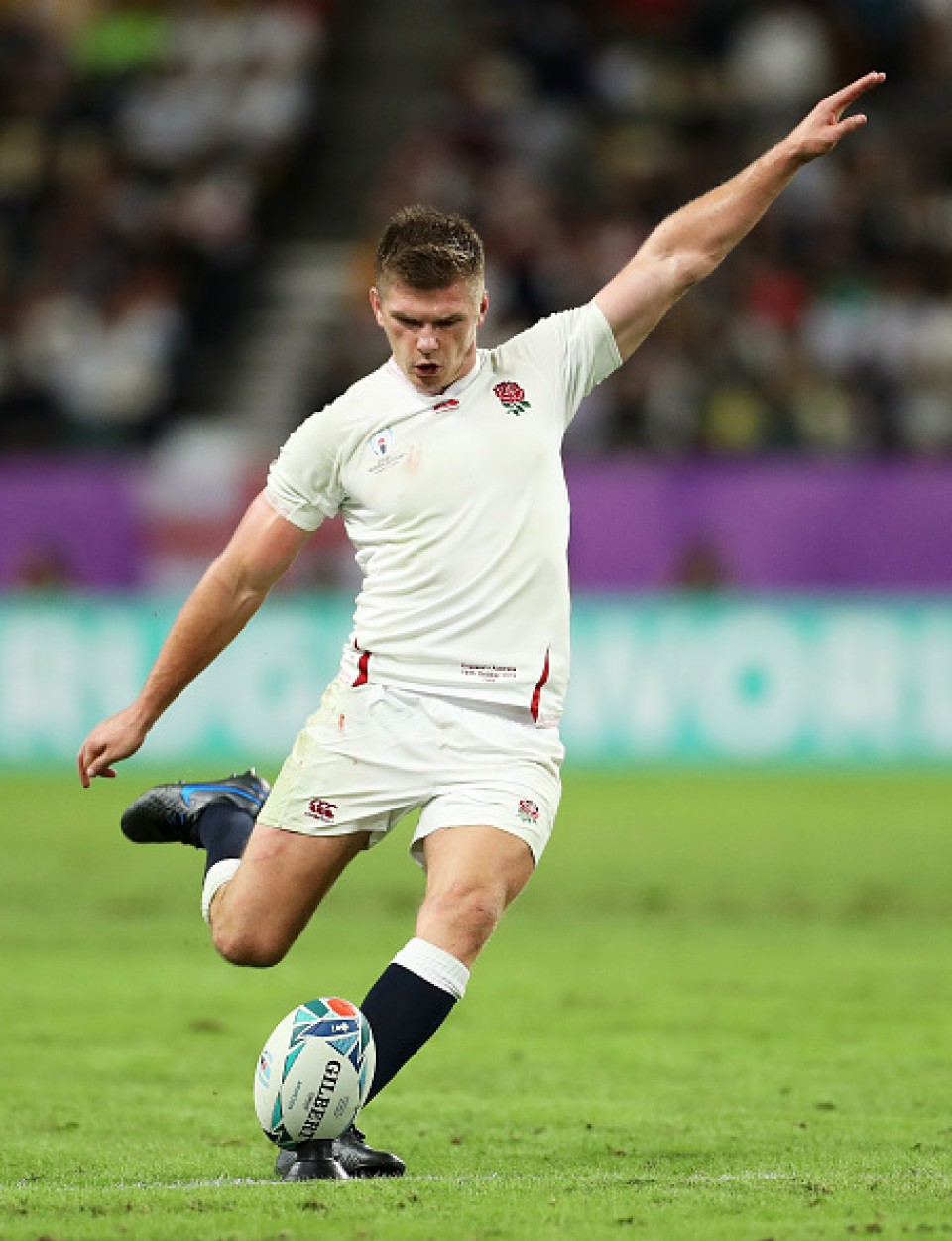 The Wallabies had the upper hand early with youngster Jordan Petaia quickly vindicating head coach Cheika's decision to start him at outside center in his third test.

The 19-year-old confidently collected a high ball in the air for his first touch, then broke the line with his next carry to put the Australians on the front foot in attacking territory.

His opposite number Henry Slade, meanwhile, showed rust following his seven-month injury layoff, missing a pair of early tackles before conceding the penalty that allowed Christian Lealiifano to kick the Wallabies into the lead in the 12th minute.

But after soaking up the early pressure, England turned their first prolonged period inside opposing territory into five points when May dotted down in the corner from an overlap on the left.

The winger had his second moments later after Farrell intercepted a bad pass from David Pocock inside England's half before kicking ahead on the break for May to score once again in the left corner. 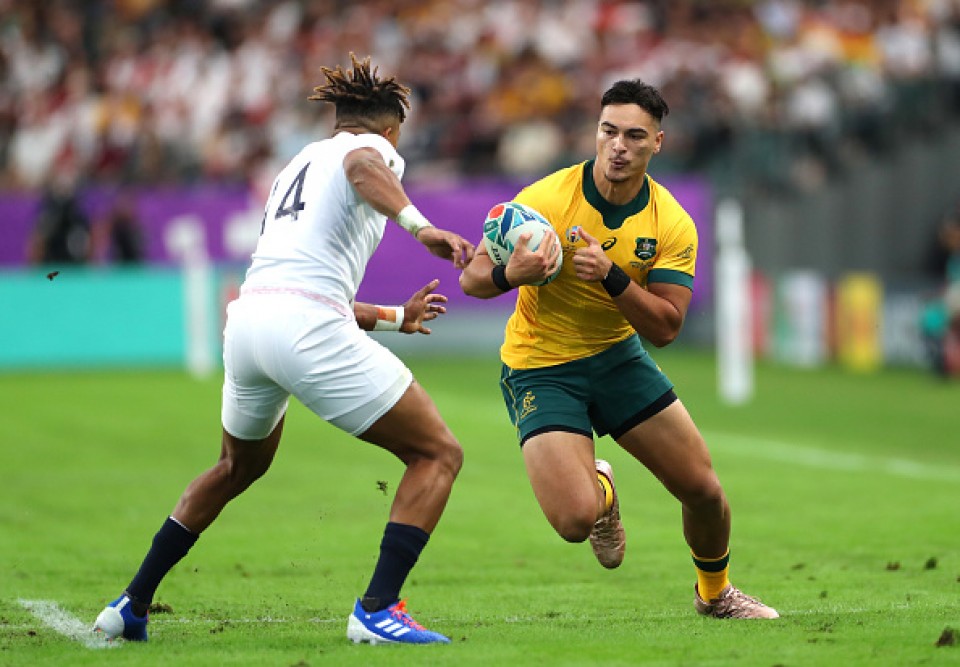 The Wallabies could count themselves lucky going into halftime down only 17-9, with all of their points coming from the boot of Lealiifano.

Marika Koroibete put Australia back in the game with a sensational try just three minutes into the second half. The Fijian-born winger collected an inside ball from Petaia before turning on the afterburners to leave England fullback Elliot Daly in his wake.

Lealiifano added the extras to cut the deficit to 17-16, but Jones' men quickly pushed the lead back out when Kyle Sinckler scored his first international try.

After laying siege inside the Australian 22, Farrell delivered a perfect flat ball for his big prop to burst through and delight the English contingent among the crowd of 36,954.

Trailing 27-16, Australia turned down easy points from successive penalties in favor of pursuing the try. But the gamble did not pay off, as England's stout defense proved up to the task.

An increasingly desperate Australia kept rolling the dice with risky passes, opening the door for Anthony Watson to add the exclamation mark with an intercept try in the 76th minute.

A disappointed Cheika said his team had stuck to their guns tactically, but made too many mistakes against an English side who were simply better on the day.

"We really went into the game looking to play our Australian style of footy, which we did a lot of, just not clinical enough to finish off opportunities," he said.

"(England) defended very well. Sometimes you have just got to suck that up and wear it, that's life."

With the loss, Australia drop from sixth to seventh in the World Rugby rankings, switching places with Japan, who now occupy their highest-ever position.