An elderly woman has recounted her final moments with her husband who died in typhoon floodwaters that swept into their northeastern Japan home, saying she held his hand until the very end.

Yuriko Sekine, 86, said on Wednesday that her husband Osamu thanked her "for everything" before he succumbed to the floodwaters in their home in the Fukushima Prefecture city of Iwaki.

The Sekines' home sits near the Natsui River which broke its banks after heavy rains hit the area as Typhoon Hagibis passed through on the weekend.

The couple was sleeping alongside each other in their futon bed when the water reached their home. Yuriko was able to clamber up onto a higher perch in another room to keep her head above the water but her 86-year-old husband who had limited mobility, could not. 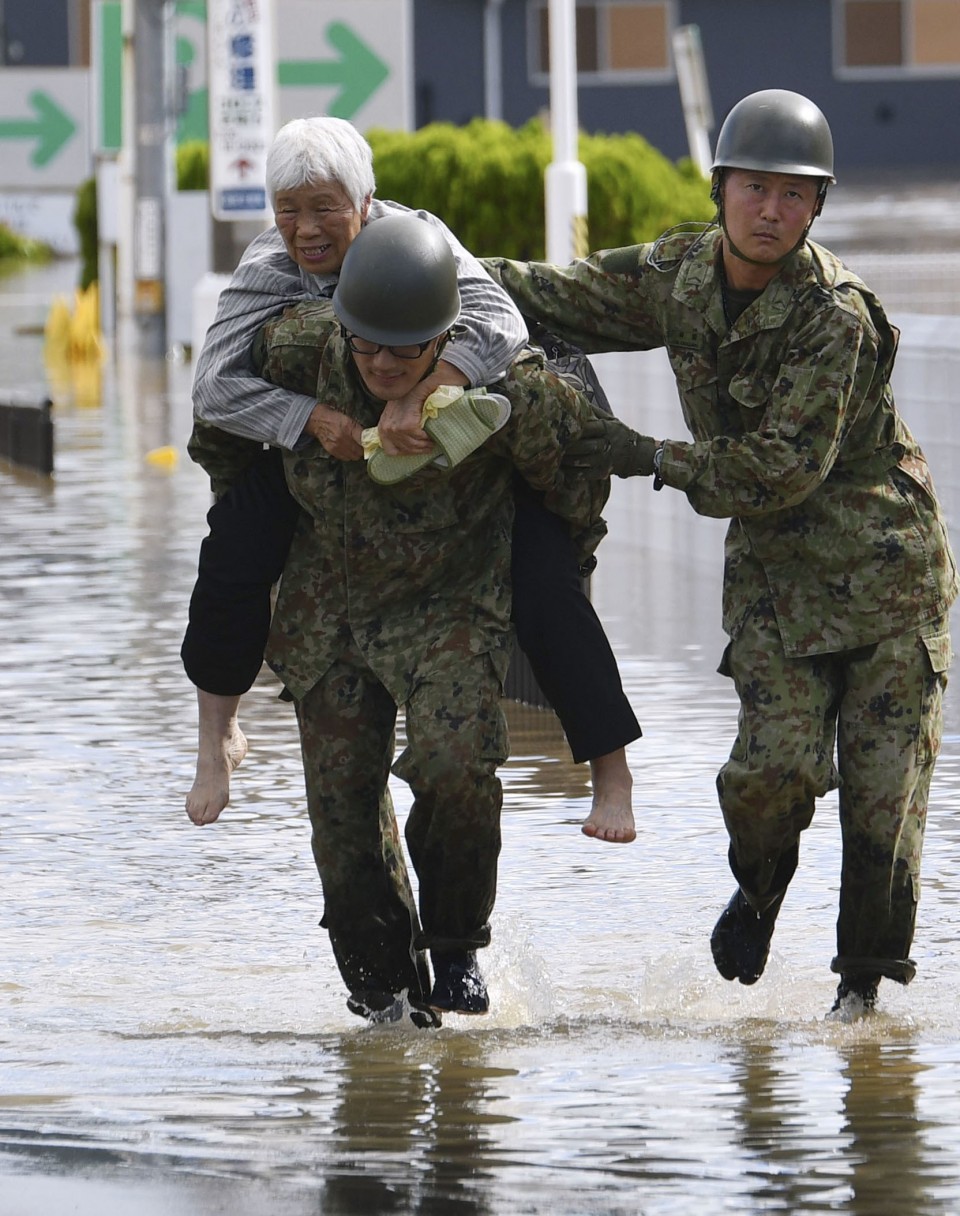 Initially, Osamu had tried to call for help from outside, but got no response, he also called emergency services, but no help came.

The effort of returning to his wife was such that he was unable to climb up next to her on the bed she was standing on, and Yuriko was unable to pull him up.

Despite making a huge effort to get himself into a position of safety, Osamu could fight no more and eventually sunk below the muddy water while still holding his wife's hand.

While cleaning her badly damaged home, Yuriko reflected on the life of her "gentle and humble" husband, a former clerk at a prosecutor's office who enjoyed fishing and gathering edible wild plants.

"He studied at home, too," she said upon discovering a muddied book about law and her husband's notebook.

Osamu is one of the 77 people who are known to have died in the Hagibis-related chaos, their home is one of more than 39,000 that were inundated across the country, but their tragic story is, unfortunately, just one of many.

Despite her personal tragedy being so recent, and her memory of holding her husband's cold hand so fresh, Yuriko, who was rescued the morning after the storm, was still able to reflect.

"The nice thing about being a married couple is being together," said an emotional Yuriko as her daughter and other relatives helped her clean her home. "Life changes when you're by yourself."

Over 23,000 hectares of Japan flooded by deadly typhoon