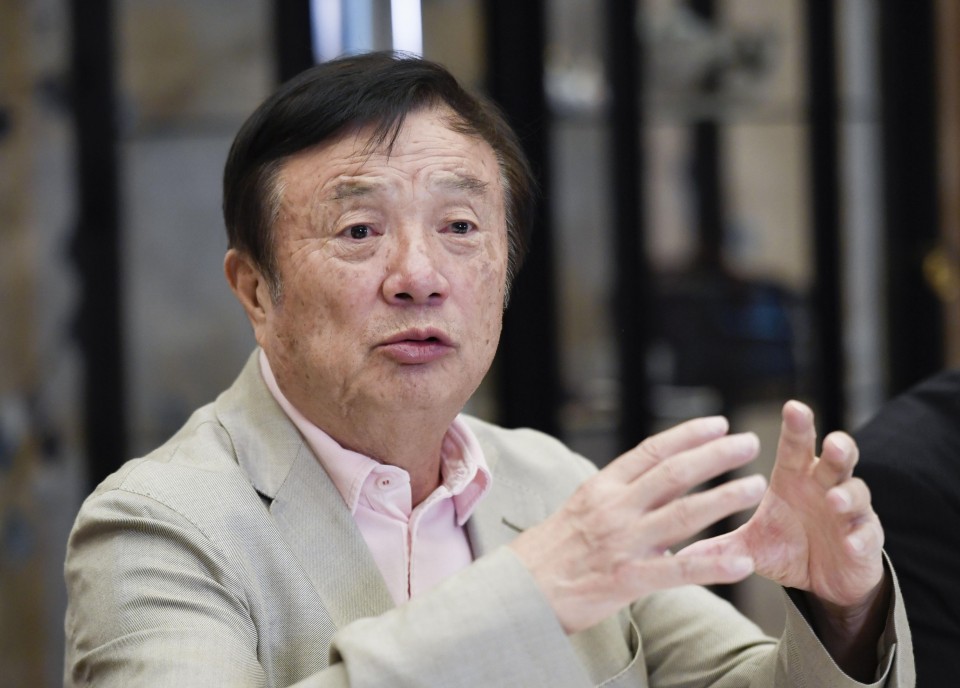 (Ren Zhengfei, chief executive and founder of Huawei Technologies Co., at an interview with Kyodo News in Shenzhen on Oct. 16, 2019.)

If China and Japan leverage the strengths of each other, "We can create great products," Ren said in an interview with Kyodo News in Shenzhen, southern China, where the firm's headquarters is located. It was his first-ever one-on-one interview with Japanese media.

"China has a certain degree of system competitiveness. Japan has excellent material science and exquisite craftsmanship," Ren said, adding, "We have invested heavily in Japan and will deepen our cooperation with Japanese companies."

As Washington has argued that Huawei products may be facilitating spying activities by the Chinese Communist Party-led leadership, Japan, a major U.S. ally, has effectively decided to exclude the firm from government contracts.

With fears growing that Huawei's corporate performance would deteriorate against a backdrop of trade restrictions imposed on its products since May on national security grounds, Ren's remarks suggested his company is keen to boost relations with Japan.

Over the past years, China and Japan -- the world's No. 2 and No. 3 economies -- have experienced a thaw in their ties that had been frayed over wartime history and territory since early 2010s. 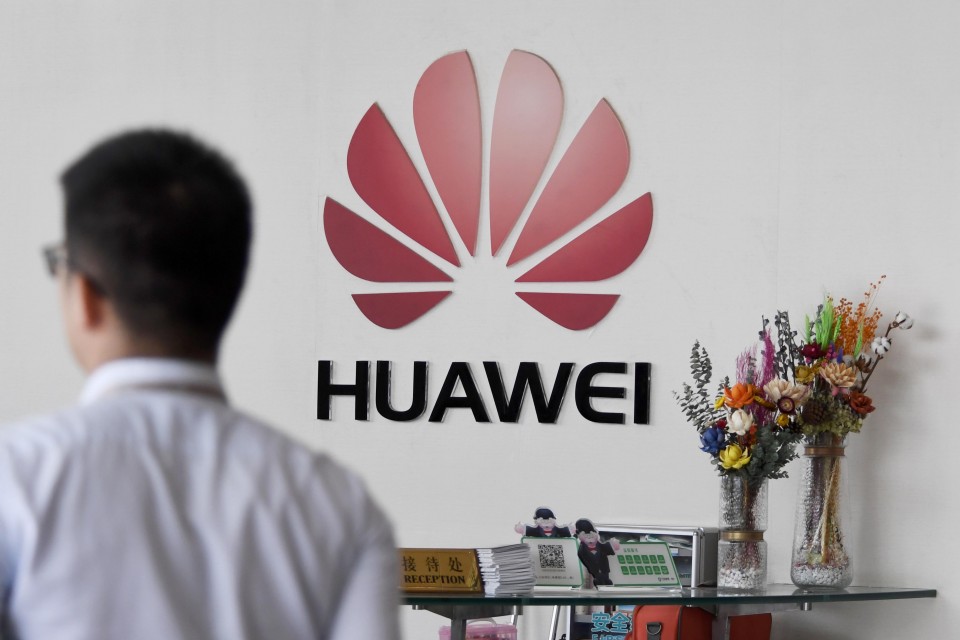 The two Asian countries have been stepping up preparations for President Xi Jinping's first state visit to Japan since he came to power in 2013. On that occasion, Xi is expected to hold talks with Japanese Prime Minister Shinzo Abe.

Emphasizing the importance of trying to form a "free trade zone" in the Eurasian continent to prop up regional and global economic growth, Ren said, "The key to this is the relationship between China and Japan."

"I very much hope that President Xi will have a very good hug with Prime Minister Abe when he visits Japan next year," he added.

Ren, meanwhile, said he does not expect a "new Cold War" to develop between Washington and Beijing even as the two countries engage in a trade war, given that China has been highly integrated into the open global economy.

"Some U.S. politicians hope that the United States will decouple its economy from China's, but many companies do not want it because it will dampen sales. How will it be accepted?" Ren said.

But Ren voiced concern that if the United States continues the restrictions for three to five years, the Chinese manufacturer could lose its "current position" as a leader of next-generation 5G networking technology in the world.

Since early 2000s, Ren has said that a future clash with Huawei's rivals in the United States and Europe was inevitable. He said the conflict that his firm actually has faced with the United States is "much more serious than we imagined."

Trump, who has pursued protectionist policies as part of an "America First" agenda, has also expressed wariness over China's advances in state-of-the-art technologies, with Washington having targeted Chinese goods related to them in the ongoing tariff trade battle.

Ren, however, said Huawei can survive by bolstering cooperation with enterprises in Japan and Europe as well as prompting research, citing achievements of Akira Yoshino, the Japanese winner of this year's Nobel Prize in chemistry.

"I hope Chinese scientists like Mr. Yoshino will work tirelessly to overcome some things in 38 years, 40 or 50 years and they will provide most advanced elements so that we can go ahead," he said.

As for the next phase of the recently launched 5G technology, which Huawei has started to work on developing, Ren said the so-called 6G technology will be put into practice within 10 years.

Huawei was founded in 1987 by Ren, a former engineer in the Chinese military.

Huawei hit by around 1 mil. cyberattacks a day: executive

The following is the gist of an interview with Ren Zhengfei, chief executive and founder of Huawei Technologies Co., by Kyodo News on Wednesday.

-- expresses strong hope for cooperation with Japan amid a trade war with the United States.

-- emphasizes the importance of trying to form a "free trade zone" in the Eurasian continent.

-- does not expect a "new Cold War" to develop between the United States and China.

-- voices concern that if the United States continues restrictions on its products for three to five years, Huawei could lose its "current position" as a leader of next-generation 5G networking technology in the world.

-- says the so-called 6G networking technology will be put into practice within 10 years.