Tonga overcame a slew of missed opportunities and a halftime deficit to claim a 31-19 victory over the United States on Sunday, ensuring they do not depart the Rugby World Cup in Japan winless.

Dominating territory throughout the game at Hanazono Rugby Stadium in Osaka Prefecture, Tonga took advantage of a tiring U.S. team to avoid the ignominy of finishing at the foot of Pool C. That dishonor goes to the Eagles, whose World Cup losing streak now extends to 10 games. 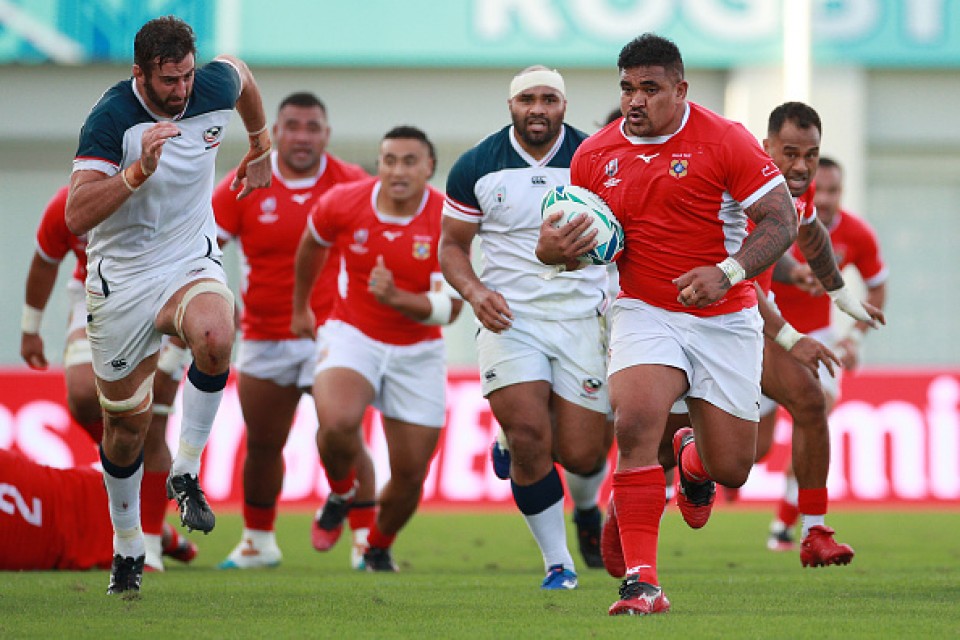 Siegfried Fisiihoi, Malietoa Hingano, captain Siale Piutau and Telusa Veainu scored tries for Tonga, while Mike Teo got a double and Tony Lamborn another for the Americans.

Piutau, who was playing the last of his 43-game career for Tonga on his birthday, was named man-of-the-match.

"What better way to celebrate a birthday to not only get a win but to get the accolades as well, and this on the back of the boys playing well. I am just grateful," he said.

Tonga coach Toutai Kefu said the game was just about following through on what had been built earlier in the tournament.

"We had a lot of positive opinions about us going into this game, with close games against Argentina and France, and we didn't want to change that with a poor performance against the USA," he said.

"This win is special because it finishes a campaign for us, finishes a World Cup...This group we have will never be the same, players and staff alike."

"This game, in particular, is really special to us because it's a great way to finish a campaign and a great way for us to say goodbye to one another," he said. 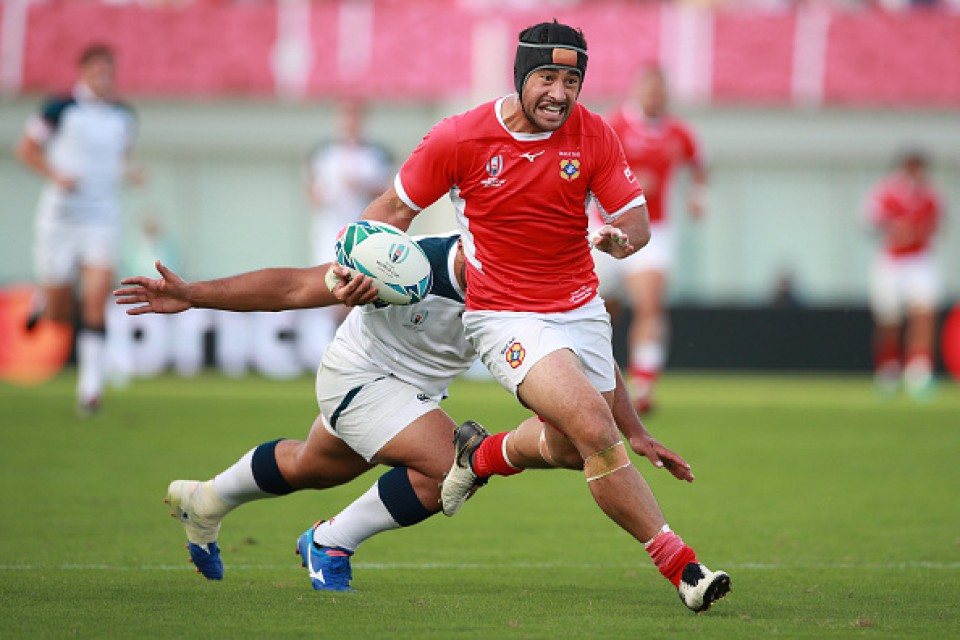 The United States had a stiff breeze at their back in the first half, but could not use it to gain territorial advantage, the Tongan running game allowing them to finish the first 40 minutes with a 69 percent territory advantage and 62 percent of possession.

Down 12-7 at halftime, Tonga came out and converted their possession into points, and once they retook the lead they were never headed.

It was also a game of missed chances for the United States, their coach Gary Gold said.

"It was lost opportunities, very disappointing from that point of view," the South African said.

"From another point of view I am incredibly proud of this group of players...there was certainly no lack of effort." 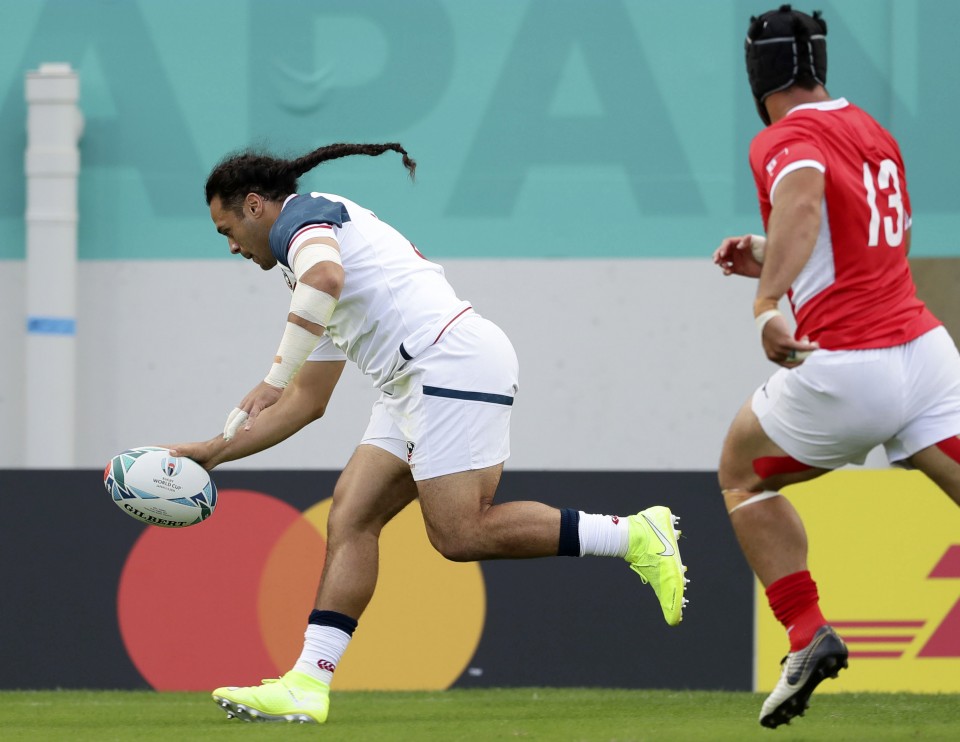 (Mike Teo of the United States)

In what would become a theme for the match, Tonga blew three great try-scoring opportunities in the first 15 minutes, more due to their own poor finishing than to the American defense, but they finally got on the board in the 16th minute when Fisiihoi finished off some tackle-busting running from Leva Fifita and Viliami Lolohea.

Just one minute after entering the field, Teo answered back for the Eagles, taking a pass from Cam Dolan, stepping inside and planting the ball perilously close to the dead ball line.

Teo was at it again six minutes later. Fullback Will Hooley finding him in enough space to cross and make it 12-7, AJ MacGinty having missed one of his conversion attempts.

Tonga wasted two more opportunities at the start of the second half, Fisiihoi and Veainu the guilty parties, but after taking three points to close the deficit, Tonga finally returned to the front in the 57th minute.

Hingano swan dived spectacularly over the line after a breakout, then Piutau broke through a tackle to add another five points, ballooning the lead to 24-12 after the successful conversions.

With a burrowing dive, Lamborn gave the Americans some late hope, his converted try slicing the deficit to five points, but Veainu got on the end of a Latiume Fosita grubber at the other end to finish it off and grab a bonus point with his team's fourth try.

Piutau was given the honor of attempting the conversion on the last try -- his final act in a Tongan jersey -- and he did not disappoint his teammates, striking straight and true.

"Obviously, to kick that conversion will go down as one of my highlights in this red jersey," he said.