Argentina scored seven tries and wrapped up their Rugby World Cup campaign with a 47-17 win over the United States on Wednesday, after missing their bid to reach the quarterfinals.

Los Pumas, ranked 10th in the world, finished their campaign with two wins and two losses in a difficult Pool C. The win over the Eagles guaranteed Mario Ledesma's men third place in the pool and an automatic qualification to the 2023 tournament in France.

"We all have been competing with the same goal of advancing from the pool stage. We were finally able to demonstrate the type of rugby we've been gunning to play," Ledesma said through an interpreter.

"It is disappointing and it hurts to think about it." 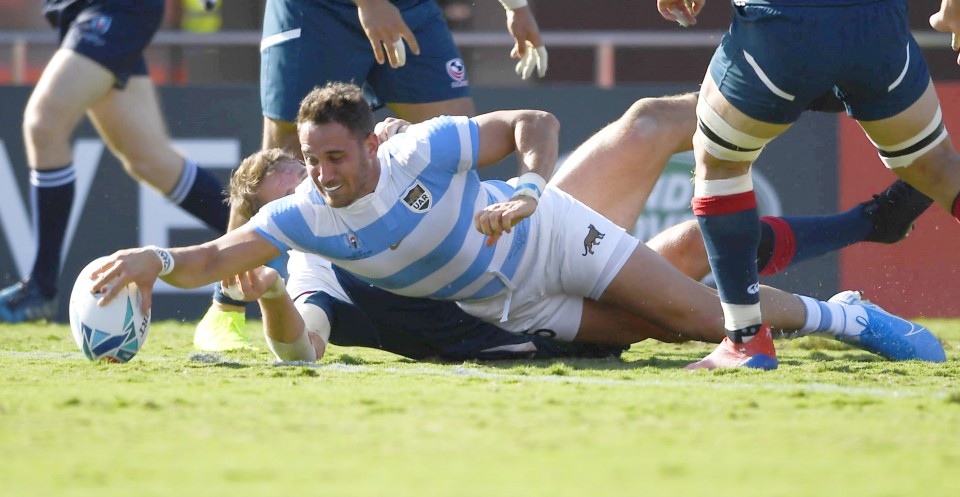 Pool heavyweights England and France had already booked their spots in the last eight with perfect 3-0 records. Those two teams are set to play each other Saturday. The United States will face Tonga in their final Pool C game.

In front of 24,377 at Kumagaya Rugby Stadium, Joaquin Tuculet and Juan Cruz Mallia each completed a brace of tries. Nicolas Sanchez recorded the opening try and the veteran flyhalf was nearly perfect with his boot, nailing five conversions.

Sanchez, the 2015 World Cup's top scorer, crossed in the 18th minute and set up Los Pumas' second try six minutes later. Tuculet touched down after catching a well-placed kick by Sanchez in the Eagles' in-goal area.

Tuculet crossed for the third try after catching a pass from Felipe Ezcurra and beating a defender, but the Eagles battled back with captain Blaine Scully dotting down on a grubber kick from AJ MacGinty to make it 19-5 at the break.

Argentina's speedy backs had the United States defense struggling in front of a vocal crowd, including many Japanese school children singing and waving flags.

Ledesma said the game held important meaning for his players because it was the final match played by veteran back-row forward Juan Manuel Leguizamon in the Los Pumas jersey. 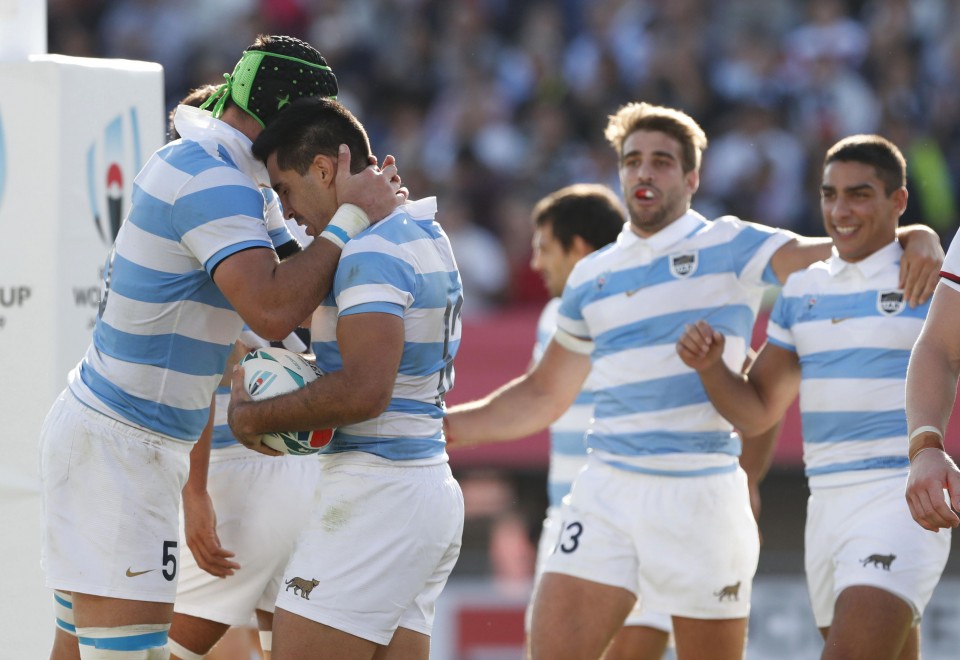 "They were playing for someone really special today, and I am really happy that he had the farewell he deserved," Ledesma said.

Leguizamon revealed earlier he will close the curtain on his international career at the end of their World Cup campaign.

"It's hard to say goodbye and to leave the jersey, but life is the way it is. But at one point you have to do it," he said. "But it's OK, I had the chance to wear my Argentina jersey one more time against the United States and we had a good game."

The Eagles were put on the back foot for the majority of the game, but Paul Lasike and Scully managed to score in the second stanza.

Despite the outcome, U.S. head coach Gary Gold repeatedly said he was proud with the team, who are playing in their eighth tournament.

"I'm disappointed in the outcome, but really proud of the effort from the guys. I think even the biggest cynic could see how hard the guys tried and how hard they worked," he said.

"I think the biggest thing is that every time we've taken the field we've got more confidence against the better teams."