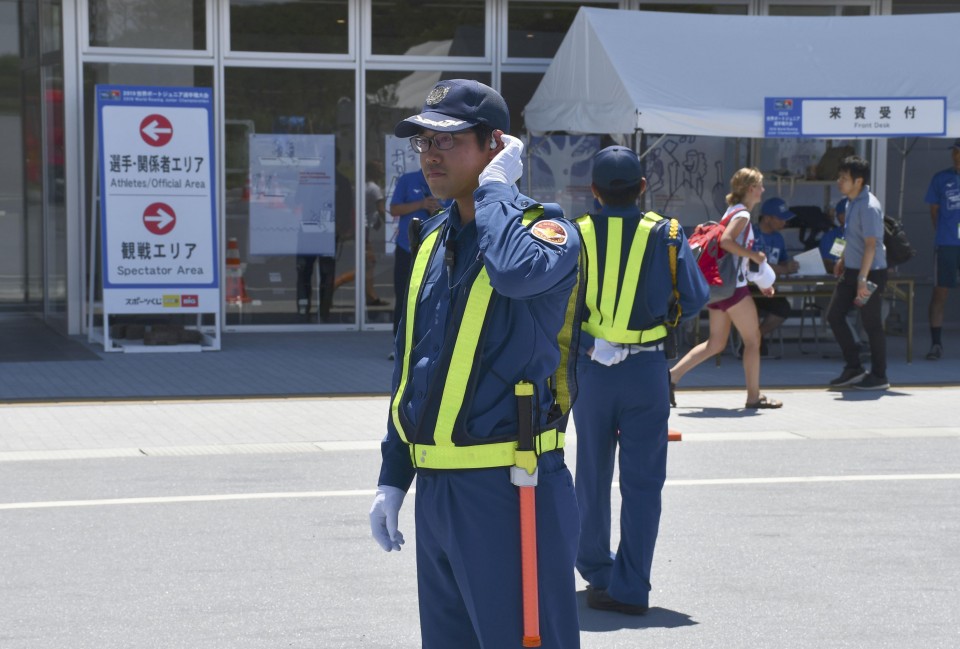 TOKYO - With less than a year to go until the start of the Tokyo Olympics, organizers fear they may not be able to recruit enough security staff and are looking to the Self-Defense Forces and sophisticated facial recognition systems for help.

Japan's 2013 bid documents showed a total of 50,850 security support staff would be required, but the final number of guards needed will likely exceed the initial estimate, with some venues being moved to different areas and new sports such as baseball and surfing added.

According to the All Japan Security Service Association, although there are around 550,000 trained security guards in Japan, at times the number of job openings is more than eight times that of applications, indicating a serious labor shortage.

"It's difficult to recruit people because the job offers relatively low pay despite perceptions that it involves a high level of risk and tough working conditions," an official of the association said.

"Some in the industry also tell me that it will be difficult to secure lots of guards for the Olympics because people already have their regular work," the official added.

In mid-August, several guards were stationed at a Tokyo venue of the World Rowing Junior Championships 2019, which Olympic officials also attended. The guards guided traffic upon the arrival and exit of the officials' cars to the event at the Sea Forest Waterway site in the waterfront area, in what served as a test run for next year's games.

With the mercury topping 30 C, one sweltering guard complained, "It's tough to work in this heat when important officials visit in many cars."

A joint venture led by major security firms Secom Co. and Sohgo Security Services Co. is in charge of staff provision and aims to recruit guards from all over Japan.

"Hundreds of companies have already committed to their involvement. We are confident we will be able to get close to 14,000 guards," an official of the joint venture said.

In past games, armed forces personnel were deployed to make up for a shortage of security staff.

Shortly before the 2012 London Olympic Games, the British government decided to dispatch around 4,700 troops after the firm responsible for security conceded it could not guarantee that it could secure the 10,000 staff required.

In January, the organizing committee for the Tokyo Games requested the Defense Ministry provide SDF troops to keep guard at venues in the event unforeseen circumstances would require their dispatch.

The committee also decided on the use of facial recognition technology to confirm the identities of Olympic officials entering venues, as a way of cutting down workforce numbers.

"The chance to engage directly in the world's biggest (sporting) event is a huge attraction," said a senior organizing committee official responsible for security at the games.

"We hope people who are unsure whether to apply will do so, reassured by our measures against the hot weather, including breathable and quick-drying uniforms," the official said.